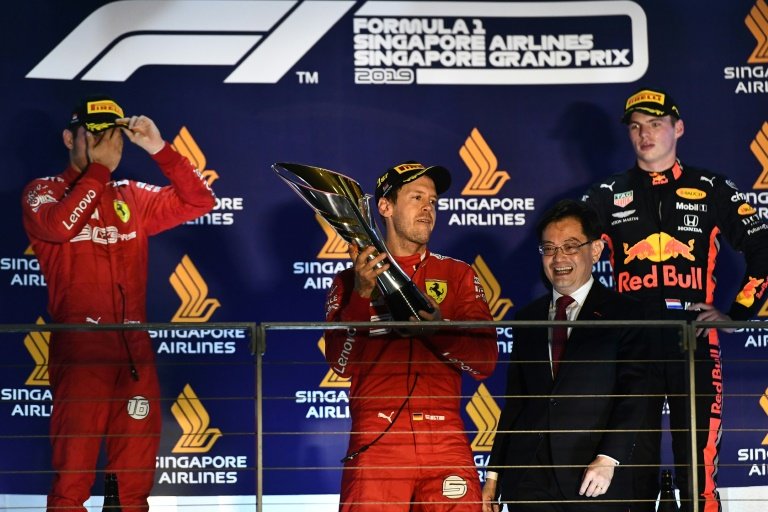 Max Verstappen said Red Bull will need to regroup ahead of the next race of the Formula One season in Russia, after his third-place finish at the Singapore Grand Prix on Sunday.

Red Bull had been expected to fight Mercedes for victory on a technical track that suited their cars and while Verstappen managed to get ahead of championship leader Lewis Hamilton, he was well off the pace set by the Ferraris, who claimed a one-two finish via Sebastian Vettel and Charles Leclerc.

"I have a few ideas why it went wrong, so we will analyse all of them and see if we can already be better in Sochi (for the Russian Grand Prix on September 29).

"The layout (there) is not that amazing for us but you can clearly see if the car is working through corners or not," he added.

"I think here, clearly, in too many corners the car was not working like I wanted it to. We'll go home and see what we can do better."

Verstappen had struggled in qualifying on Saturday, only managing to claim the fourth fastest time, but felt his Red Bull improved a little in race conditions.

"It was a bit better. I think in the race I could follow, a bit. I was not in a position to attack but at least I could follow the cars ahead of me around, they never really pulled away," added the Dutchman, who has won twice this season.

"Of course initially it was all about tire management anyway, so I was driving really slowly. I think we pitted at the right time, undercut Lewis (to get ahead of the Briton, that was very positive.

"From there onwards, it was just about staying alert with the safety car re-starts as well, but I think we managed everything quite well and I think for us after the difficulties we had in qualifying it was still good to be on the podium."

The third-place finish lifted Verstappen up to 200 points in the standings, 96 behind Hamilton with six races remaining.

His team-mate Alexander Albon was sixth leaving him eighth overall ahead of the race in Russia next weekend.