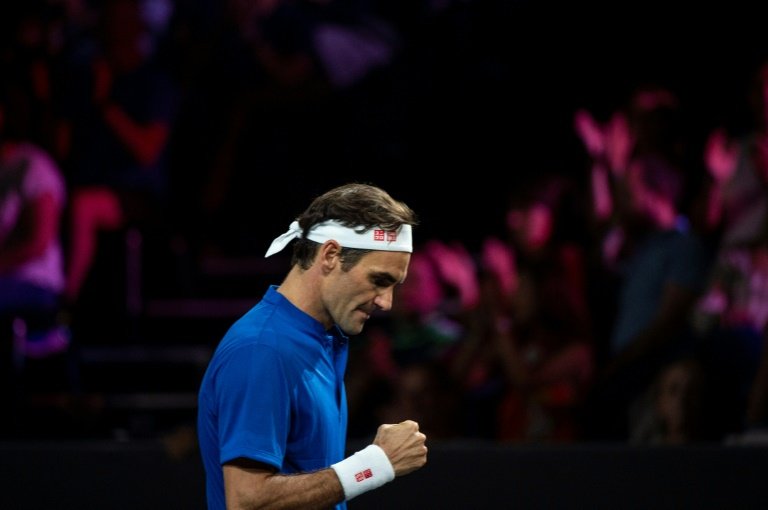 Alexander Zverev sealed a dramatic Laver Cup victory for Europe over Team World in Geneva on Sunday, as the German beat Milos Raonic in the deciding singles match.

The holders trailed 11-7 midway through the final day but Zverev, after Roger Federer had edged past John Isner, downed Raonic 6-4, 3-6, 10-4 to deny John McEnroe's visitors their maiden triumph in the third edition of the event.

Instead, Bjorn Borg's Europe made it three wins from three since the inaugural staging in 2017.

"Team World came once again very close but we won the right points and had maybe a little bit of luck," said captain Borg.

"I'm very proud of my team, they did a hell of a job. I'm a very happy captain."

After Rafael Nadal withdrew from Sunday's play with a hand injury, Isner and Jack Sock beat Federer and Stefanos Tsitsipas in the opening doubles encounter, before Taylor Fritz saw off Dominic Thiem to leave Team World one win from the trophy.

But Federer claimed a 6-4, 7-6 (7/3) victory over Isner to set up a winner-takes-all clash between Zverev and Raonic.

World number six Zverev took the first set courtesy of a break in game seven, with big-serving Canadian Raonic hitting back to force a super tie-break, saving four break points to serve out the second set.

But Zverev, selected by Borg ahead of Tsitsipas and Fabio Fognini for the first-ever Laver Cup decider, raced to victory as Raonic's serve deserted him.

"I've never played in something like that, it was unbelievable," said Zverev.

"It's very special, especially playing in front of those guys and them trusting me to play the last singles game. This event is something I hope to play in every single year of my career."

Europe will defend their title in 2020 at TD Garden in Boston from September 25-27.

Federer had to win a tense tie-break over world number 20 Isner to take three points in the penultimate match, smashing an ace on the final point to raise the roof in Geneva, after the American had somehow shot wide on the previous point with the court at his mercy.

"I'm thrilled that I was able to give something back to the team," said Federer.

"Obviously to see Rafa on the sidelines after having to pull out with an injury, it's great camaraderie I feel."

Team World had started the day 7-5 behind.

The American, himself a replacement for the injured Nick Kyrgios, followed up Isner and Sock's 5-7, 6-4, 10-8 defeat of Federer and Tsitsipas with a surprise tie-break triumph over world number five Thiem.

"That was such a big match for Team World to win, we really needed that," said Fritz.

"This has to be one of the biggest wins of my career. It means so much more when you're playing for other people as well."

This year is the first time the tournament has been played since being added to the ATP Tour.