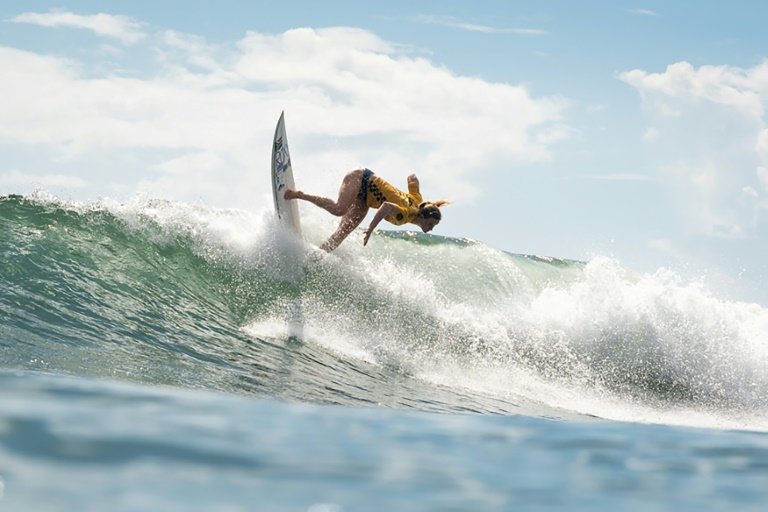 Bianca Buitendag is one of those surfers who exudes zen-like calm and looks at one with the ocean, but qualifying for the Tokyo Olympics has left the South African completely "overwhelmed".

The graceful 25-year-old booked a provisional spot for next year's Olympics at the World Surfing Games in Miyazaki at the weekend, an emotional release after a difficult few years.

"It's going to take a while to really understand the magnitude of the opportunity," Buitendag told AFP in an interview.

"It's a bit overwhelming really, the whole idea of being in the Olympics," she added.

"It's so bizarre. We grew up watching it on TV. My family don't understand any result I have -- but the Olympics is a universal word that everyone understands, so they understood that."

When surfing makes its first Olympic appearance at Tokyo 2020 Buitendag will not be short of support.

"It's a once-in-a-lifetime chance," she said.

"My family have already decided they're going to fly over so I've got to cater for about 20 people -- my mum is a big sports fan, she probably won't even watch the surfing, she'll just head to the track."

Buitendag's road to the Olympics is all the more remarkable after enduring a rollercoaster of emotions since 2015 when her surfer dad Colin passed away but she battled to a career-best fourth in the world rankings after runner-up finishes in Rio, Fiji and California.

She has struggled to replicate that form since, but Buitendag is daring to dream after claiming a continental berth for Tokyo 2020 alongside Japan's Shino Matsuda, Israeli Anat Lelior and Ella Williams of New Zealand.

"I just have no idea of what to expect," she said of the prospect of marching behind her country's flag at the opening ceremony.

"I'm doing my best to kind of formulate an idea in my head, but I know it's not going to come close to when it actually happens, my dear," added Buitendag. 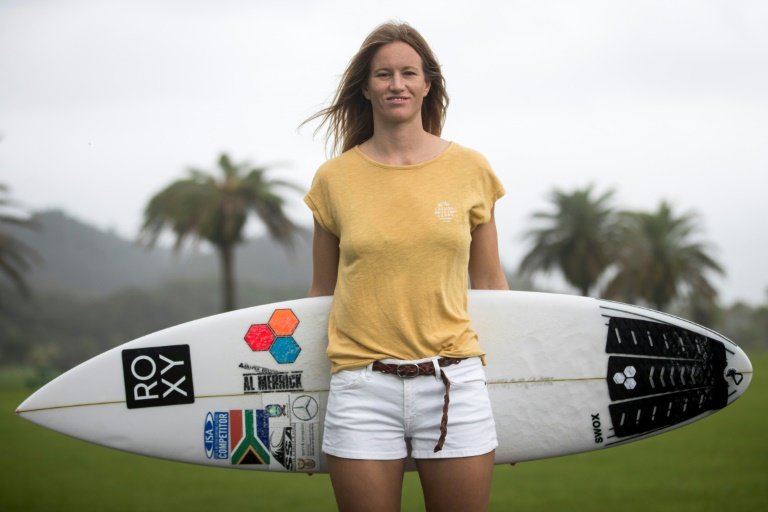 Bianca Buitendag is one of those surfers who exudes zen-like calm and looks at one with the ocean, but qualifying for the Tokyo Olympics has left the South African completely "overwhelmed", she tells AFP in Miyazaki / © AFP

"If you knew how special my country is to me, from what circumstance we've come and what realities we represent you'll start to understand how proud I'll be walking out there. I think I'll be in pieces."

Buitendag grew up near False Bay, outside of Cape Town, a notorious hunting ground for great white sharks but recalls being more frightened of big waves as a junior surfer.

"I guess you just naturally evolve past the fear," she smiled. "But we don't mind the sharks -- (attacks) happen occasionally, but it's worth the risk."

Buitendag does admit to some trepidation about the conditions that await surfers at next year's Olympics.

South Africa is known for its classic surfs breaks, but the smaller waves in Japan could throw the Olympic competition wide open.

"There are no magazine shots," smiled the former rookie of the year, referring to the giant rollers seen in Tahiti or Hawaii.

"It's a different type of surfing, more technical. When the waves are small and tricky it's a more open field. You're depending a lot on the natural condition of the ocean and not necessarily as much on your own abilities."

Being South African, Buitendag has one eye on the Rugby World Cup, which kicks off in Japan later this week.

"In South Africa, you're born a rugby fan -- you don't have much of a choice," said Buitendag, who was competing when the England team dropped by from their nearby training camp.

"I heard the England players came down but I didn't see them -- apparently they're monstrous!"