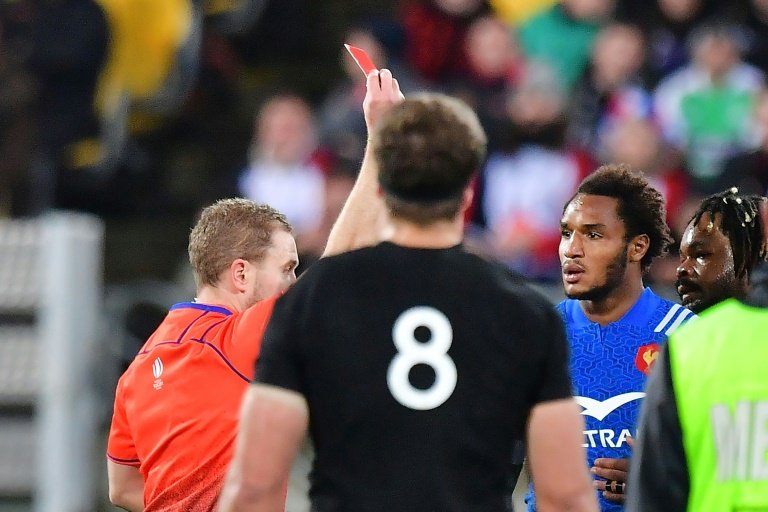 From slippery balls to a possible rash of red cards from high tackles, there is no shortage of potential talking points at this year's Rugby World Cup.

AFP looks at some of the possible themes at the competition, which runs from September 20-November 2 in Japan.

A controversial red card handed out to All Black lock Scott Barrett for a shoulder charge to the head of Wallabies skipper Michael Hooper sparked fears sendings-off could mar the World Cup.

"Player welfare is the number-one priority and the whole high-tackle framework was created to create some certainty," Gosper said in an interview with AFP.

World Cup referees' boss Alain Rolland warned officials will be rigorous in clamping down on high tackles but stressed the guidelines were drawn up with coaches and players and that there was room for discretion.

Referees will consider the extent of the head contact, the level of danger and any "mitigating circumstances" that could downgrade the card from red to yellow, Rolland said.

Meanwhile, players are already adjusting, with England fly-half Owen Farrell tinkering with his tackling technique to avoid falling foul of the guidelines.

Teams have already been exposed to the vagaries of the Japanese weather, with temperatures reaching 38 degrees Celsius one day and pouring with rain the next. 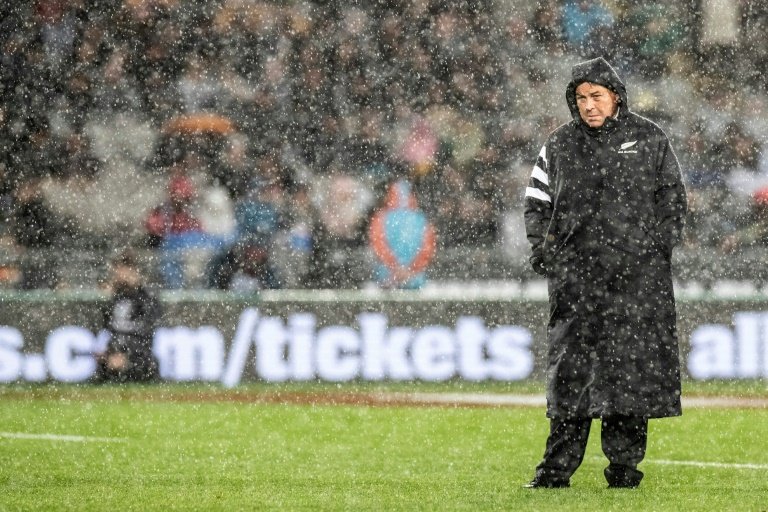 It was perhaps summed up best by Ireland fly-half Jack Carty who quipped: "Two days ago it was really, really warm –- I got scalded. Today it's raining so it's a bit like Galway."

Heavy rain is forecast for the opening weekend in Tokyo with temperatures dropping from 30 degrees to the high teens.

Japan is also constantly on guard for typhoons that could cause havoc to the World Cup schedule. Any cancelled match will be considered a draw if it cannot be completed -- raising the intriguing potential scoreline of New Zealand 0 Namibia 0.

Organisers point to "meticulous" contingency planning and hope they will not have to put it into place. However, a tropical depression is already forming to the south of Japan with the possibility it could turn into a typhoon for the start of the tournament.

With a high chance of rain as well as Japan's humidity, teams have been using a variety of methods to simulate the ball ending up like a bar of soap. 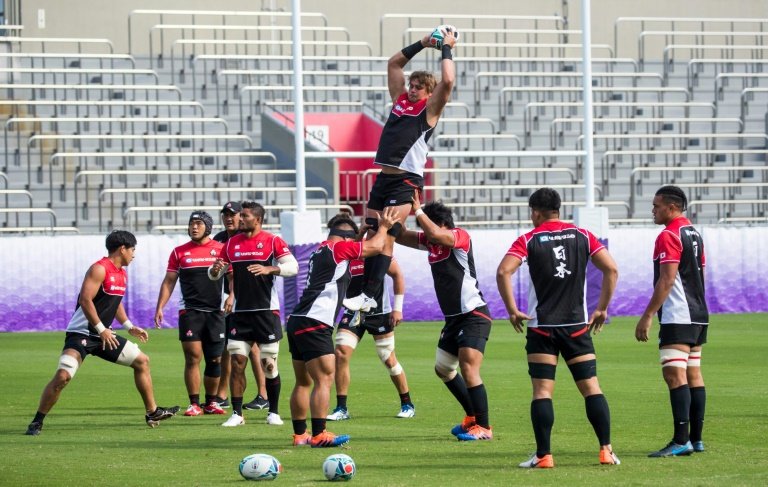 Warren Gatland's Wales have been adding oil to training balls to make them more slippery, resulting in a memorable quote from his New Zealand counterpart when asked about it.

"You said 'Warren Gatland has been putting baby oil on his balls'. That's probably not the headline you want.

"We've just been using plain old water. It seems to be working all right," said Hansen.

Meanwhile, Scotland have been raiding the shower, according to assistant coach Mike Blair.

"We had the shampoo and conditioner out over the ball in Edinburgh, and mainly just water here because the sweat is more of an issue. The wet is obviously not ideal, but the sweat is difficult to deal with," he said.

With the tournament seen as one of the most open in history and the gap between the haves and have-nots closing, organisers are hoping there will be some upsets to rival Japan's "miracle of Brighton" win over South Africa in 2015.

Japan will be targeting pool games against Ireland and Scotland as potential upsets and many are tipping Fiji to get one over Australia in pool D.

"It's always a great tournament when you get some upsets. Be good to see some tier-one to tier-two upsets," said Gosper, referring to the top and lower-ranked teams.

"There are a number of teams in the pecking order knocking at the door. So I think it will be the most competitive in a while," he told AFP.

They have been armed with the latest camera technology allowing them to zero in on trouble spots and will intervene when they spot "serious acts of foul play".

However, they have been urged only to step in when the referee has missed something "very clear" to avoid slowing the game down.