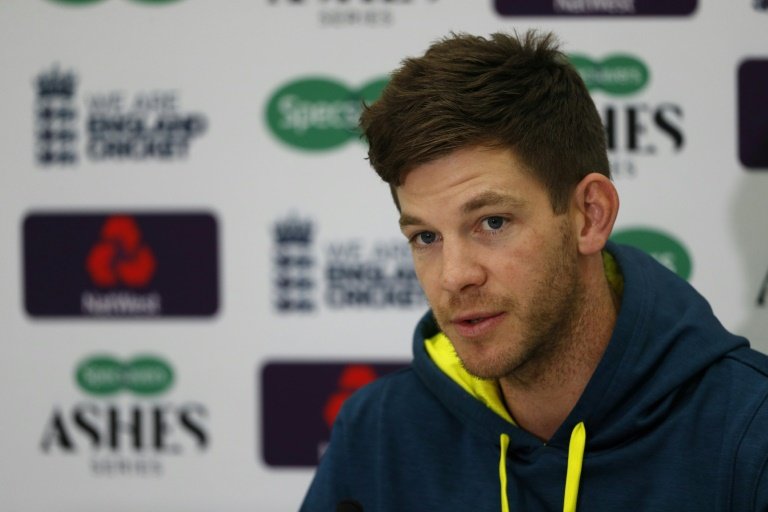 Australia captain Tim Paine won the toss and chose to bowl in the fifth Ashes Test at the Oval on Thursday as they chase their first series win in England since 2001.

The tourists won at Old Trafford last week to take a 2-1 lead in the five-match series, meaning they will retain the urn regardless of the result in London.

But Paine said his side were "very hungry" to complete the job.

To stand any chance of levelling the series, World Cup winners England will have to find a way to solve the riddle of the immovable Steve Smith, who has scored 671 runs in just five innings at an astonishing average of more than 134.

All-rounder Mitchell Marsh and seamer Peter Siddle have been brought in for the tourists, with batsman Travis Head and paceman Mitchell Starc missing out.

For England, Ben Stokes is playing as a specialist batsman due to a shoulder injury. All-rounders Sam Curran and Chris Woakes replace Jason Roy and Craig Overton.

"It's a little bit overcast," said Paine. "If it was sunny, we'd have had a bat but there's grass on the pitch and hopefully we can take advantage."

England captain Joe Root said he would have chosen to bat.

"It looks a good wicket," he said. "There is live grass so it might move around a little bit early on but it's dry underneath. We can't win the Ashes back this week but we can draw the series.

"There's plenty of incentive there and we'll do everything we can to win this game."