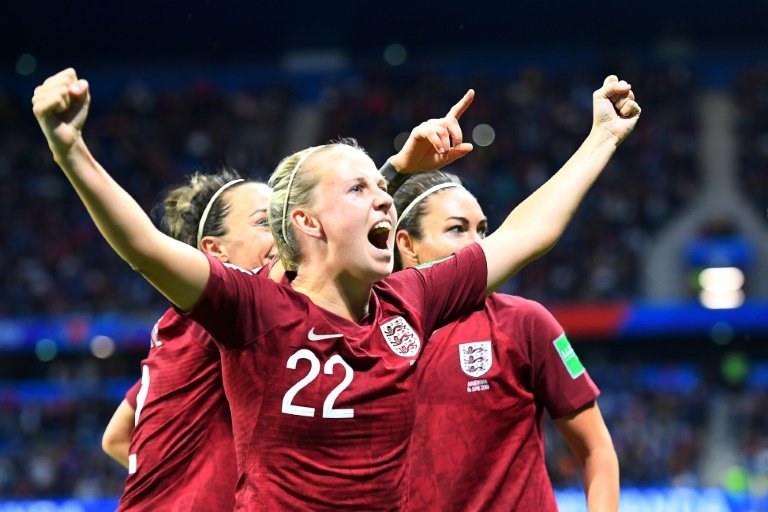 Lyon remain the team to beat when the women's Champions League gets underway on Wednesday, but Arsenal and England forward Beth Mead believes the time is coming to knock the relentless French champions "down a peg or two".

Arsenal travel to Italy to face Fiorentina in the first leg of their last 32 tie on Thursday after a first English title in seven years.

Mead was vital to that success last season, forming a prolific partnership with Dutch striker Vivianne Miedema, before starring in England's run to the World Cup semi-finals.

The Gunners are the only English side to win the top prize in women's European club football in 2007. But in the 12 years since, Lyon have become Europe's dominant force -- winning the Champions League six times, including the past four seasons.

Having seen international teammates Lucy Bronze, Nikita Parris, Alex Greenwood and Izzy Christiansen all leave England behind to join Lyon's ever burgeoning galaxy of stars, Mead is aware of the challenge facing anyone trying to end the French club's grip on the competition.

"When they buy a player it is one of the top-end players from any other team. They are a different class, I enjoy watching them," Mead told AFP.

"As an English player you want to see an English team knock them down a peg or two. I want to see them knocked down. We'll see if someone is able to do it one day soon.

"In saying that, half the team now are English!" 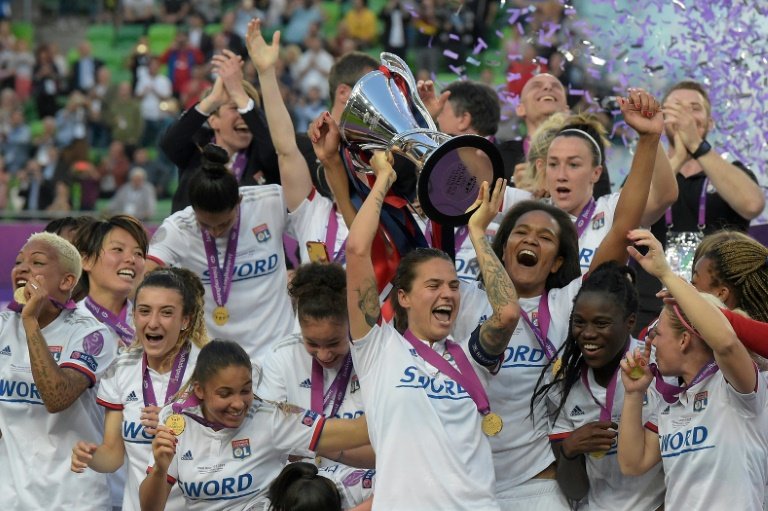 Mead admits that the facilities, conditions and success offered to Lyon's female stars makes them a dream destination.

At just 24, she is likely to be a future target should her rise continue.

After scoring nearly a goal a game in six years with Sunderland, a move to Arsenal in 2017 opened the door to international recognition.

A stunning strike to beat Brazil as England won the SheBelieves Cup earlier this year established Mead as a regular for her country. She was an ever-present as the Lionesses fell short at the semi-final stage for a third consecutive major tournament.

Two months on, defeat to the USA still hurts. After seeing off England, the Americans went onto lift a fourth World Cup against Miedema's Netherlands in the final.

Seven of the eight quarter-finalists in France came from Europe and Mead believes the developing European leagues, with the Champions League as the pinnacle, will see Europe's national teams surpass the USA.

"The USA are unbelievable but I actually think by comparison the European leagues are better," added Mead.

"I think America just have an unbelievable mindset that they are going to win, and they do, so fair play to them. We are getting closer, but it's just small margins."

Mead was sitting in the middle of a huge indoor articial pitch at Arsenal's London Colney training ground where facilities for the men's and women's teams are shared.

And soon they may too share a stadium on big occasions.

The start to the Women's Super League this weekend saw a record 31,000 attend Manchester City's derby with Manchester United at the Etihad, while 25,000 saw Chelsea see off Tottenham at Stamford Bridge.

Arsenal's women played at the Emirates last month in a pre-season friendly against Bayern Munich before the men's team took on Lyon.

Mead missed that opportunity due to her late return to pre-season after the World Cup, but is desperate for another chance, which is expected to come should Arsenal progress to the later stages of the Champions League.

"I think it is showing that movement in the women's game, that interest and clubs backing it to allow you to play in the big stadiums and hopefully try and get as many people there as possible."