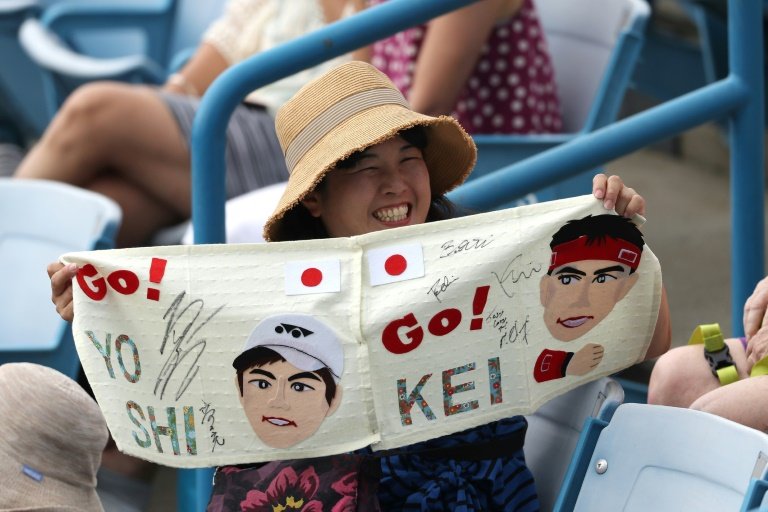 Divided loyalties: A fan holds up a sign during the Yoshihito Nishioka against Kei Nishikori match / © GETTY IMAGES NORTH AMERICA/AFP

Yoshihito Nishioka secured a dream result on Wednesday as he defeated longtime idol and Japanese countryman Kei Nishikori 7-6 (7/2), 6-4 at the ATP Cincinnati Masters.

Sixth-seeded Nishikori, Asia's top-ranked player, went down to his 77th-ranked compatriot, who came through qualifying, in just over 90 minutes.

For the winner, the second-round success was legendary.

"I was so excited to play with him, because he's the hero of the Japanese tennis, Asian tennis," Nishioka said.

"I couldn't sleep yesterday, I know him very well. I was watching him when I was junior. I was learning many things from him.

"I tried to go his weakness, I just wanted to be my best against my hero.

"This was a very important experience for me. Today I learned many things from him. The most important thing was to play with him."

Nishikori, a 2014 US Open finalist, has never been past the third round in Cincinnati while Nishioka is making his first appearance.

Nishioka will aim for the quarter-finals on Thursday against Australian Alex di Minaur.