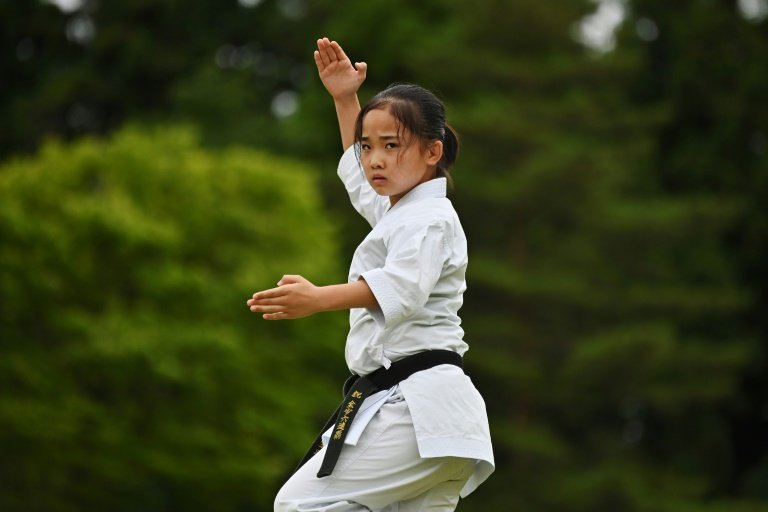 Sweat pours off Mahiro Takano as the 13-year-old karate black belt trades blows with a grown man almost twice her size, finishing with a blood-curdling roar, then a dainty bow.

The petite schoolgirl is used to punching above her weight -- since taking up karate in kindergarten she has done much to boost the profile of the Japanese martial art, set to make its Olympic debut next year.

But when Tokyo 2020 kicks off a year from now, little Mahiro will be too young to compete.

"It has been my dream to win an Olympic gold medal since I was small," Mahiro told AFP after training in her hometown of Nagaoka, a two-hour bullet train ride north of Tokyo.

"It's sad that the Olympics are coming to Tokyo and I can't take part because of my age."

Mahiro is the fresh face of a form of warrior combat dating back centuries to what is now Okinawa, in subtropical southern Japan.

She has helped put karate on the map in Japan -- where it has traditionally been overshadowed by judo and kendo -- by appearing in commercials since she was a toddler and acting as an ambassador for the sport. 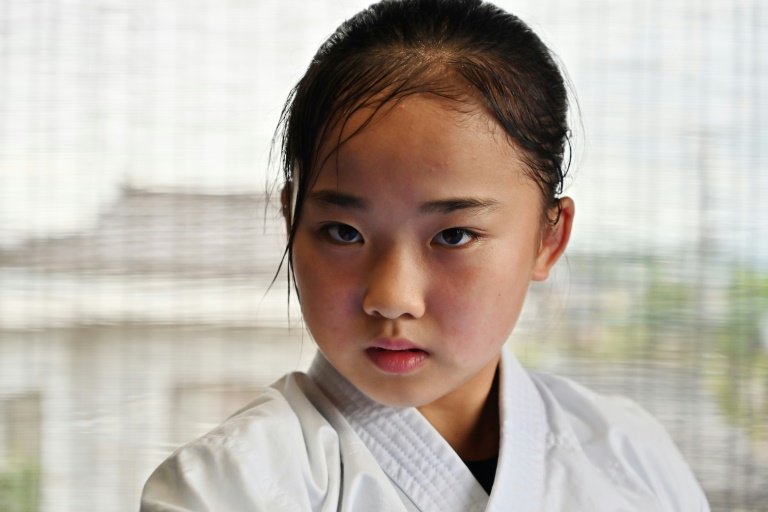 But Mahiro insists her Tokyo Olympic heartbreak will make her stronger.

"It gives me incentive to compete at future Olympics when I'm bigger," said the karate pin-up.

"I'll watch the Tokyo Olympics and learn from the world's best to be ready when my time comes."

However, Mahiro could face quite a wait to demonstrate her explosive technique on the Olympic stage.

Karate was left off the list of four sports recommended by 2024 Paris Olympic organisers, which included surfing, skateboarding, sport climbing and breakdancing -- all since approved by the International Olympic Committee.

A 1.46 metre (4ft 8in) bundle of energy, Mahiro has won a record six successive national titles at elementary school level.

Paired with a 43-year-old man during training, she is a whir of perpetual motion. 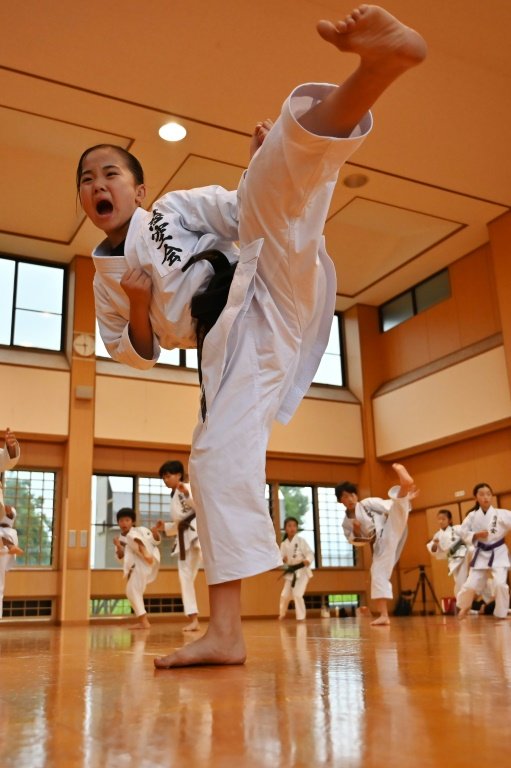 Ponytail flicking from side to side as she ducks under her hulking opponent and unleashes punches of her own, Mahiro's face contorts into a picture of intense focus, bordering on rage.

"I'm not trying to look scary," she said with a giggle. "But when I'm concentrating, my face naturally looks like that."

For Mahiro, the bigger they are, the harder they fall.

"It doesn't matter how big they are," she smiled. "I just give it everything I have."

Mahiro prefers the stylistic "kata" form of karate usually practised solo over "kumite", which pits fighters against one another.

"Karate makes me stronger and teaches me better manners," said Mahiro, who followed her elder brother into karate when she was four.

"It has helped me acquire good habits for later life."

Takako Kikuchi, who coaches Mahiro, knew her star pupil was special from day one -- and admits she can be a little intimidating despite her size.

"From the start she was different -- she wasn't your average four-year-old," said Kikuchi.

"Mahiro puts adults to shame with her fighting spirit.

"She becomes another person -- it can be a little scary," Kikuchi added with a laugh. "She's a real battler, but she's also very humble and eager to learn."

Kikuchi expressed sadness at karate's exclusion from the 2024 Paris Olympics, leaving it an uphill struggle to be reinstated for the 2028 Los Angeles Games.

"It's just achieved Olympic status, which is a great chance to raise the sport's profile in Japan," she said.

"It's a shock for everyone involved in karate."

As Mahiro packed up her karate gear, Kikuchi added: "Karate that builds character -- I'm sure it will return to the Olympics."

With Kikuchi out of earshot, Mahiro revealed a secret method she uses to polish her kata technique, one her sensei might not approve of. 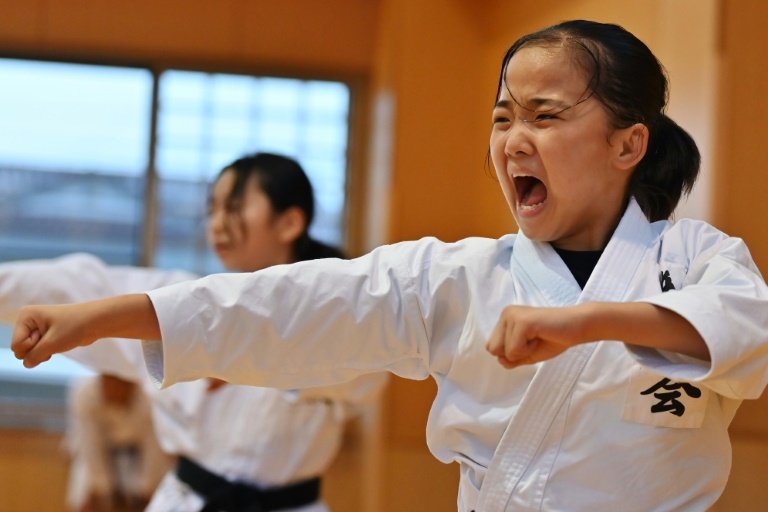 "I picture an imaginary opponent in front of me -- like my brother," whispers Mahiro Takano. "Because he's a real pain." / © AFP

"I picture an imaginary opponent in front of me -- like my brother," she whispered. "Because he's a real pain."

Away from the karate dojo, Mahiro says she is just a regular schoolgirl who enjoys chatting with classmates, reading and listening to Justin Bieber and Korean boy band BTS.

"But I love karate more," she insisted. "So I'll keep training hard so I can get to the Olympics one day."