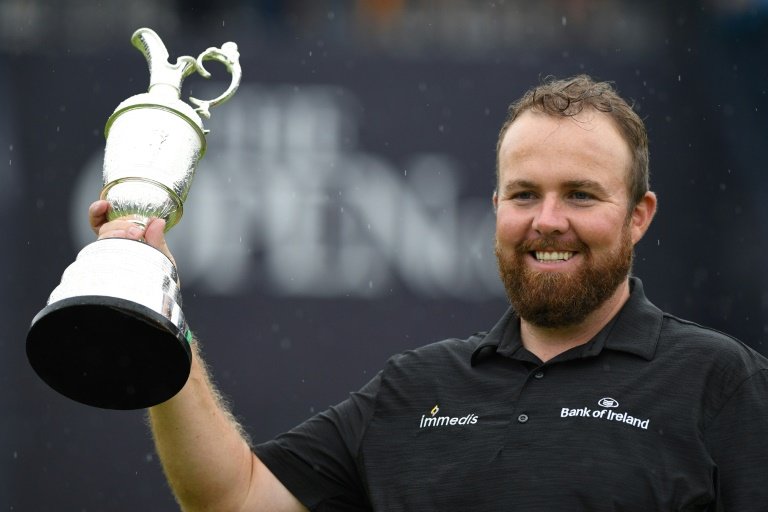 Shane Lowry ensured the British Open's return to Northern Ireland after 68 years had an Irish winner as he romped home for his first major by six shots on Sunday.

Here, AFP Sport takes a look at the best quotes from the fourth and final round:

"I'm feeling unbelievably calm, to be honest. I don't know why. It's not going to sink in for a couple of days, is it?"

-- Lowry is still coming to terms with being a major champion.

"I was warm enough. I'm not sure I was able to feel anything out there, I was so worked up."

-- Lowry on wearing short sleeves despite the pouring rain and howling wind.

"I'm proud of Portrush and proud of Northern Ireland and I'm proud of Ireland. Ireland is pretty proud as we watch Shane Lowry."

-- Portrush native Graeme McDowell reflects on the Open Championship's return to Northern Ireland for the first time since 1951.

"I'm sure there will be a couple of pints of Guinness this evening."

"It feels a lot rougher finishing when you feel like you've come so close to what you've dreamt as a kid."

"The first time today I'd actually say we've played the golf course the way it was meant to be played."

-- Scotland's Bob MacIntyre flourished in the wind and rain to finish sixth in his first Open Championship.

"It will be polar opposite to right now. I'm going home for a couple of days, so get to repack and will be packing shorts."

-- Tyrrell Hatton is looking forward to the sunnier climes of Memphis at the World Golf Championships next week.

"I'm not used to doing much on my birthday, but the last two birthdays have been very special."

-- India's Shubhankar Sharma after being serenaded with "Happy Birthday" by crowds on the 18th green.

"It was slow, but it wasn't that bad for his usual pace. I thought it was relatively quick for what he usually does."

-- Brooks Koepka on hanging around for playing partner J.B. Holmes, who went from third to 67th with an 87.