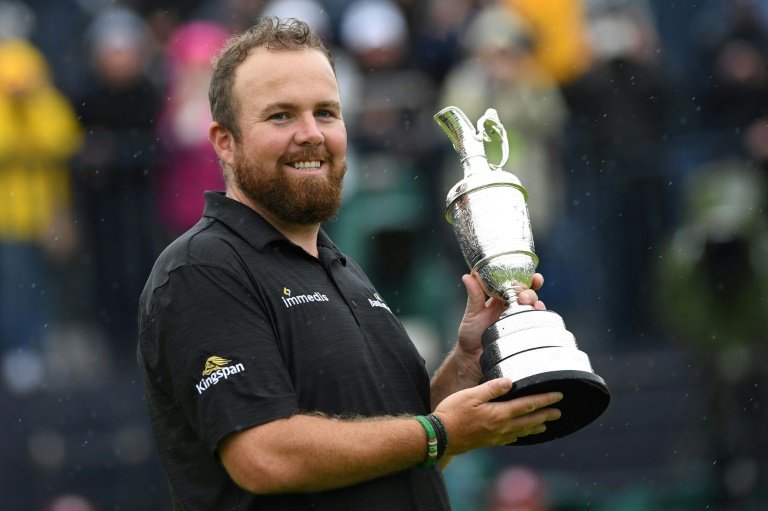 Ireland's Shane Lowry withstood howling wind and rain to win his first major at the British Open by six shots from Tommy Fleetwood on Sunday, describing the achievement as "an out-of-body experience".

In desperately difficult conditions, Lowry's one-over par final round was still more than enough as he finished on 15-under for the tournament to claim the Claret Jug.

"This feels like an out-of-body experience," said the 32-year-old.

"It's just incredible to be sitting here with a trophy in front of me.

Fleetwood could not apply enough pressure as Lowry never had less than a three-shot lead throughout his round and a double bogey at the 14th realistically ended the Englishman's challenge as he finished three-over for the day on nine-under.

"Fourteen was a killer blow." said Fleetwood. "Them first few holes, when you start four back are pretty crucial. I didn't do a good enough job of sort of pressing at that point."

Roared on by huge crowds despite the inclement weather at Royal Portrush, Lowry had a nervy start as he bogeyed the opening hole.

However, he looked set to romp to victory after making three birdies in four holes between four and seven to move to 18-under. 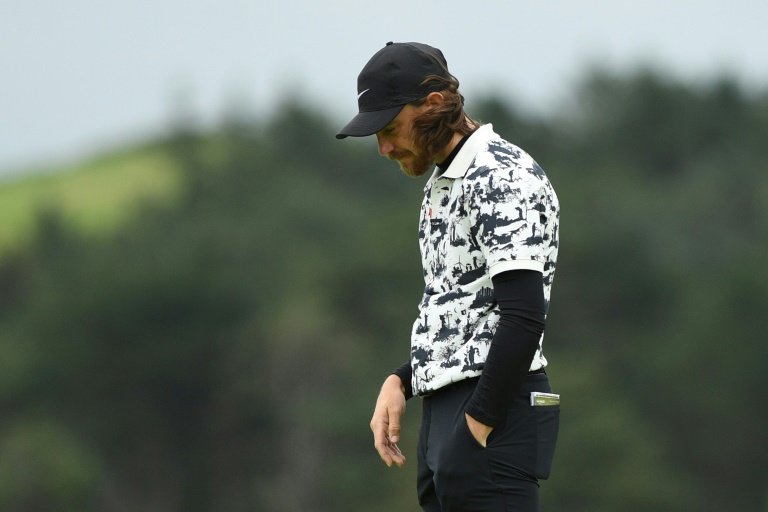 However, the world number 20 was also struggling and when a six at the par-four 14th for Fleetwood was followed by Lowry's birdie at 15 there was only one winner.

Lowry could even afford the luxury of revelling in a career-defining win as he headed down the 18th to the delight of the home fans in the first Open Championship on Northern Irish soil since 1951.

"I knew I was home and hosed down 18. I let myself enjoy it and it was incredible walking down 18, they were singing and going mad," added Lowry.

"It's funny, I sometimes struggle to play in front of the home crowd and have done in the past, but not over the last few days. I played lovely."

Neither of the final pair were ever under any pressure from the chasing pack as they dropped further back in the rough conditions.

American Tony Finau was the only man in the final 10 groups to manage level par for the day and took third place on seven-under.

World number one Brooks Koepka was hoping for the wind to blow Lowry off course, but it was his chances that were washed away early on.

Koepka battled back with an eagle at the fifth, but he narrowly missed out on becoming the first man to finish in the top three at all four majors in a calendar year in a tie for fourth alongside Lee Westwood on six-under.

"It was a great run for three of them and then this one, nothing you could do," said Koepka.

"Props to Shane, he played unbelievable golf. Today to shoot one-over in the lead with the conditions, that's unbelievable."

Westwood registered his 12th top-five finish in a major, but is still yet to win one as he slipped back from 10-under after 10 holes.

Scotland's Bob MacIntyre, in his first Open Championship, Englishmen Tyrrell Hatton and Danny Willett and America's Ricky Fowler finished on five-under for a share of sixth.

However, J.B. Holmes, who led at the halfway stage with Lowry and started the day in third, endured a horrendous day as the American shot a 16-over 87 to tumble down to 67th.