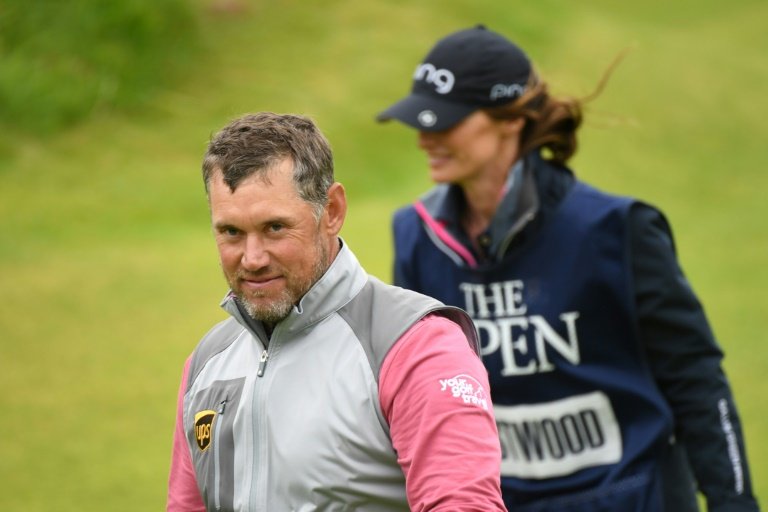 Westwood made an early move at Portrush before finishing fourth / © AFP

Lee Westwood said it was "brilliant" to book a return to the Masters in 2020 after a two-year absence following his tied-fourth finish at the British Open on Sunday.

The English veteran, one of the best players to have never won a major title, carded a two-over 73 in extremely difficult conditions at Royal Portrush to end six-under for the tournament, nine strokes adrift of winner Shane Lowry.

It was former world number one Westwood's 12th top-five finish in majors, three of which have come at the Masters, which offers invitations to the top four British Open finishers and ties.

"It would be brilliant. Augusta is a very special place," he said after his round, while nervously watching the television to see Brooks Koepka fail to make an 18th-hole birdie which would have pushed Westwood down to fifth.

"I played great (there) in the past, I had a chance to win it. Augusta is another one I don't strictly think it's a bomber's (big hitter's) paradise, although I think it helps.

"If you've played it a lot and you play it well, there's a lot of repeat winners. I feel like I can get it around there. I've had a couple of close calls."

Westwood was runner-up to Phil Mickelson in the 2010 Masters after leading heading into the last round, and also finished tied-second behind Danny Willett in 2016.