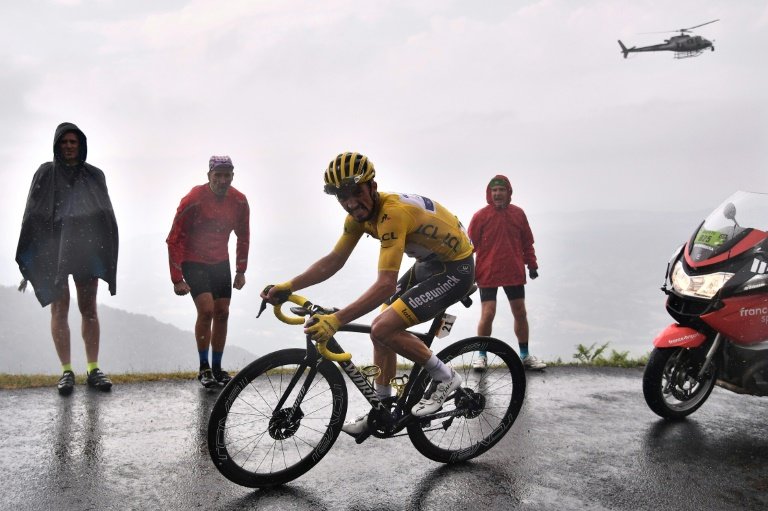 Breakaway specialist Thomas De Gendt soloed to a popular victory, culminating with a finely calculated, high-speed, downhill dash. But on the eve of the national holiday Julian Alaphilippe, called the 'darling of France' by Geraint Thomas, thrillingly won back the yellow jersey. Alaphilippe had worked with compatriot Thibaut Pinot in a breakneck dash to Saint-Etienne, ripping the yellow jersey back from the grasp of Italy's 24-year-old break out star Giulio Ciccone.

Bastille Day turned into a damp squib as South African Daryl Impey gatecrashed the party to prevail, edging a three-man dash to the line before the peloton trailed home 16 minutes later. Local fans had to settle for Alaphilippe keeping hold of the yellow jersey on their national holiday.

Dutch rookie Wout van Aert won as Alaphilippe extended his overall lead after a blistering late charge split the peloton in a crosswind on the narrow road to Albi after defending champion Thomas and his Ineos team joined Alaphilippe's charge. When the dust settled five of their rivals trailed in 1min 36 adrift at the finish line in the red roofed south-eastern town on the banks of the Tarn river.

Pocket rocket Australian sprinter Caleb Ewan picked up his first Tour de France stage win in a mass dash at Toulouse settled by a photo-finish with Alaphilippe keeping the overall lead. The diminutive 22-year-old Ewan said victory "almost" made up for leaving his country, where he had abandoned his wife and his baby daughter to race his first Tour de France.

Another Australian was in the news here as world champion time-triallist Rohan Dennis stepped off his bike in a huff and left the Tour de France refusing to say why. It was also the Briton Simon Yates's turn to win his first ever Tour de France stage as he came home as part of a long range breakaway over two tough climbs as a top 10 shake up failed to materialise. "I'm here to help Adam," he said of his twin brother and Tour captain, "Now it's back to the day job." 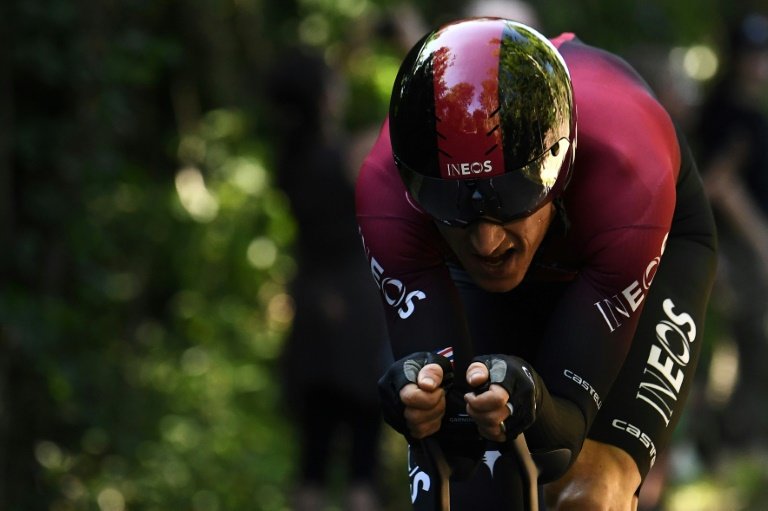 Thomas complained he got overheated as fans went wild in Pau when against all hope Alaphilippe won the individual time-trial. Not only keeping the yellow jersey, but extending his lead over Thomas by 14sec, but also shocking the Welshman out of his complacency. "If he carries on like this, he'll win the Tour," said a flabbergasted Thomas.

Thomas wobbled for a second day as rivals both fell by the wayside on the upper reaches of the classic Tourmalet climb in the Pyrenees, but also came out of the woodwork as somehow Alaphilppe beat Thomas again, with a resurgent Pinot winning the stage and Ineos co-captain Egan Bernal, 22, emerged from the 33-year-old Thomas' shadow. Adam Yates and Dan Martin both lost major time however and Thomas was still left in second.

Alaphilippe dug deep to keep the overall lead as Simon Yates captured his second stage while Thomas kept his title defence hopes alive after a late surge. Pinot, who climbed to within 15sec of Thomas in the overall, arguably produced the performance of the day.