The British Open's return to Northern Irish soil for the first time in 68 years this week brings some blessed sporting relief for a region in uncertain political times.

Not since 1951 has golf's oldest tournament been held outside Scotland or England.

But the eyes of the world will be on the small seaside town of Portrush, with a population of just over 7,000, from Thursday as the likes of Tiger Woods and local hero Rory McIlroy battle for the Claret Jug.

A return to Northern Ireland was ruled out for many years by "The Troubles" - a 30-year period of politically and religiously motivated violence.

However, The Good Friday agreement, a peace deal reached in 1998, paved the way for a brighter future for the region.

"As a kid, I started playing golf in Dungannon and Dungannon was probably the most bombed clubhouse in Northern Ireland," 2011 British Open champion Darren Clarke, who will hit the first shot of this year's championship, told the Daily Mail.

"That was growing up in Northern Ireland. I had friends and relatives who were murdered, all sorts of bits and pieces. It just happened."

As the peace process flourished, the possibility for Portrush to return to the Open Championship rotation was also aided by a golden generation for Irish golf that followed.

Padraig Harrington led the way with British Open wins in 2007 and 2008.

Portrush native Graeme McDowell won the US Open in 2010. A year later, McIlroy succeeded his countryman as US Open champion with the first of his four major triumphs.

The next month, Clarke capped a fine career with his only major.

Portrush's chance to prove itself as a venue came on the wave of that success, by hosting the Irish Open for the first time since 1947 in 2012.

Despite inclement weather, record crowds turned out in numbers normally reserved for the Open Championship itself. 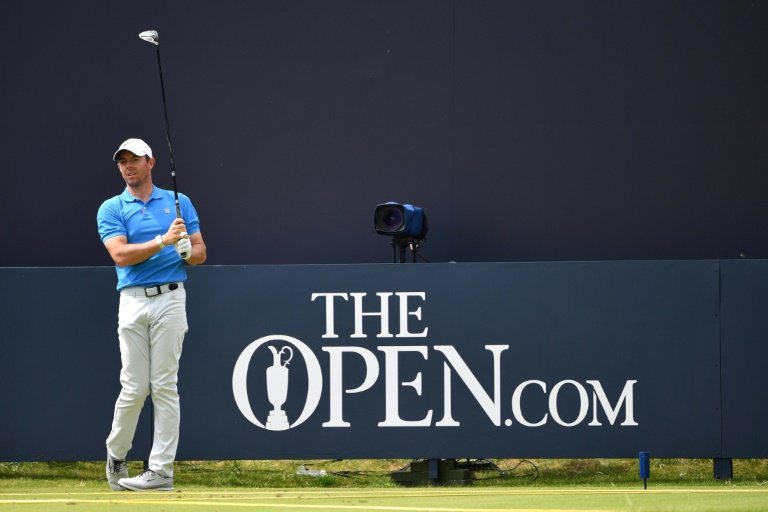 That enthusiasm has been surpassed this week as for the first time tickets have been completely sold out before a ball is struck.

Work still needed to be done to fully convince tournament organisers the R&A.

Two new holes, the sixth and seventh, have been constructed using an adjoining course and opening up the space required for the capacity needed to host spectators, sponsors and the world's media.

Government support was also needed to ensure the necessary infrastructure improvement would be funded.

"We managed to get a meeting with her and explain how positive this would be for Northern Ireland in economic terms," said Erskine.

"This is not for the week of the Open it is the legacy it is going to leave. The legacy is house prices go up, more hotels will want to come to this area."

The economic benefit of golf tourism is welcome as the region braces itself from another political cloud.

Northern Ireland has been without a devolved government for over two years since talks between the two major parties collapsed in January 2017.

There are also fears for the peace process should the United Kingdom leave the European Union without an agreement on how to avoid the return of a hard border between the north and Republic of Ireland.

The next few days offer some respite as Northern Ireland showcases one of its premier courses and its passion for golf to the world.