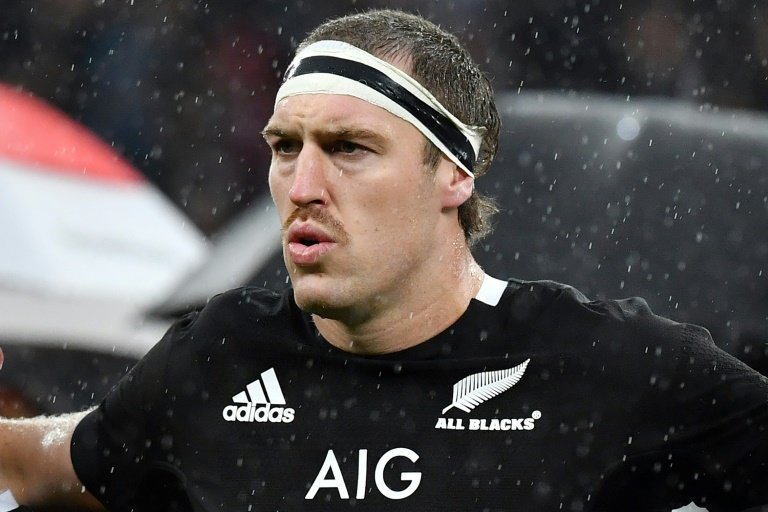 Towering lock Brodie Retallick has agreed to stay with the All Blacks until the 2023 World Cup but only after a stint playing Japanese club rugby, New Zealand Rugby announced Wednesday.

Retallick, 28, was a key target for the All Blacks, who want to retain a core of top talent after a number of senior players depart following this year's World Cup in Japan.

"Brodie is one of the best locks to ever play the game, if not the best," All Blacks coach Steve Hansen said of the 75-Test forward, who was a World Cup winner in 2015 and world player of the year in 2014.

Retallick's deal will see him take a break from New Zealand rugby, including commitments to the All Blacks and Waikato Chiefs, after this year's World Cup campaign.

He will play two seasons with an unspecified team in Japan's Top League before returning to New Zealand in May 2021, when he is contracted to resume his international and Super Rugby career until the end of 2023.

Retallick, who will play his first Super Rugby match for two months this weekend after being sidelined with a wrist injury, said he needed a rest from the intensity of rugby in New Zealand.

"I've been playing high-octane rugby with the Chiefs and All Blacks since 2012 and... I've decided to give my body a break from the New Zealand game so that ultimately I can extend my career here," Retallick said.

In recent years, NZR has been forced to let elite players top up their bank accounts with stints playing overseas in order to prevent them being tempted offshore permanently by lucrative offers.

Retallick's deal will not involve the All Blacks bending their selection rules to pick him while he is in Japan, unlike the contract recently signed by fellow forward Sam Whitelock, who will remain an international while playing Top League in 2020.

Hansen and long-time NZR chief executive Steve Tew are also departing, while there are question marks over the future of code-hopping star Sonny Bill Williams.