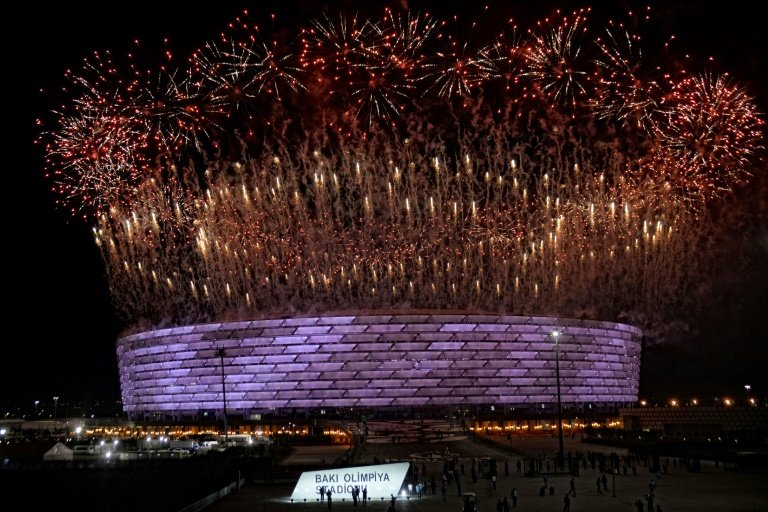 The Europa League final on Wednesday in Baku is just the latest major sporting event Azerbaijan has hosted in an attempt to smooth over its atrocious human rights record.

Hosting events such as the 2015 European Games and an annual Formula 1 Grand Prix, the oil-rich Caspian nation has spent its petrodollars to assert itself on the world's sporting map.

Following the Europa League final between British teams Arsenal and Chelsea, Baku is already lined up as a venue for Euro 2020 matches.

"Each of these events strengthens Azerbaijan's place on the world map and creates the conditions for boosting tourism," Azerbaijan's Minister of Sport Azad Rahimov told AFP, boasting of the "83 million viewers that watched the Formula 1 Grand Prix held in Baku in 2018."

But rights groups say hosting such glitzy competitions helps the ex-Soviet country of some 10 million people to conceal systematic political repression and widespread corruption under the Aliyev dynasty that has ruled since 1993.

"We must ensure that Azerbaijan isn't allowed to 'sportswash' its appalling human rights record as a result of the football fanfare," said Amnesty International's UK director, Kate Allen.

It said other persistent abuses included "systemic torture, undue interference in the work of lawyers and restrictions on media freedoms".

The anti-corruption NGO Transparency International this year ranked Azerbaijan 152 out of 180 countries in its index of perceptions of corruption.

- 'A whim of authoritarian leaders' -

"The leaders of authoritarian countries like to organize grandiose events. That's their whim," said prominent Azerbaijani opposition journalist Khadija Ismayilova, who has spent years in prison for her investigations. 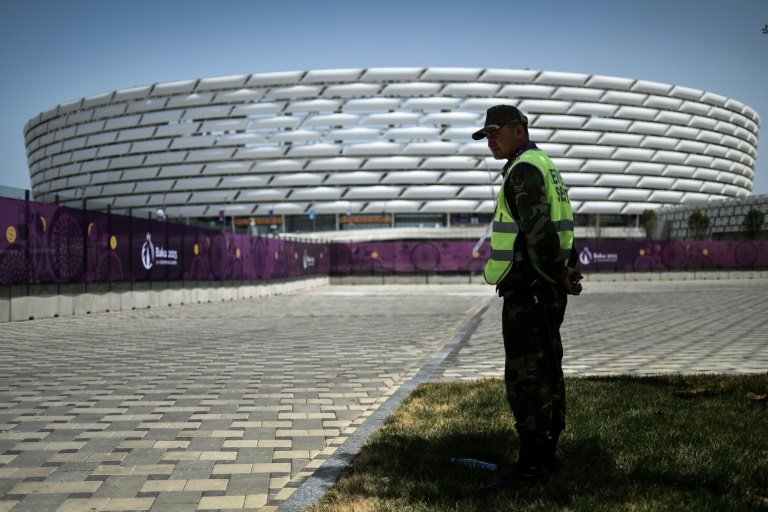 "The projects also enable corruption," she said. "The company that organises the Formula 1 motor race in Baku is owned by the son of the sports minister. This is undisguised corruption."

The sports minister in question, for his part, defended Azerbaijan's "sports diplomacy" as "a legacy left to the people."

"We can say proudly that the sports infrastructure serves the people," he said referring to Baku's National Gymnastics Arena, its Aquatic Palace for swimming events and the Olympic Stadium.

These were all built for the inaugural European Games in 2015, a multi-discipline event contested by athletes from European nations.

The Azerbaijani government is estimated to have spent a billion dollars on hosting the Games, which attracted only limited international interest.

The Europa League final will be played at 1900 GMT on Wednesday in the 70,000-seat Olympic stadium that will also host first-round matches and a quarter-final at the next European Championships in June and July 2020.

Azerbaijan's investment in sport is not limited to organising events.

The state-run oil company SOCAR has been a major sponsor of UEFA, European football's governing body, since 2013 and the country's "Land of Fire" slogan used to feature on Spanish side Atletico Madrid's jerseys.

These investments however have not prevented the scandals surrounding Wednesday's game.

Chelsea and Arsenal fans have been angered by the high costs of travel to Baku and the overpriced seats.

UEFA only reserved 12,000 tickets for fans in the final -- far below the demand from supporters of the two clubs.

Adding to the controversy, Arsenal announced last week their Armenian midfielder, Henrikh Mkhitaryan -- and his country's captain -- would miss the game over safety fears.

Azerbaijan and Armenia are locked in a decades-long conflict over the disputed Nagorny Karabakh region and Baku does not generally allow Armenians or those of Armenian origin to visit.

Despite a 1994 ceasefire, frequent exchanges of fire along Karabakh's volatile frontline have at times risked escalating into an all-out war.