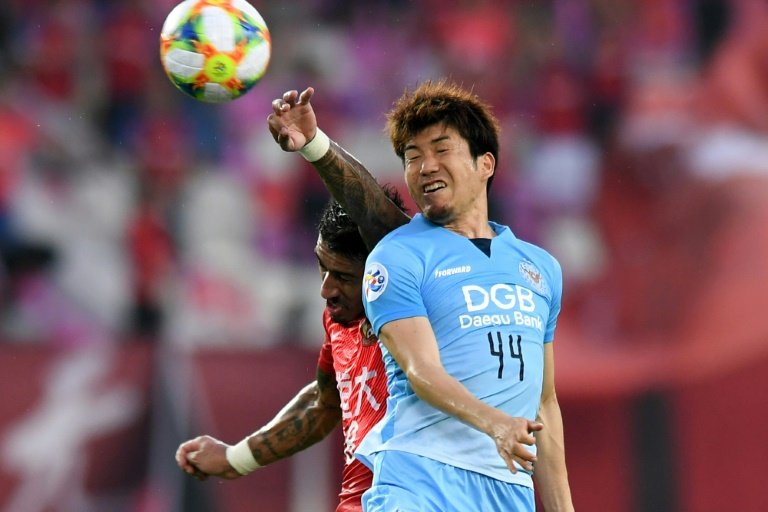 The midfielder's second-half header was the difference for Fabio Cannavaro's side in a tense 1-0 home win over South Korea's Daegu, who had only needed to avoid defeat to finish second in Group F.

Meanwhile Shandong, who topped the group a point ahead of Kashima, will square off against Guangzhou in a blockbuster all-Chinese clash when the knockout stage begins next month.

Cannavaro's side began the must-win game against Daegu without their potent Brazilian attacking midfielder Anderson Talisca, who was out with a knee injury.

Nervy Evergrande, who won Asia's premier club competition in 2013 and 2015, finally got the breakthrough on 64 minutes when Paulinho rose to head in via a Daegu defender's touch, though the 30-year-old Brazilian gleefully claimed the goal for himself.

Kashima only needed a draw to join Shandong in the last 16 but fell behind early as beanpole Belgian Fellaini powered home a header after good work from Brazilian Gil. 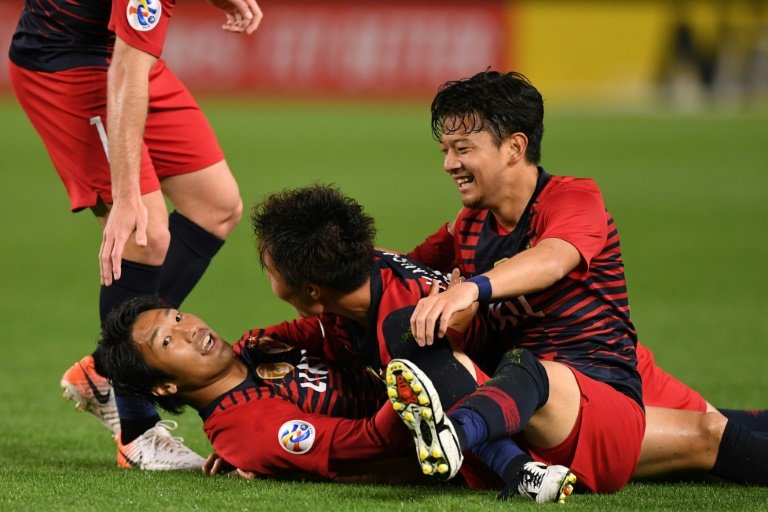 The home side struck back in the 68th minute when super-sub Ito smashed home from close range after the visitors failed to clear a Leo Silva corner.

Moments later, Ito beat the offside trap and applied a clinical finish with the outside of his right boot to turn the game on its head for Kashima, who had kept Asia's premier club title in Japan last year after Urawa Red Diamonds won it in 2017.

Luc Castaignos fired the K-League club ahead a little after the hour mark to break stubborn resistance from the Malaysian minnows before Takahiro Kunimoto added an injury-time second.

The former AC Milan star, who turns 33 next month, announced on Tuesday that he will pursue a new challenge after an injury-disrupted single season at the Australian club

Goals from Taishi Matsumoto after five minutes and second-half strikes from Yusuke Minagawa (73) and Tsukasa Morishima (75) sealed the points for Hiroshima after big Swedish striker Ola Toivonen had given Victory brief hope with a 70th-minute equaliser.