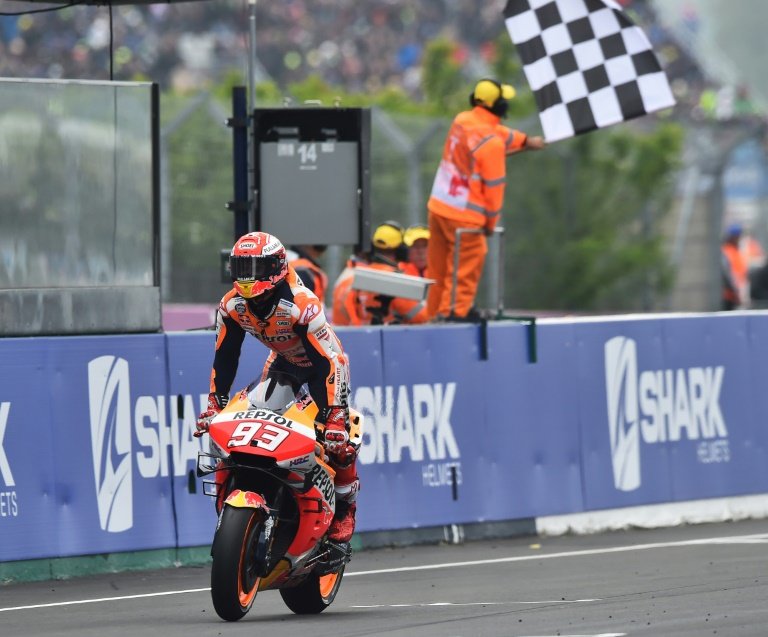 It was Marquez's 47th top level GP win and his third of the season, but for Honda this was a 300th top level Moto GP victory.

Jim Redman won their first one back in 1966, and no other manufacturer has achieved top step of the podium on so many occasions.

Starting from pole Marquez won by almost 2sec from Dovizioso and the victory set up a double celebration for the family as his younger brother Alex Marquez won the Moto2 GP earlier in the day.

Marquez now leads the championship with 95pts, eight more than Dovizioso in second and 20 ahead Alex Rins of Suzuki, who could only manage 10th Sunday, while Italian veteran Valentino Rossi of Yamaha is fourth on 72 points.

"It's always difficult at Le Mans," Marquez said of the winding Bugatti circuit.

One rider who might agree with him is Spain's Maverick Vinales, who ended up sliding out after a tangle with Francesco Bagnaia.