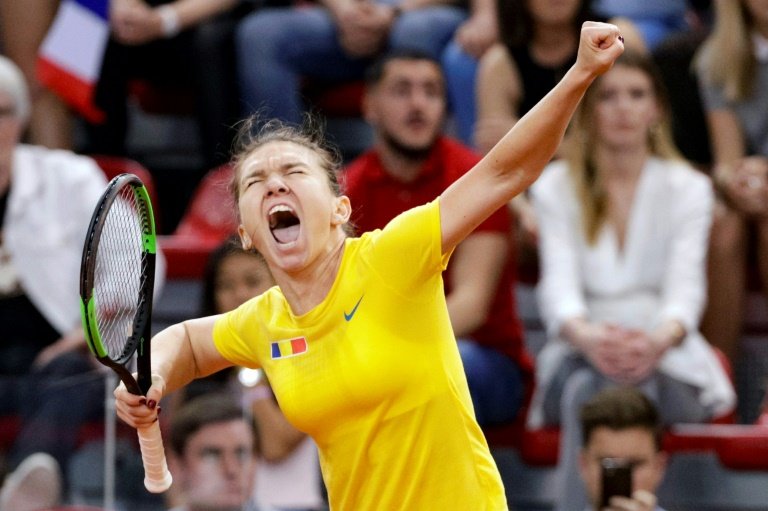 World number two Simona Halep battled back from a set down to defeat France's Caroline Garcia 6-7 (6/8), 6-3, 6-4 and put Romania within touching distance of a first Fed Cup final appearance since 1973 on Sunday.

French Open champion Halep had given Romania a winning lead in their semi-final in Rouen on Saturday by seeing off Kristina Mladenovic 6-3, 6-1 before Garcia swept past Mihaela Buzarnescu 6-3, 6-3 to level the tie.

"I knew it would be more difficult than yesterday," Halep told fedcup.com after registering a ninth successive singles win in the tournament that Romania have yet to win.

"It felt like playing at home, that was how I was able to fight to the end. I won it for the fans who came here."

Halep's win over Garcia, her sixth in seven meetings, took almost three hours to complete with the crucial break in the final set coming in the eighth game when the French number one served up back-to-back double faults.

"It's never over until it's over," said Halep who required treatment on her left thigh midway through the second set.

Irina-Camelia Begu has the chance to wrap up the semi-final when she faces Pauline Parmentier in Sunday's second singles.

The winners will face Australia in November's final.

Seven-time champions Australia made the championship match for the first time in 26 years by seeing off Belarus 3-2 in Brisbane earlier on Sunday.