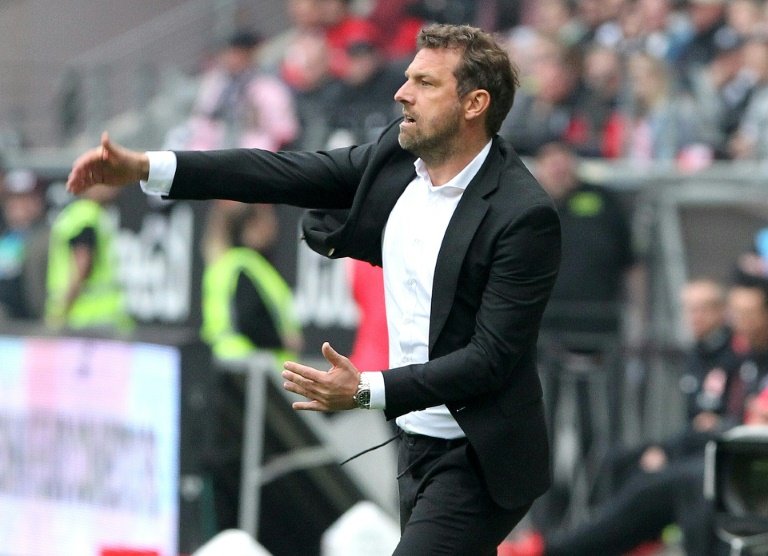 Weinzierl had lost 15 of his 23 games in charge of Stuttgart since taking the reins in October last year.

Stuttgart have been locked in the relegation play-off place for a number of weeks, and have not won since March.

They are now six points adrift of safety, and ten points behind Augsburg, who inflicted a sobering defeat on them on Saturday.

"After the highly disappointing game in Augsburg, we have come to the conclusion that we need a clean break," said Stuttgart's head of sport Thomas Hitzlsperger in a statement.

"We did not take this decision lightly, but the success of the club comes before everything else."

Weinzierl appeared to be aware of his impending fate after the heavy defeat.

"I didn't make a good case for myself today," he admitted.

Under-19 boss Nico Willig will now be charged with guiding the team to survival as interim coach.

With a bottom-three finish now more likely than ever, Willig will be primarily concerned with ensuring that Stuttgart do not drop from the play-off spot into the automatic relegation places.

They are currently just three points ahead of second-from-bottom Nuremberg, with four games still to play.