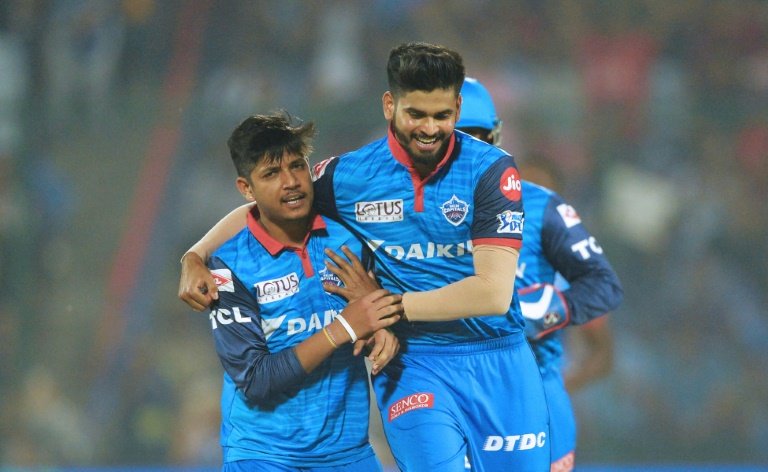 The athletic South African leapt on the deep mid-wicket boundary to catch the ball but since his momentum was taking him over the rope, he threw it to Patel who completed the dismissal near long-on.

The candidate for 'catch of the tournament' on the boundary got Gayle trudging back to the pavilion for 69 off Nepalese spinner Sandeep Lamichhane at Delhi's Feroz Shah Kotla ground.

Gayle's 37-ball blitz guided Punjab to 163 for seven but the score was not enough as Delhi surpassed the total in 19.4 overs to win by five wickets.

"Chris Gayle caught by Axar Patel, What about Colin Ingram who did all the hard work?," noted Indian statistician Mohandas Menon wrote on Twitter.

Delhi skipper Shreyas Iyer anchored the chase with an unbeaten 58 that included a 92-run second-wicket partnership with opener Shikhar Dhawan, who made 56.

The 18-year-old Lamichhane claimed three wickets for Delhi with his leg-spin including Gayle, who smashed six fours and five sixes, and England's Sam Curran for nought in one over to check Punjab's surge.