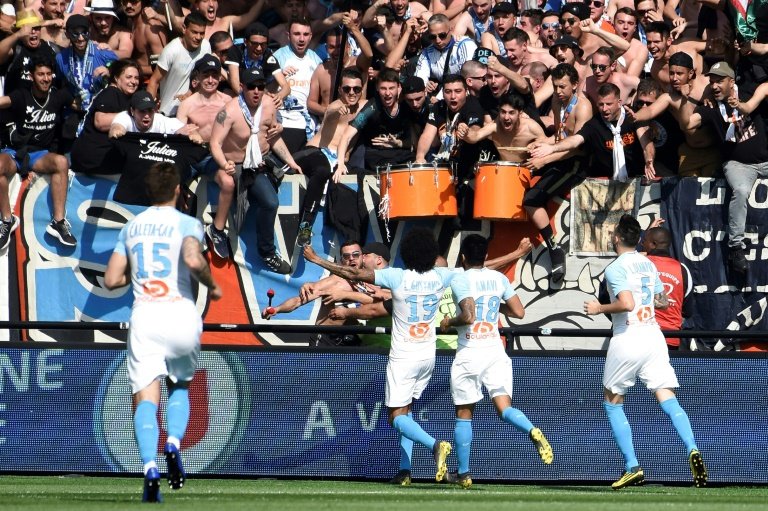 Marseille kept their slim hopes of qualifying for next season's Champions League alive on Saturday as Rudi Garcia's men won 3-1 in Ligue 1 at relegation-threatened Guingamp.

The away side brushed off the absence of the suspended Mario Balotelli to cut the gap on third-placed Lyon to five points, while Guingamp remained four points adrift of the relegation play-off spot, having conceded at least 10 more goals than every other team in the French top flight.

"For the moment, we're fourth, so that's good, but I don't know if we'll still be there at the end of the weekend," Marseille coach Garcia said, with fifth-placed Saint-Etienne playing Reims on Sunday.

"What is certain is that we must put some victories together. We need to beat Nantes next Sunday to put pressure on the others and look ahead."

Marseille took less than four minutes to take the lead as Dimitri Payet's right-wing cross fell kindly for Luiz Gustavo to lash the ball into the net from close range.

The visitors' second goal was gifted to them by the hapless home defence five minutes before half-time, as Lucas Ocampos drifted into the box totally unmarked to send a header bouncing past goalkeeper Marc-Aurele Caillard from Florian Thauvin's ball across the middle.

Guingamp were in desperate need of points to boost their survival bid, and half-time substitute Yeni Atito N'Gbakoto halved the deficit 11 minutes after the restart.

But fourth-placed Marseille wrapped up a second straight win in injury-time as Valere Germain lashed an excellent volley in off the crossbar.

On Sunday, Paris Saint-Germain will attempt to seal the title for the fourth time after recent failures against Strasbourg, Lille and Nantes.

Thomas Tuchel's men will be crowned champions if second-placed Lille fail to win at Toulouse, or if they can beat Monaco at the Parc des Princes later in the day.