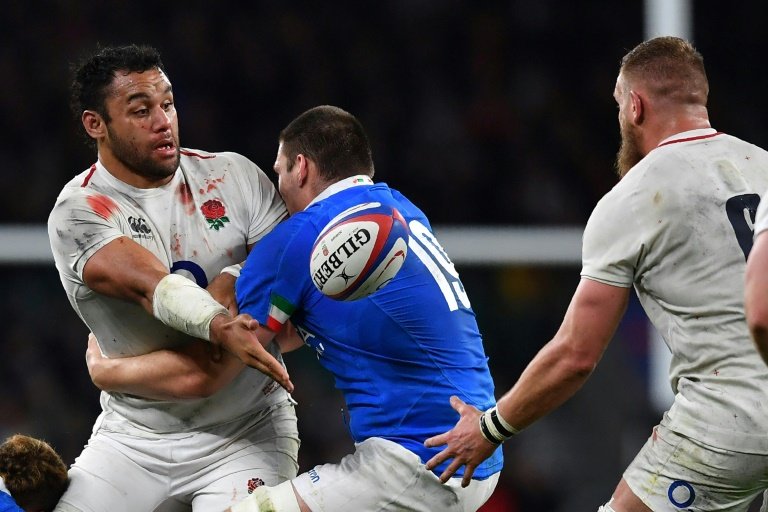 Billy Vunipola ended a difficult week in which he supported Israel Folau's homophobic comments with a man-of-the-match display as Saracens beat Munster 32-16 in a European Champions Cup semi-final at Coventry's Ricoh Arena on Saturday.

The England No. 8 was repeatedly jeered by Munster fans days after the back-row was warned by his club and the Rugby Football Union for publishing a controversial statement on social media.

Vunipola said "man was made for woman to pro create that was the goal no?" on Instagram and he also liked a post from Australia's Israel Folau that stated "hell awaits" for homosexuals.

But although fans of the English champions were vastly outnumbered by supporters of the Irish province, their cheers could still be heard when Vunipola went over for a try in the 72nd minute that confirmed Saracens' victory.

And as he walked back to celebrate his score, he appeared to gesture towards the Munster fans who had been taunting him.

"Behind closed doors this week, I felt a lot of love and kindness and I am very grateful to be part of this team," Vunipola told BT Sport.

"From my point of view, I believe in what I believe in and it was never my intention to hurt anyone," he added after a win that saw Saracens into a May 11 final in Newcastle against either title holders Leinster or Toulouse, who play on Sunday.

Meanwhile elated Saracens coach Mark McCall told reporters: "Billy was outstanding today, so were all of his team-mates to be honest. We got all the big parts of our game right today and a great team effort."

There was further drama after the final whistle when a fan wearing a Munster shirt got onto the pitch to confront Vunipola -- an incident that both McCall and Munster counterpart Johann van Graan said they had not seen.

Tournament organisers European Professional Club Rugby said in response: "EPCR does not condone the entry of a spectator to the field of play. Following the regrettable incident at the Ricoh Arena, the spectator in question is currently being detained by the stadium authorities."

"We were beaten by a better side on the day and they were really good," said Munster's van Graan.

"Not a lot of teams in the world put pressure like Saracens do. Sometimes you've just got to say well done to the opposition."

Farrell's second-minute penalty and stoppage time effort were two of his four successful goalkicks in a first half that saw Munster fly-half Tyler Bleyendaal twice on target before Munster and Ireland scrum-half landed Conor Murray landed a monster 47-metre penalty.

Flanker Rhodes picked an excellent line to take a short pop pass from scrum-half Ben Spencer and charge in, with Munster distracted by decoy runners.

Farrell converted and then rubbed salt in Munster's wounds with two more penalties.

Munster disrupted a scrum near Saracens' line before Sweetnam dived over for his side's only try of the game.

Vunipola powered his way over the line from close range to secure Sarries' fourth final appearance in six seasons with nine minutes to play.