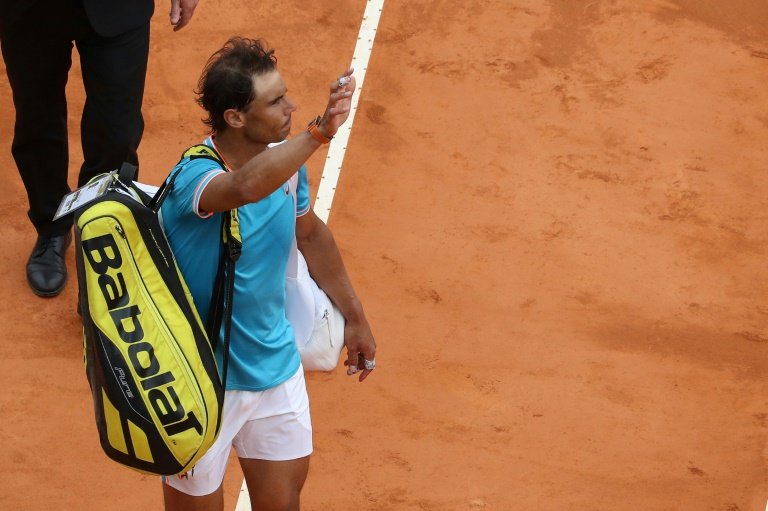 Rafael Nadal crashed out to Fabio Fognini in the Monte Carlo Masters semi-finals on Saturday with the Spanish star admitting his 6-4, 6-2 loss was his "worst clay court match in 14 years".

"I played one of my worst matches on clay in 14 years," said Nadal. "It's difficult to find any positives -- I deserved to lose."

Fognini, who beat Nadal twice on clay in 2015, stopped a 25-set win streak in the principality for the world number two.

"The vision is clear," added 32-year-old Nadal who was playing his first tournament in a month after opting to rest his troublesome knees.

"I played a very bad match against a good player. In that situation, you have to lose.

"I had a bad feeling, it was a tough day. I'm coming from low moments in terms of injuries, and in terms of the mental side it has not been easy to accept all the things that have been going on during recent weeks.

"Everything was wrong. I always expect the best. But you have to be ready to accept the negative things and today was a negative day."

For 31-year-old Fognini, based just over the border in San Remo, it was a fourth career win over Nadal and third on clay.

"I had a really good week, did some good work," said the Italian.

"I was born near here, I know how to play on clay. This will be the final that no-one expected, I just hope to recover well and be ready. 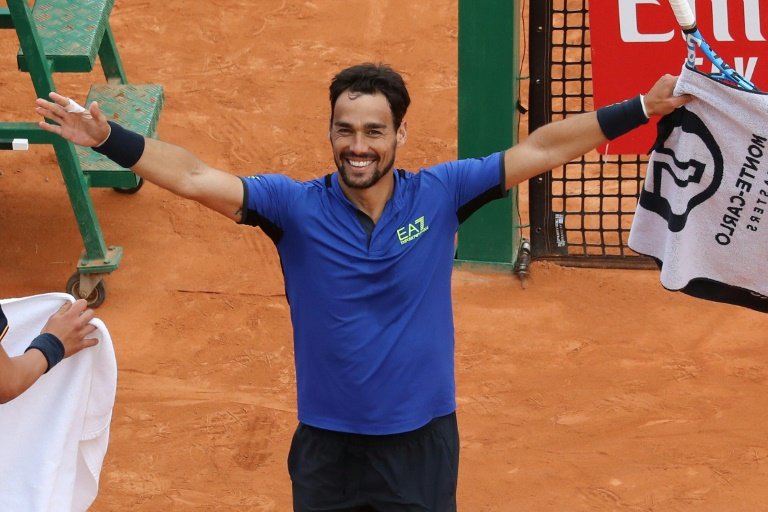 "Plus Lajovic is trained by my ex-coach -- we laughed about that in the locker room."

Nadal saved three match points while trailing a set and 5-0 as he broke Fognini in a last-gasp effort.

But the 13th seed would not be denied, earning another pair of chances in the eighth game and claiming victory with a forehand winner down the line.

"I'm calm, I want to enjoy my victory," Fognini said after reaching his first final at the Masters 1000 level.

"I've beaten Rafa on clay, I'm really happy, it was windy and tough to play.

"Of course it's a surprise to play Lajovic, but he's playing good."

Fognini trailed 3-1 early in the opening set before giving himself a mental scolding: "I told myself to calm down and play.

"All of that doesn't matter now -- I'm in the final. It was difficult, you need more than 100 percent concentration to play Rafa on clay. I really want to win this title now."

Lajovic, ranked 48th, will be playing his first ATP final after seeing off Russian 10th seed Daniil Medvedev -- the conqueror of Novak Djokovic -- 7-5, 6-1.

That match was also played in distracting, swirling conditions, with Lajovic making a recovery from 5-1 down after changing strategy when Medvedev had the upper hand.

Lajovic ran off 10 straight games to claim the opening set in an hour and take a 4-0 lead in the second.

"I was completely out of rhythm, to start. It was the worst nightmare, being 5-1 down," Lajovic said.

"I'm still unaware of reaching the final, but I'm enjoying it," added the player who has not dropped a set all week.