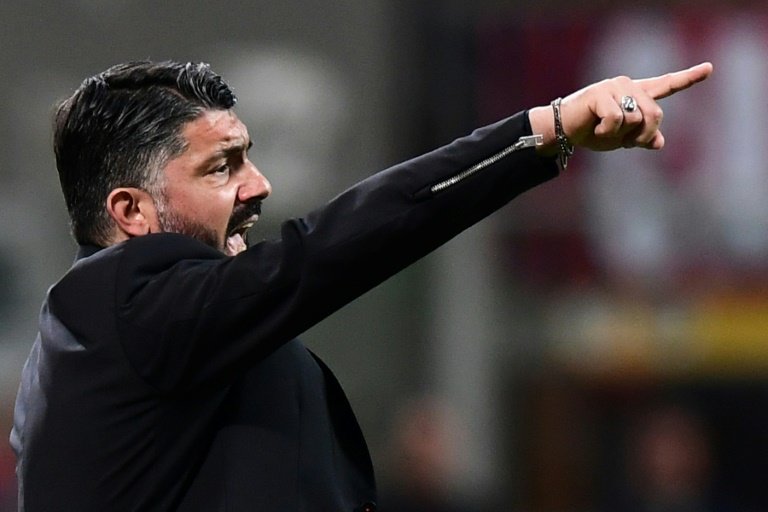 Bruno Alves grabbed a point for Parma to put AC Milan's Champions League ambitions under pressure with a 1-1 draw on Saturday, as 10-man Lazio's European hopes took a knock with a 2-1 defeat to relegated Chievo.

Samu Castillejo came off the bench after 66 minutes and had an immediate impact when he headed in a Suso cross three minutes later for Milan.

Patrick Cutrone had a goal ruled out for offside but minutes later Alves snatched a point for 14th-placed Parma with a curling free kick that left returning Milan goalkeeper Gianluigi Donnarumma helpless.

Milan remain fourth on 56 points but Roma are two points behind in fifth before they play third-placed Inter Milan at the San Siro later on Saturday.

Atalanta, sixth, can pull level with Milan on points when they travel to second-placed Napoli on Monday.

"It wasn't a great performance," said Milan coach Gennaro Gattuso. "I expected to come here and do more. Parma made the most of that free kick with a wonderful goal. They deserved the point."

But Lazio's Champions League hopes have been severely compromised with defeat against Chievo in Rome.

A win would have put Lazio within a point of AC Milan, but the Roman side fell behind after Sergej Milinkovic-Savic was sent off after half an hour for kicking out at Mariusz Stepinski after being fouled by the Chievo striker.

Emanuel Vignato, 18, scored his first goal for the Verona side after 49 minutes with Përparim Hetemaj heading in a second two minutes later to seal a first away win for the Flying Donkeys.

Felipe Caicedo pulled a goal back for Lazio after 67 minutes but Simone Inzaghi's side slipped to eighth place at the expense of Torino who move seventh with Cristian Anzaldi scoring the only goal in Genoa.

Chievo, who will return to Serie B next season, had won just one match this season against second-from-bottom Frosinone.

Bologna eased their relegation fears with a 3-0 win at home against Europa League hopefuls Sampdoria to move five points clear of the drop zone.

Champions Juventus can seal an eighth consecutive Serie A title later on Saturday, with the Turin giants needing just a point against Fiorentina for their 35th Scudetto.