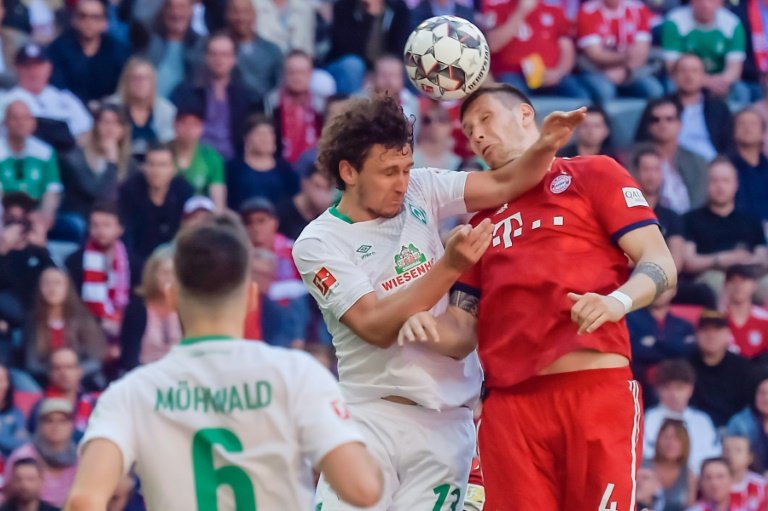 Bayern toiled in the searing Bavarian sun against Bremen, eventually grinding out the victory to go four points clear at the top.

The win puts pressure on title rivals Dortmund, who need to win a tough away game in Freiburg on Sunday if they are to remain within a point of Bayern.

Bremen held Bayern at bay for much of the game, but suffered a lethal blow just before the hour mark, when Milos Veljkovic was sent off for a second yellow card.

Chances came and went for Bayern as the clock ticked down, until Suele finally broke through with a deflected shot from the edge of the area 15 minutes from time.

"I had a couple of shots against Dortmund which were a bit NFL-like, so it was nice to score the winning goal today," Suele told Sky.

Third-placed RB Leipzig, meanwhile, have one foot in next season's Champions League after a 2-1 win over Borussia Moenchengladbach put them 10 points clear of their fifth-placed opponents.

Having scored a penalty in the first half, Marcel Halstenberg added another shortly after half-time to put Leipzig in full control.

Alassane Plea pulled one back for Gladbach, but the home side ultimately missed the chance to break into the top four, and remain a point behind Eintracht Frankfurt, who play on Monday.

At the other end of the table, Stuttgart look doomed to a bottom-three finish after they suffered a humiliating 6-0 thrashing by fellow strugglers Augsburg. 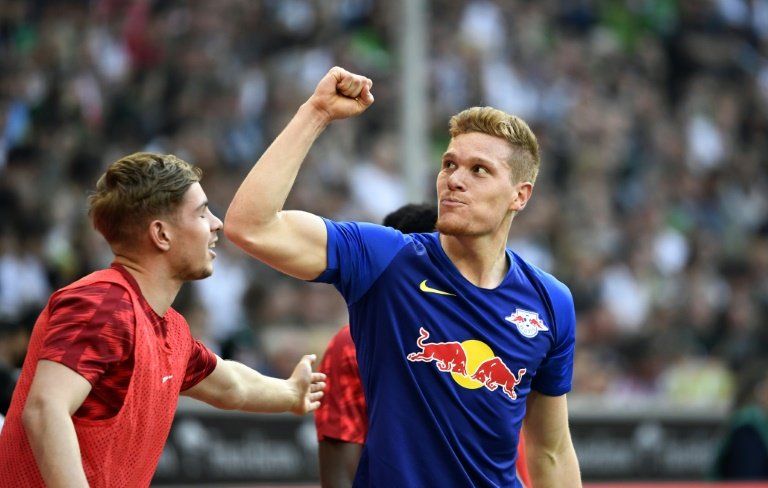 Augsburg obliterated their relegation rivals with a delightful display of attacking football. Goals from Rani Khedira, Andre Hahn and Philipp Max saw them establish a 3-0 lead before the half-hour mark.

Max added another in the second half, and a Marco Richter double completed the rout and sealed the fate of Stuttgart coach Markus Weinzierl who was sacked later on Saturday.

Jean-Philippe Mateta put Mainz into the lead after just 36 seconds, but Dodi Lukebakio levelled the scores with his second goal in two games.

Lukebakio later missed a penalty, and Mainz took advantage of the let-off, sealing the win with second half goals from Mateta and Karim Onisiwo.

Elsewhere, Bayer Leverkusen and Hoffenheim kept themselves in the race for Europe with wins over Nuremberg and Schalke respectively.

Goals from Lucas Alario and Kevin Volland saw Leverkusen labour to a 2-0 win agaisnt Nuremberg, while Hoffenheim romped to a 5-2 win in Gelsenkirchen.

Schalke briefly rallied thanks to a Daniel Caligiuri penalty and Guido Burgstaller picked up a late consolation goal, but second-half strikes from Adam Szalai, Nadiem Amiri and Belfodil saw Hoffenheim cruise to victory and tighten their grip on sixth place.

"We said that if we won our five remaining games, we could target a Champions League place, and now it is only four games," said Hoffenheim coach Julian Nagelsmann.