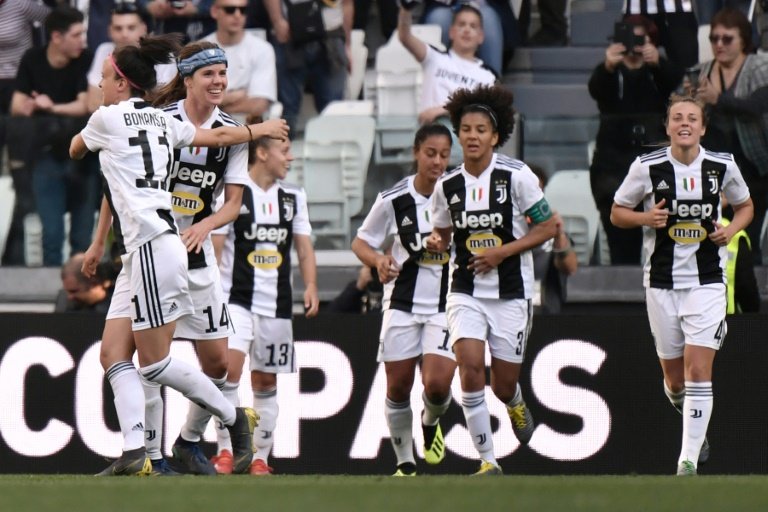 Danish international Sofie Pedersen sealed a home win for Juventus women who marked the team's first game at the Allianz Stadium in Turin by playing on front of a record crowd for a top-flight women's game in Italy, three months before the start of the World Cup in France.

The championship-leading Juve women's team, who usually play their home games at Vinovo in the suburbs of the city, played rivals Fiorentina with 39,027 watching at the Allianz.

Juventus decided against charging fans an entry fee for the game at the 41,500-capacity arena, with the turnout beating the previous record for a women's football match in Italy of 14,000 spectators.

Pedersen nodded in the winner seven minutes from time, as Juventus moved four points ahead of Fiorentina in the top-of-the-table clash with three matches to go in the 12-team women's league.

"Today will be an important day for the whole movement of women's football," tweeted Juventus men's captain Giorgio Chiellini.

Italian international defender Cecilia Salvai was stretched off in the second half, but was carried back onto the pitch to celebrate with her teammates after the win.

Salvai's knee injury could be a worry for Italy ahead of the World Cup in June.

Juventus women's team are on course for a second consecutive Scudetto having won the trophy in their first season in 2017-2018.

The interest in the women's game has been building ahead of this summer's World Cup in France with a world record crowd of 60,739 watching a women's match between Barcelona and Atletico Madrid at the Wanda Metropolitano last Sunday. 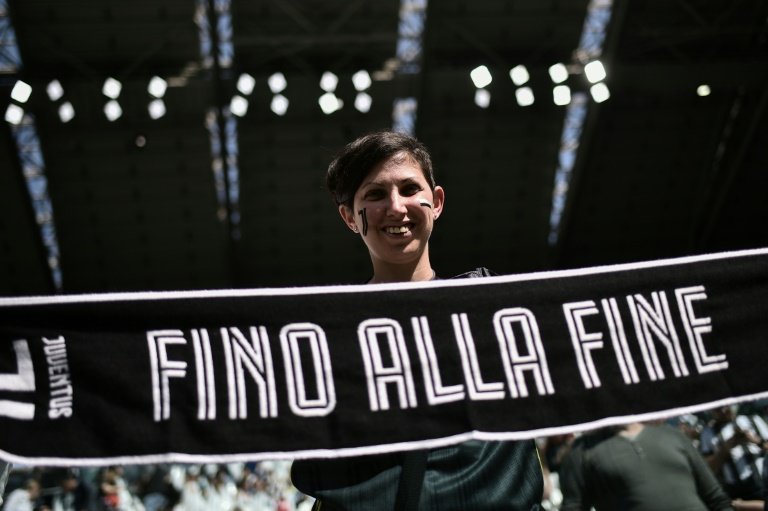 A Juventus fan displays a scarf reading "Until the end" prior to the Women's Serie A football match against Fiorentina. / © AFP

That attendance was the largest ever for a top-flight club match in European women's football while Atletico claimed the number also set a new world record.

The top-of-the-table clash was played in Atletico men's team's arena instead of the women's much smaller home stadium which has a capacity of 3,500.

The previous European record was 48,121 who watched Athletic Bilbao's women's team play Atletico in a Copa del Rey match in Bilbao in January.