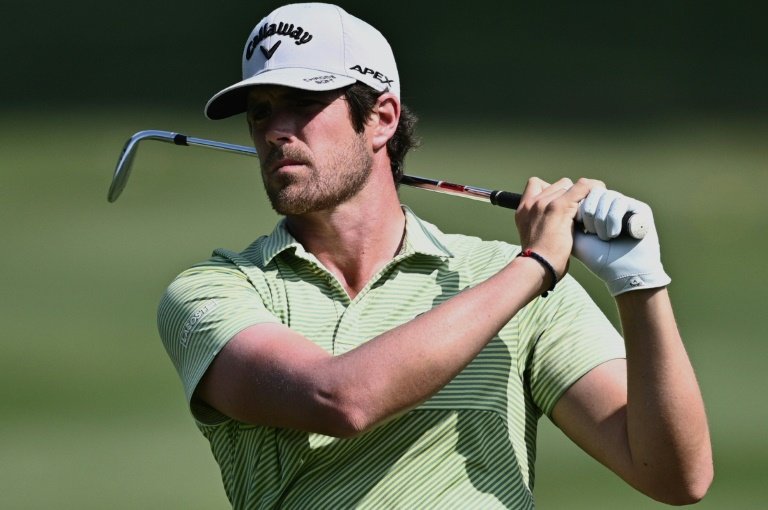 Coming into the third round, Spain's Nacho Elvira trailed by a single shot in stiflingly hot conditions, but gained the advantage courtesy of his seven birdies / © AFP/File

Nacho Elvira edged closer to a maiden European Tour trophy after he posted a six-under-par 66 to gain a two-shot advantage over David Lipsky at the Maybank Championship penultimate round on Saturday.

The title, however, remains up for grabs with Australian Scott Hend, Germany's Maximilian Kieffer and Thai stalwart Jazz Janewattananond only three shots off Elvira.

Elvira had been in contention after he joint-led with Marcus Fraser on Thursday.

Coming into the third round, Elvira of Spain trailed Thomas Pieters by a single shot in stiflingly hot conditions, but gained the advantage courtesy of his seven birdies.

"I'm very happy with a 66. It was tough with the heat and humidity today. I stayed patient and it paid off in the end," he said.

"It would be great to start here (winning on the European Tour but I really don't think about it too much. I like the way things are right now with my swing."

Two-time European Tour winner Lipsky will be hoping to add a third after he finished the day with a 67 despite two bogey flaws.

"It's a tricky course so you are going to make bogeys out there, you have just got to make your share of birdies. If I can keep making birdies like I am, I think I'll be alright," the American, who shot seven birdies, said.

Crowd favourite Ernie Els will also be confident of ending a six-year title drought after another consistent showing for a 69.

The South African sits only four strokes away from Elvira at nine-under-par 207.

The local crowd will also pay attention to Nicholas Fung on the final day on Sunday after the Malaysian ended the day tied-13th, seven shots off the pace.

The US$3 million event is co-sanctioned by the Asian and European tours.