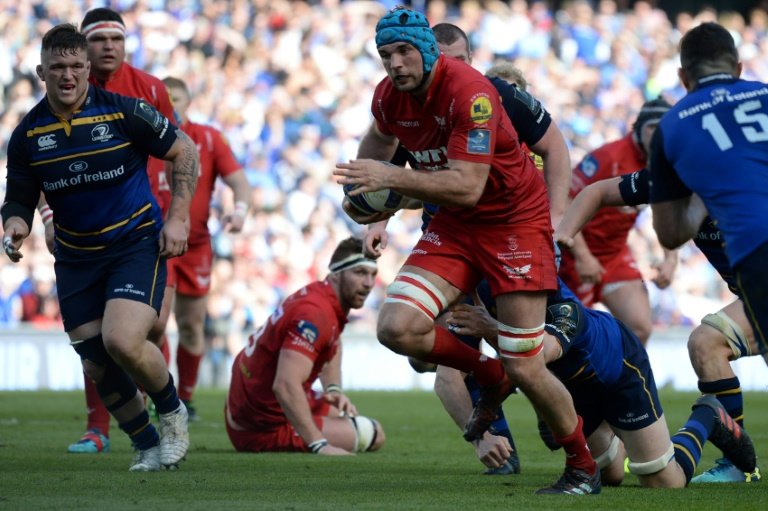 Tadhg Beirne makes his first Six Nations start for Ireland in the clash with Grand Slam-chasing Wales on Saturday, which will see him face several of his former Scarlets team-mates.

The 27-year-old second-row forward -- who made his Test debut in the 2-1 series win over Australia last year -- was slated to start earlier in the tournament after superb form for Munster but suffered a knee injury in January.

Beirne, who replaces the injured Iain Henderson in the engine room, played for Welsh region Scarlets for two seasons before returning to Ireland to earn a place in the Test side.

Schmidt admitted he would have preferred not to have to throw Beirne in straight away.

"Yeah, it is the biggest challenge of his fairly small international career so far (it will be his fifth cap)," said head coach Joe Schmidt.

"He would have liked to have had a bit more game time leading into it and it's one of those things that you'd love to go two weeks in a row with the same team."

However, Schmidt intimated that Beirne's inside knowledge of his former team-mates gained him the nod for the starting role ahead of Quinn Roux, who is on the replacements bench.

"Obviously, he's played plenty of times against the second rows that are going to be there with Adam Beard and Alun Wyn Jones," said Schmidt.

"With that combination, I do think he is as ready as we can get him to be at this stage and I know he's incredibly motivated to be as ready as he can be."

He is one of three changes made by Schmidt to the starting line-up that eased to a 26-14 victory over France last Sunday.

Veteran flanker Sean O'Brien returns to the team -- for his injured Leinster team-mate Josh van der Flier -- after being omitted for the France game.

Schmidt said O'Brien had something to prove after a poor performance in the unimpressive win over Italy which led to him being left out against the French.

"To say that was not his best performance, I know he'd agree with that," said Schmidt.

"He's very, very motivated to get back to that blockbusting best that has seen him as one of the players who has been incredibly influential in games that he's played."

O'Brien's fellow veteran full-back Rob Kearney has recovered from a calf injury, which ruled him out on the morning of the France game, to return and his dependability under the high ball will be crucial.

Jordan Larmour, who gave an impressive performance after standing in for Kearney against France, is on the replacements bench which also sees the return to the squad of scrum-half Kieran Marmion.

Marmion -- who was outstanding in the historic home victory over world champions New Zealand last November -- has not featured in the previous four games due to injury.

Grizzled hooker Rory Best will lead out the side for the final time in the Six Nations as he will retire from the Test arena after the World Cup.

For both Best, who turns 37 in August, and Schmidt it will be their final Six Nations bow.

They will hope to crown it by beating Wales to deny them the Grand Slam and keep their hopes of a fourth title since Schmidt took over after the 2013 Six Nations tournament alive -- that will depend on whether Scotland beat England at Twickenham.