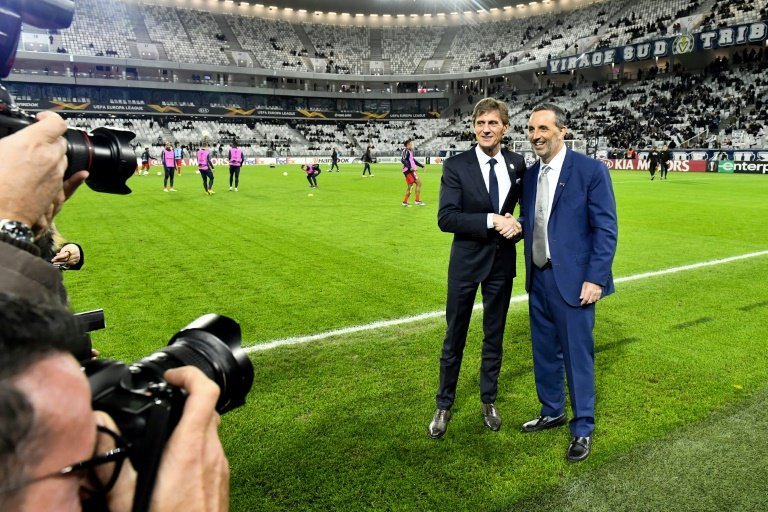 Bordeaux's new American owners have branded Ligue 1 rivals Paris Saint-Germain the "bullies" of French football and are ready to "go to war" in a bid to wrestle the championship from their grasp.

Last month, the six-time champions -- who last won the title in 2009 -- were purchased by GACP Sports, a division of Miami-based, private-equity firm General American Capital Partners (GACP), after finally agreeing to a $114 million deal with M6 Group, who have been in charge since 1999.

Bordeaux are currently languishing in 12th place in Ligue 1, a whopping 23 points adrift of leaders PSG, who are 13 points clear of their nearest rivals.

But GACP's CEO and co-founder, Joseph DaGrosa, does not fear PSG and is determined to establish a more level playing field while acknowledging Bordeaux cannot compete with the Qatar-backed club's wealth.

"It's not easy," DaGrosa told AFP when asked about how Bordeaux could loosen PSG's grip on French football.

"We can't compete toe-to-toe against PSG, dollar-for-dollar. It's insane. I mean, I don't have oil in my backyard, so at the end of the day, we have to find a different way to compete, and we think that means getting to young talent first.

"Let them pay the big money for the big players. We want to be first to attract the best players in France, who have been producing some of the best talent in the world."

DaGrosa declined to be drawn on the controversy over PSG's alleged breaches of financial fair play rules, but said Bordeaux would not be afraid of battling PSG.

"I'm putting aside the issue of whether PSG played fairly -- and I have different views on that, which I'll express on a different day," he said.

"But, in general, everyone is scared to death of PSG. I view them as the bullies of the league.

"You have to adapt to the warrior within. It's a war."

DaGrosa, a keen supporter of the New York Mets baseball team, looked at investing in the English Premier League and Spain's La Liga before eventually setting his sights on Bordeaux.

He aims to spend a majority of the season in Bordeaux and, unlike fellow American owners such as Stan Kroenke at Arsenal and the Glazer family at Manchester United, the native New Yorker aims to be an accessible, fan-friendly custodian of the team.

"The fans want a championship team. They want it all," said DaGrosa, who was speaking at the recent US conference for London-based SoccerEx, in which his company also made a strategic investment.

"I remember when I was young, I was a fan of the New York Mets baseball team," DaGrosa said. "If I ever in my life had the opportunity to talk to the owner of the Mets, I'd say we want to win at whatever cost, whatever you need to do, just do it.

"I mean, the average fan doesn't really think about the economics.

"The fans are working all week. They have to pay the bills. Sports is entertainment and our job is to deliver an entertaining product."

However, the 54-year-old investor and entrepreneur readily admits that attempting to restore Bordeaux to the apex of French football is a completely different task.

"This is certainly more fun," he said.

"I love people, I love engaging with fans, and I love their passion for the sport. I love it all."