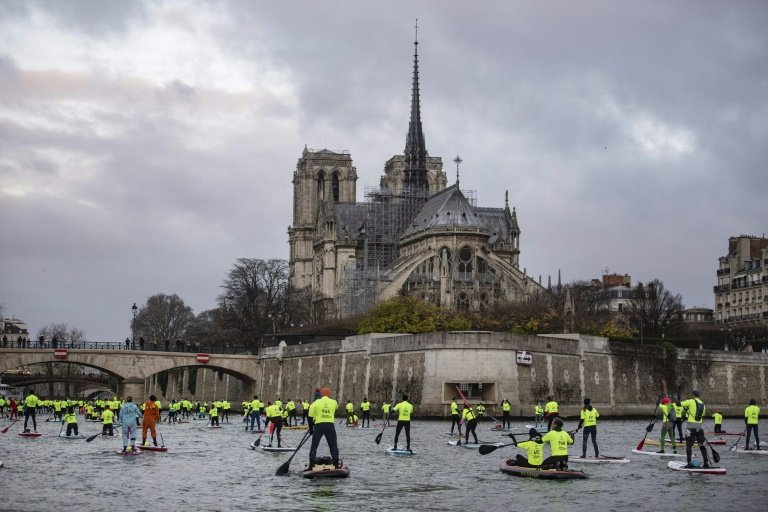 Around 800 paddlers braved tough conditions on the Seine river in Paris to take part in the world's largest stand-up paddle (SUP) race Sunday.

The French capital was chosen to host the final of the SUP World Cup, but as well as seeing 21-year-old Frenchman Arthur Arutkin crowned world champion, the event also welcomed hundreds of aspiring SUP aficionados.

Many of the amateur paddlers donned colourful costumes for the occasion.

After a dawn start close to the Bibliotheque Nationale de France, the contestants paddled their way past Notre-Dame Cathedral, the Louvre Museum, the Grand Palais and the Eiffel Tower before reaching the finish line at Quai de Javel, in the southwest of the capital.

The amateurs raced 11 kilometres (six miles) while the professionals raced 13.5km on what was the final leg of the APP World Tour, the official SUP World Cup since 2012. 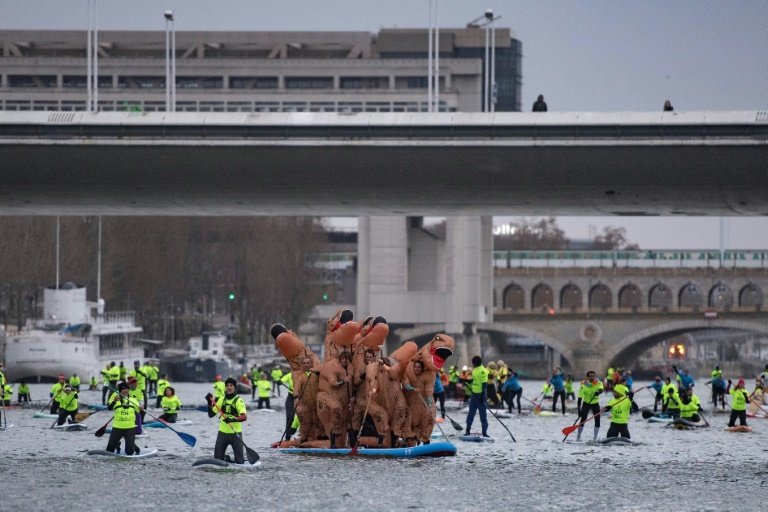 Some of the amateur participants took part in fancy dress / © AFP

"To do this sport you have to be strong, reactive, have good balance and stamina for long distances," said Arutkin. "It's great we had a World Cup event in France."

Despite a fourth-place finish in 1hr 20min on Sunday, Arutkin did enough over the season to end Hawaiians' dominance of the competition to become the first World Cup SUP champion from Europe.