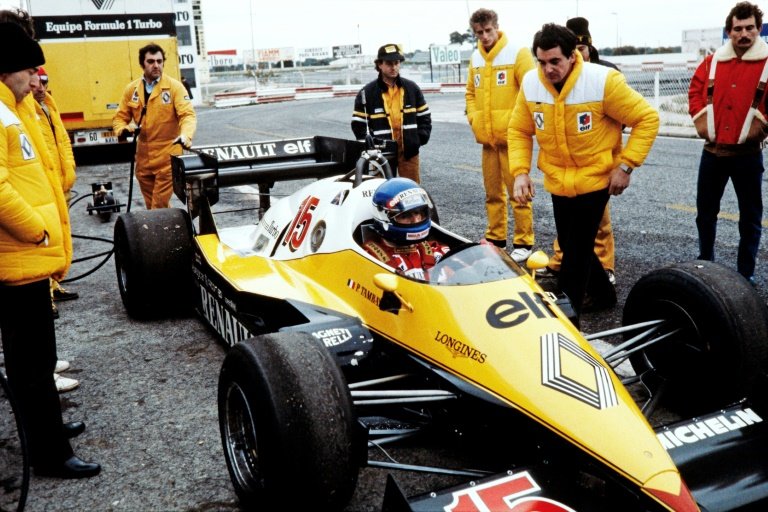 French ex Formula One driver Patrick Tambay, who won two Grand Prix for Ferrari in the 1980s, has died after a long illness at the age of 73, his family announced on Sunday.

Tambay, who had been suffering from Parkinson's Disease, had stints with the Theodore, McLaren and Renault teams.

But it was during his time with Ferrari that he notched up his two career wins.

The first came at Hockenheim in 1982, followed up by a win on the iconic Italian constructor's home turf at Imola the following season.

Tragedy was behind his arrival at Ferrari.

He replaced Gilles Villeneuve after his friend's fatal accident in the 1982 Belgian Grand Prix -- followed by a career-ending accident a few weeks later for Ferrari's other driver and at the time championship leader Didier Pironi in the practice session for the German Grand Prix.

Tambay dedicated his win at Hockenheim -- which was a a perfectly-time morale booster for the team's fans -- to Villeneuve, Pironi and Enzo Ferrari, the latter for placing his confidence in him.

Tambay was godfather to Villeneuve's son, Jacques, who won the 1997 world title.

The Paris-born Tambay made his F1 debut aged 28 in the 1977 British Grand Prix for the Hong Kong-based Theodore team.

He then had two luckless seasons with McLaren, took a sabbatical, returning to the circuit in 1981 first with Theodore and finishing that season with Ligier.

After Ferrari he moved to Renault, managing only three podiums in 1984-85, and two points with Lola-Haas in his final 1986 season.

He started in 123 Grand Prix, and retired with five pole positions to his name and a highest world championship placing of fourth in 1983.

Switching his focus from F1 to endurance motorsport he came in third twice in the Dakar Rally in 1988 and 1989.

A handsome, dashing and urbane figure known as a 'gentleman driver', he also competed several times in the Le Mans 24 hour race with a best finish of fourth in 1989 driving a Jaguar.

In his pre-F1 days Tambay achieved success on the now defunct American Can-Am sports car series, notching up a dozen wins and the titles in 1977-78.

He retained his links with F1 post-retirement as a television commentator and pursued a successful career in local politics for the conservative Republicans party.