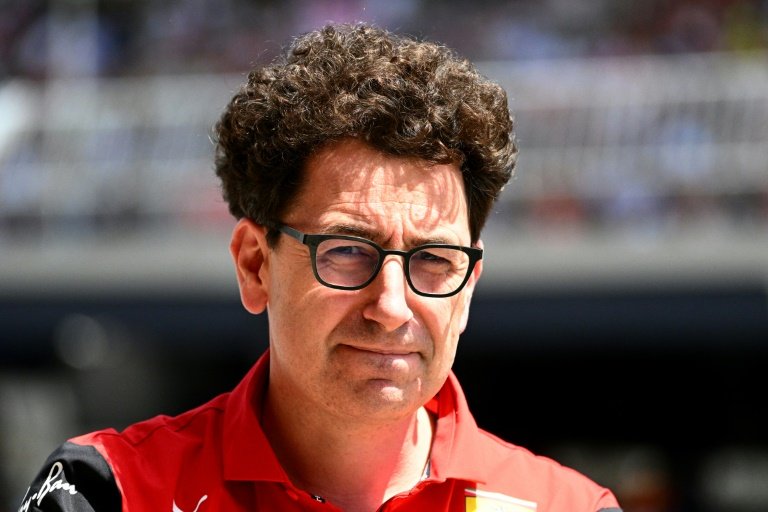 Mattia Binotto has resigned as team principal of Formula One giants Ferrari, the historic Italian manufacturer announced on Tuesday, with his successor due to be unveiled "in the new year".

"Ferrari N.V. announces that it has accepted the resignation of Mattia Binotto who will leave his role as Scuderia Ferrari Team Principal on December 31," read the statement.

The 53-year-old Swiss-born Italian had been with Ferrari for almost three decades, stepping up to the role of team principal in 2019 after starting off as an engineer.

Rumours had been swirling about Binotto's future ahead of the season-ending Abu Dhabi Grand Prix earlier this month as the team failed to mount a serious and sustained challenge to Red Bull after a promising start to the campaign.

"With the regret that this entails, I have decided to conclude my collaboration with Ferrari," Binotto said in the statement.

"I am leaving a company that I love, which I have been part of for 28 years, with the serenity that comes from the conviction that I have made every effort to achieve the objectives set.

"I leave a united and growing team. A strong team, ready, I'm sure, to achieve the highest goals, to which I wish all the best for the future."

Benedetto Vigna, CEO of Ferrari Group, said Binotto had achieved many things in his role, including making Ferrari competitive again.

"I would like to thank Mattia for his many great contributions over 28 years with Ferrari and particularly for leading the team back to a position of competitiveness during this past year," said Vigna.

"As a result, we are in a strong position to renew our challenge, above all for our amazing fans around the world, to win the ultimate prize in motorsport."

Italian daily Gazzetta dello Sport had broken the original story about Binotto's future in the run up to this month's season-closing grand prix in Abu Dhabi, suggesting that Ferrari were lining up Alfa Romeo team chief Fred Vasseur as his successor.

The team issued a forthright denial at the time, insisting rumours of Binotto's departure were "totally without foundation".

Now that rumour has become fact Ferrari says "the process is underway to identify Scuderia Ferrari's new Team Principal and is expected to be finalised in the new year".

If it turns out to be Vasseur it will be the former Renault (now Alpine) and Alfa Romeo chief's first job with one of the F1 grid's heavyweights.

But he has strong links from the junior categories with Charles Leclerc, who was leading the championship in the early stages before his challenge for the driver's title imploded.

After a dreadful season in 2020 when they slumped to sixth, their worst result for 40 years, and a lacklustre year of recovery in 2021, Ferrari began this season with two wins in the opening three races, but were then swept aside by the runaway success of Red Bull as Max Verstappen powered to his second world title.

The team claimed further victories in July, but failed to win any of the remaining 11 races.

Ferrari also finished runners-up in the constructors' championship, but over 200 points behind Red Bull.