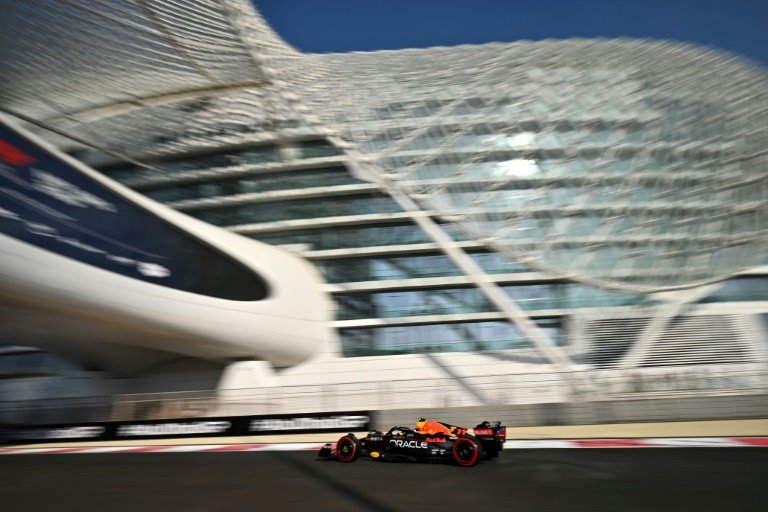 The Mexican, whose relationship with the two-time world champion is strained following the latter's refusal to obey team orders and let him pass in last Sunday's Brazilian Grand Prix, clocked a best lap of 1minute 24.982 seconds.

This was enough to take him 0.152 seconds ahead of the Dutchman

Hamilton was only two-tenths off the pace and Russell four-tenths, but the former faced a visit to the stewards office after being reported for failing to slow under a red flag.

Lando Norris was fifth for McLaren, breaking up the teams order, ahead of the two Ferraris of Carlos Sainz and Charles Leclerc.

Daniel Ricciardo was eighth in what is his final race weekend with McLaren.

Four-time champion Sebastian Vettel -- who retires once his race is run on Sunday -- and his Aston Martin team-mate Lance Stroll were first out of the pit lane.

The Ferrari duo were soon setting the pace, Sainz and Leclerc swapping fastest laps -- a good result on Sunday might ease the pressure on team boss Mattia Binotto whose future remains the subject of speculation.

Hamilton then went top ahead of Russell while Verstappen delayed his entry.

Perez responded by taking the initiative ahead of Hamilton and Leclerc.

Midway through the session, Pierre Gasly hit a kerb and damaged his front right wheel, the debris causing a brief red flag stoppage for four minutes.

It was during this stoppage Hamilton was reported to the stewards for failing to slow at Turn Five.

Hamilton appeared unperturbed and continued lapping as the fastest man, running on softs, ahead of Perez and Verstappen, who had joined the action after waiting for the track to cool.

With 16 minutes to go, Russell took over on top with Verstappen second, but it was a close contest between the Mercedes and Red Bull cars ahead of Ferrari -– promising a fierce scrap in qualifying later Saturday.

Perez, sizzling with intent after a stormy week, went back to the top again with 12 minutes remaining before the Dutchman re-emerged on a new set of softs to go second.