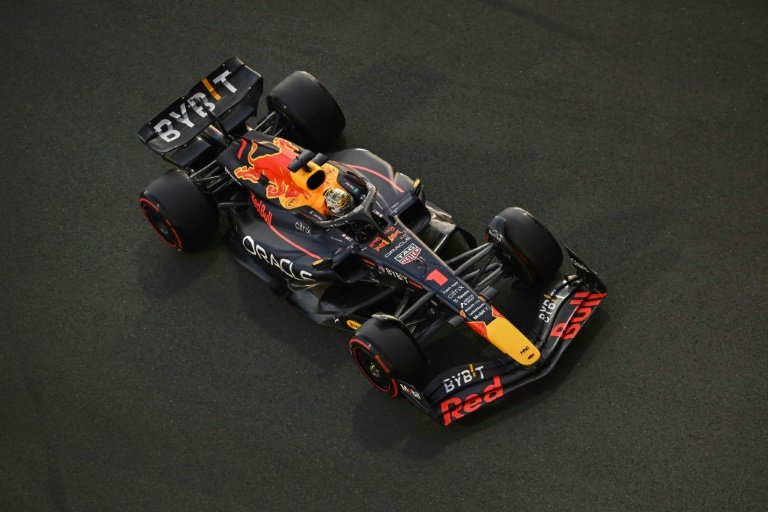 Max Verstappen recovered his confidence and poise on Friday when he topped the times for Red Bull ahead of Mercedes’ George Russell in opening practice at the Abu Dhabi Grand Prix.

The two-time world champion showed no reaction to recent events after ignoring team orders in Brazil, where Russell gained his maiden victory, and then delivering an angry attack on the news media and social media on Thursday.

"I am really happy with how that session went. Of course, we’ll always try to refine things overnight, but we should be competitive in qualifying," he said.

Verstappen, who is chasing a record-extending 15th win in a single season, clocked a best lap in one minute and 25.146 seconds to outpace Russell by more than three-tenths of a second.

All this suggested that the top three teams will be locked in close competition in Sunday’s season-ending race at the Yas Marina Circuit.

Russell, in buoyant mood after his win in Sao Paulo, said he believed Mercedes remained "a little bit behind" Red Bull on pure pace after the ‘silver arrows’ spent much of Friday testing new parts for 2023.

"We had a very strong day in terms of what we’ve learned," he said.

"We did quite a lot of testing items in FP1 looking ahead of next year and this is one of our last opportunities to test.

"In FP2, the track temperature was obviously cooler and it changed the conditions completely, but it felt fast out there. I think Red Bull just have the legs on us on a single lap, probably two-tenths ahead and on a long run maybe even further."

"It felt pretty good in the first session, but in FP2 the balance was a bit off,2 he said.

"I made some changes between the sessions and they weren’t the right ones so it was a bit of a struggle with oversteer and that was my limitation.

“The Red Bulls were a bit quicker, but that was expected as this is not our strongest race.

“So, we’ll work hard overnight and we’ll be there and hopefully we can put up a good fight.”

Leclerc said he was a little disappointed with his lack of pace, adding that Ferrari need to make progress overnight on set-up if they are to be competitive.

“It was a clean Friday, at least, which for a long time we didn’t have so this is good. On the other hand, we seemed to lack a little bit of pace, especially on the race runs,” he said.

Ninth on the timesheet was Daniel Ricciardo in his final weekend with McLaren.

After a roller-coaster season that saw his contract trimmed, Ricciardo found himself slithering on a slippy patch of new asphalt in his McLaren pit box ahead of his final race with the team.

Earlier, Red Bull's influential consultant Helmut Marko had told Sky Sports Germany that the Australian driver was set to return to Red Bull next year, as a third driver, ending speculation linking him with Mercedes.

The revelation that Ricciardo was Red Bull-bound in 2023 was interpreted by many paddock observers as a signal that Mercedes were poised to offer Mick Schumacher a similar reserve and test role in 2023, following his release by Haas.

In first practice earlier, Hamilton, returning to the scene of his acrimonious and controversial defeat by Verstappen in last year's title-deciding race, led from Russell.

Verstappen's drive in the morning was taken by Liam Lawson.

It was a convincing performance by the young New Zealander on his first run in a Red Bull for his third FP1 appearance of the season.

Eight regular drivers gave up their seats to ambitious reserves for the session.