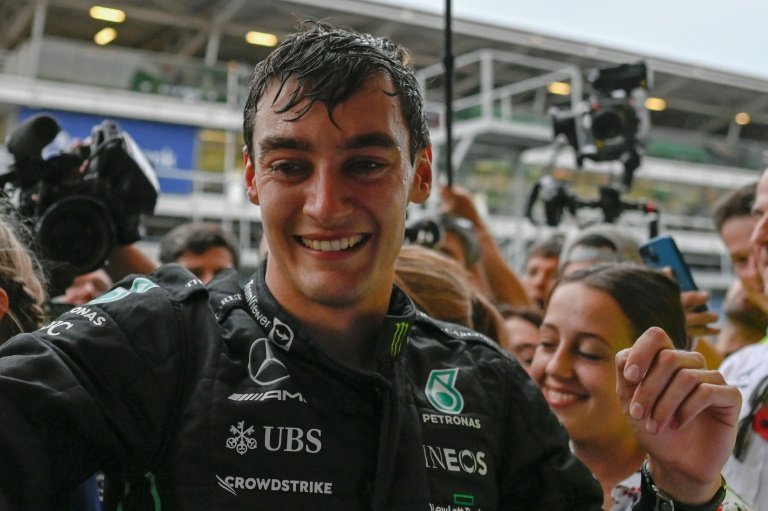 George Russell paid emotional tribute to the generosity and support of his family, the Mercedes team and team-mate Lewis Hamilton on Sunday after a flawless drive to his maiden full victory at the Brazilian Grand Prix.

It was the first one-two of the season for the 'silver arrows' and a great triumph for the team after a challenging and disappointing start to the year when they struggled to cope with the new ‘ground effect’ era in Formula One.

Mercedes are now just 19 points behind Ferrari in their bid to finish second in the constructors’ championship, a position they felt was unlikely after struggling so badly in the first half of the season.

A tearful Russell admitted he had been through an emotional rollercoaster as he and the team battled to recover their competitive form, having been team champions for the previous eight seasons.

“That was a really tough race,” he said. “I felt in control, but Lewis was super-fast and, when I saw the Safety Car towards the end of the race, I thought ‘Oh, Jesus – this is going to be a really difficult end.

“He put me under so much pressure and I am so happy now to have come away from that with the victory.”

Asked to reflect on his journey to the top and his first win at his 81st Grand Prix, he thanked his parents, his family, his girlfriend and members of Mercedes, the team he joined as a junior driver in 2017.

“I’m speechless,” he said. “On the in-lap all of these memories came flooding back. Starting off with my mum and dad in go-karts and going through all the support I’ve had from the rest of my family, my girlfriend, my trainer, my manager…

“Then obviously the likes of Gwen Lagrue who gave me the opportunity to get on the programme with Mercedes and James Vowles and Toto Wolff.

“The list is endless. I can’t thank them enough. I am super-proud today. What we have done is unbelievable this season – it’s been such an emotional rollercoaster.

“Having Lewis Hamilton as a team-mate is something exceptional too. He is on it every day, he works so hard and he never misses anything. And he has been so great to work with – I have learned so much.”

Hamilton, who was hoping for a win himself to extend his record of winning at least once in every season since he entered Formula One in 2007, was delighted for Russell and the team.

“Firstly, huge congratulations to George. What an amazing drive today – he truly deserves it. We have all worked so hard for a win, but a 1-2 is incredible. Hugely deserved. A big thank-you.”

“I really had one of the best weeks of my life, with how everyone accepted me here and the warm welcome I had. I'm excited to come back here again. Hopefully some holidays in the future!" 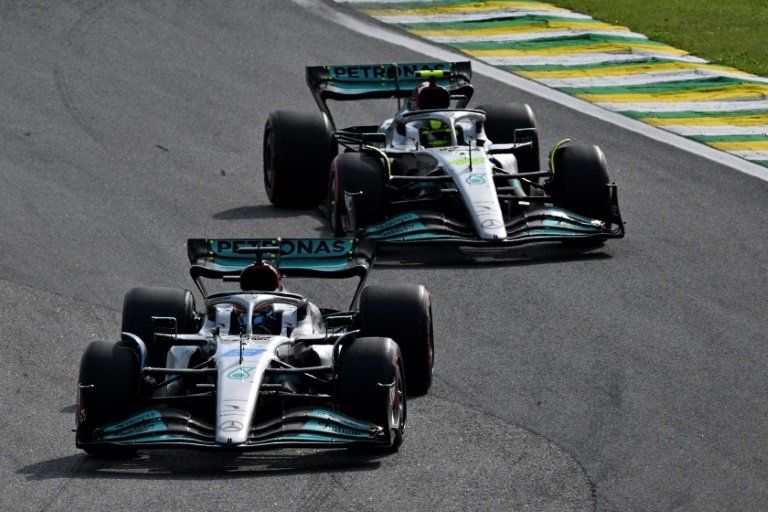 “It’s been back and forth but both drivers push each other which is very good,” he said. “They work well together and that’s how it should be.”

He notably praised Vowles, the team’s chief strategist, for his work with the young driver programme and Russell’s progress.

“I remember that George’s win in F3 was the only time that Niki Lauda ever visited the junior series and he told me ‘he’s going to become a good one’.