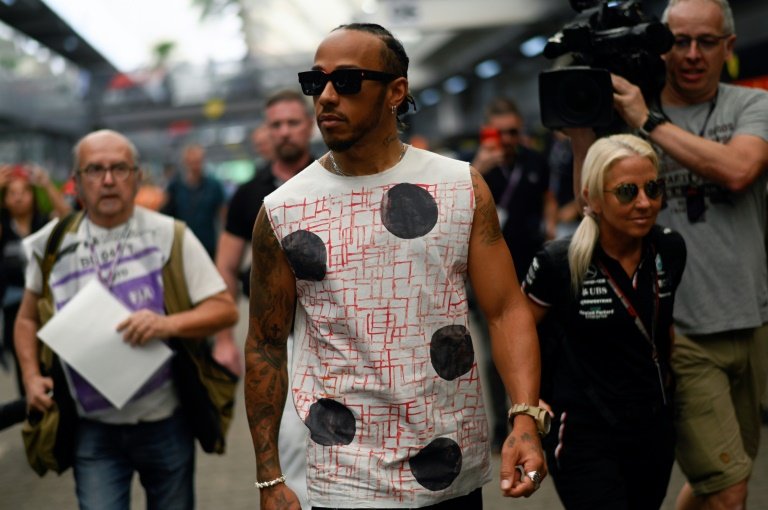 The 37-year-old Briton and Mercedes team-mate and compatriot George Russell are 40 points adrift of Ferrari ahead of this weekend’s Sao Paulo Grand Prix, the penultimate race of the season.

He said it would be ‘amazing’ if Mercedes succeeded in overhauling that deficit to take second place in the teams’ title race behind champions Red Bull.

“I know how important it is for the team and everyone back at the factory in terms of bonuses,” said Hamilton. “Especially at a time when energy prices have gone through the roof, when living costs in the UK have skyrocketed.

“So I know, because I’m told and I can see how important and impactful that is for them, and also just how hard we’ve dug deep to catch up.”

He added that if Mercedes succeeded in taking second place ahead of Ferrari, it would be not only an exceptional achievement following Ferrari’s excellent winning start to the season, but also a very positive signal for 2023.

“I know it would be an amazing feeling if we could,” he told Motorsport.com. “If you then look at being realistic, Ferrari have had an amazing car most of the year.

“I don’t know what happened last weekend, but most likely they’re going to be back at the front this weekend, but who knows? So, it’s no easy feat to beat them, but if we did, I think it would be a pretty amazing comeback and that narrative -- it’s sending them into the winter knowing that we mean business.”

Hamilton also said on Friday that he felt Interlagos offered Mercedes a better opportunity to beat Ferrari than the final race in Abu Dhabi, where the circuit features much longer straights favouring cars with superior power.

He also made a point on Friday to praise rival and two-time champion Max Verstappen of Red Bull for ‘doing an amazing job’ this year, as he won 14 of the 20 races with two remaining.

"I think he's done an amazing job, He's done everything he had to do,” he told reporters. “The team provided him with an amazing car and he's delivered pretty much every weekend. He can be proud of the job he’s done.”