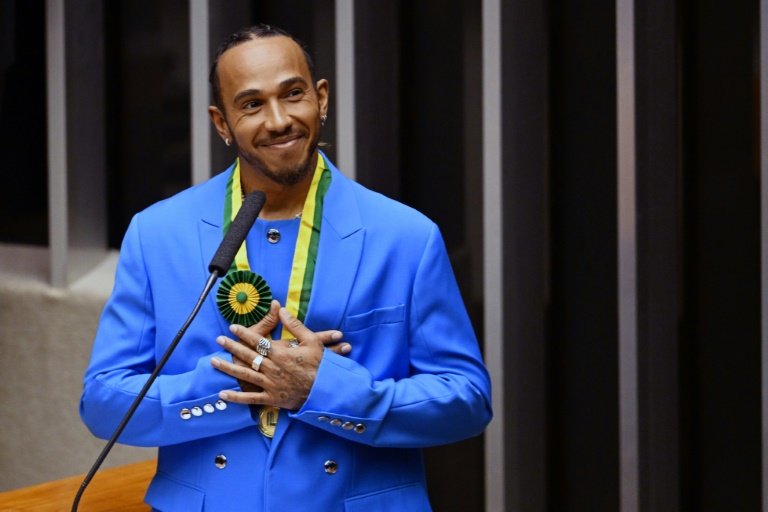 Hamilton, 37, has a close relationship with Brazil, home of his boyhood idol, the late champion Ayrton Senna, and scene of his first Formula One title in 2008.

Wearing an electric-blue suit, Hamilton received a certificate and a medal in the green and yellow of the Brazilian flag from the speaker of the lower house of Congress, Arthur Lira.

"I really want to dedicate this honor to Ayrton Senna," the Mercedes driver said.

"When I was five years old I saw Ayrton race for the first time, and that was the moment I knew I wanted to be a world champion like him."

But his greatest memory there is perhaps from 2008, when he passed Germany's Timo Glock on the last corner of the last lap to finish fifth and pip Brazil's own Felipe Massa for the driver's title.

The dramatic finish made Hamilton the youngest F1 champ in history and first black driver to win the title.