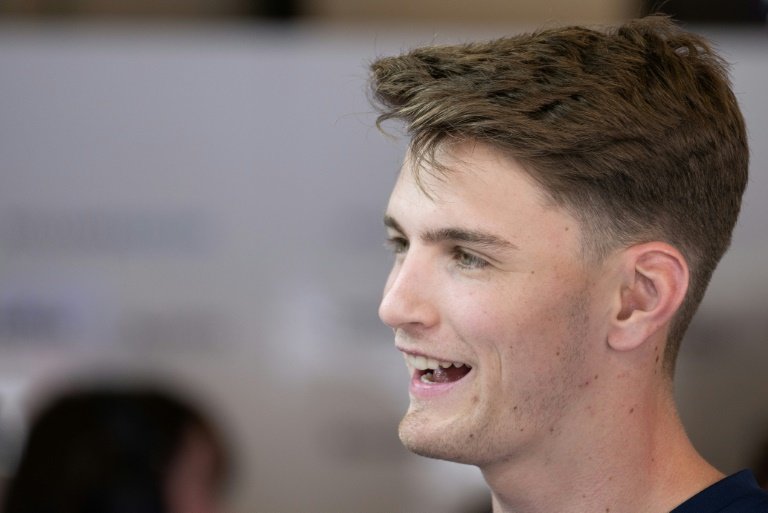 American Logan Sargeant will race for Williams next season and team principal Jost Capito has urged fans to give him time. / © AFP

American rookie Logan Sargeant will need patience and time to learn the ropes in Formula One next season but has all the qualities to thrive, Williams team chief Jost Capito told AFP in an interview.

After just one season in Formula Two, Sargeant will take a seat with Williams next season, provided he secures enough points in the final F2 races to earn his licence for the top tier.

The 21-year-old Floridian has come through the Williams academy and learned his trade mainly in Europe in karting and F3.

While some have questioned if a single season in F2 is enough to prepare him for the elite, Capito says he has no doubts Sargent is ready.

"He did the two (FP1) tests. We know he is ready," said the German. "I am quite a fan of bringing young drivers through quickly and not parking them unnecessarily. If a driver is really capable he can get into F1 after one year in F2. There is no need to park him for another year.

"I think he will develop much more with a year in F1 than another year in F2 -– and then you see much more quickly if he is really capable of moving up in F1 and becoming one of the best drivers. I am always keen to do that as early as possible."

But the Williams chief says it is important that fans measure their expectations for Sargeant's debut season in F1.

"You have to give every rookie a year or two, to make mistakes, because it is so much more complicated than any other race series," Capito said.

"We will not be in position to have a winning car next season because of the team. It takes a couple of years, so it is now the right time to get a young driver in and to develop them.

"The fan base needs to know that it is not the case that a rookie comes into F1 and wins races or is highly competitive. When we had George (Russell) at Williams, he still made mistakes in the second year and then now you see where he is after his third year.

Should Sargeant adjust, he has the chance to become the first American star in the sport at a time when it is enjoying a boom in US interest.

Capito doesn't deny there is excitement at such a potential scenario -- even if he insists the decision to give him a seat was purely a sporting one.

"I think it is a win-win situation," he said. "We took him on board on the academy based on his results and it was not obvious whether he could make it in Formula One or how far can he make it.

"So we took him on merit, what he has achieved in his career, and saw that he brought up teams in other series that were not really competitive before. He could bring them up, fight, get results and I think that is very important.

"We supported him to be in F2 this year and as a rookie he did absolutely fantastic. He won two races. He is third in the championship. Even if he had some technical issues, he could get points.

"If you look long term at the team, it is now the right time to get a rookie in that we can develop for a long time."