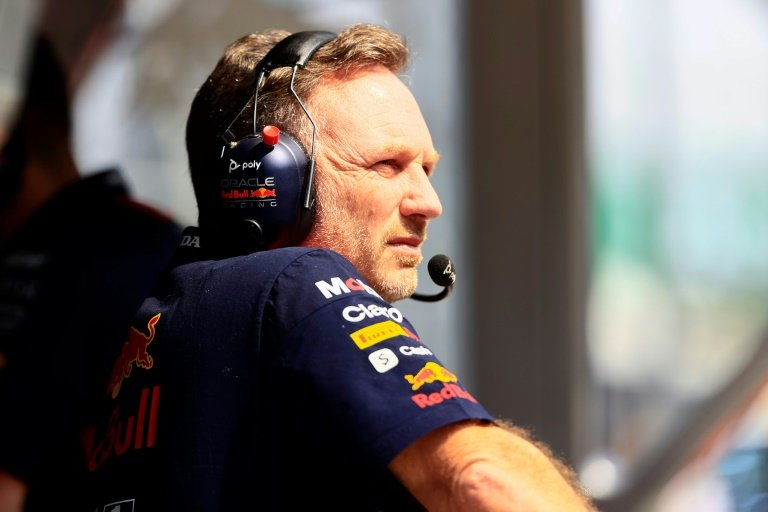 Horner, who asked the entire Red Bull team to support world champion Max Verstappen after he complained about comments made by reporter Ted Kravitz in Texas, said he and the champion outfit will return to normal with Sky in Brazil.

He explained following Verstappen’s record 14th win of the season in Sunday's race that the team were disappointed with "a series of derogatory comments" on Sky, but would not continue their boycott.

Horner said: “There needs to be balance in commentary. Some of the commentary is excellent, but some of the pieces, there’s too much sensationalism.

“We stand together as a team. We just want to set an example and show that some things are not acceptable.

"It’s not just about Sky England either. It’s about all of their channels, including Germany and Italy. None of our team members spoke to them this weekend."

Verstappen had earlier said that he felt disrespected and suggested that some comments and opinions aired on television encouraged a toxic reaction in social media.

He was booed at the United States Grand Prix as the controversial saga of Red Bull’s breach of the $145 million (dollars) cost cap last year became a focus of attention for the news media and in the paddock.

He said: "It had nothing to do with this weekend, but this year has been a constant kind of like digging and being disrespectful, especially from one particular person.

"At some point, it's enough, I don't accept it. You can't live in the past, you just have to move on.

"Social media is a very toxic place, and if you are constantly being like that on live TV, you make it only worse instead of trying to make it better in the world."

Hamilton, who finished second behind Verstappen, was booed after Sunday’s race and conceded that he had been affected and felt "awkward".

He agreed that social media was a "toxic" place and encouraged people to "get off it ultimately".

"Mental health is such a prominent thing right now," he added. "I know so many people are reading their comments and what people say is hurtful.

"Fortunately, I don't read that stuff, but the media platforms definitely need to do more, particularly for young kids and women. At the moment, they're not doing that so I think this will just continue."

Verstappen’s victory took him to a record 416 points for the season to date, a record haul.

“Hopefully, we can score a few more, but it’s not about that. At the end of the day, it’s all about trying to win a championship and it doesn’t matter with how many points you get.

"I just live in the moment. I just try to do the best I can every weekend, win the races. It is just an incredible season for the team. I never thought I’d be able to win 14 races in a year."