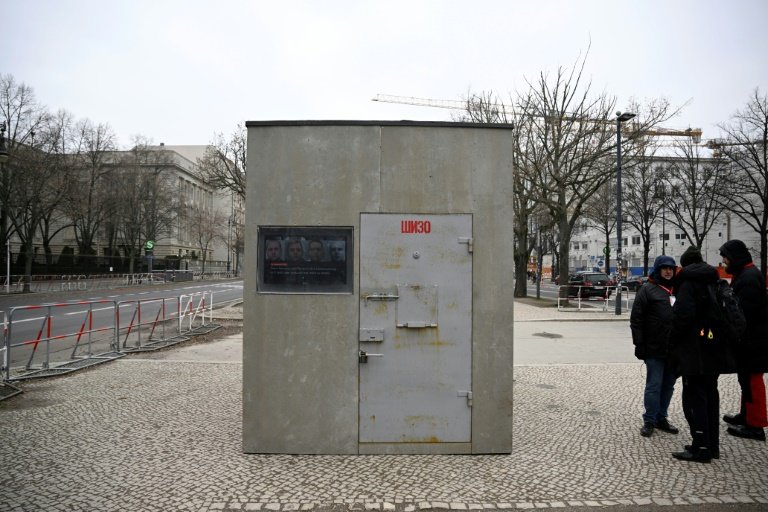 Alexei Navalny, the most prominent opponent of Russian President Vladimir Putin, has been held for the past two years at the maximum-security prison outside Moscow / © AFP

Grey and grim: a concrete box modelled after Alexei Navalny's jail cell has been installed by supporters of the imprisoned Kremlin critic across the street from the Russian embassy in Berlin.

Navalny, the most prominent opponent of Russian President Vladimir Putin, has been held for the past two years at the maximum-security prison outside Moscow.

Opening the installation on Tuesday, his supporters said they hoped it would raise awareness of the dire conditions Navalny was being held in.

Visitors are shut inside the room -- around 2.5 metres (eight feet) wide and three metres long -- which mirrors the punishment cell in which Navalny has been held for part of his imprisonment.

"I think it's terrible," said Anya Nikolaeva, 26, adding that she was "happy" that she only had to spend a short time in the cell.

"It's strange when there is a toilet and your bed in a really small place," said Nikolaeva, who is from St Petersburg.

The 46-year-old Kremlin critic's prison is outside the town of Vladimir, around 230 kilometres (145 miles) east of Moscow.

He is being held there after an embezzlement conviction, one of several rulings Navalny has denounced as an attempt to silence him. 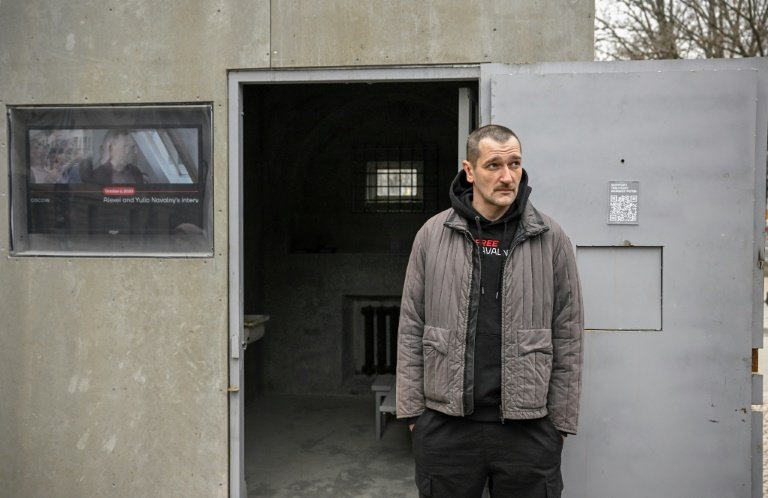 The installation was visited by Alexei Navalny's brother, Oleg, who served a three-and-a-half year term in Russia's prison system and participated in the cell's design / © AFP

The installation was visited Tuesday by Navalny's brother, Oleg, who served a three-and-a-half year term in Russia's prison system and participated in the cell's design.

Light penetrates the model room from a small window at one end, dimly illuminating a little sink, a toilet on the ground and a simple bed, which is folded away during the day.

"I am amazed by his strength, especially his mental strength," said Natalia Busch, 45, who regularly makes donations to Navalny's organisation.

"People are very confused and impressed by the conditions where Alexei Navalny is in now," said Eugene Nasyrov, 42, a volunteer at the replica cell.

The installation is open and staffed 24 hours a day and will run until February 23, the eve of the anniversary of the invasion of Ukraine, Nasyrov said.

Navalny was poisoned with Novichok, a Soviet-made nerve agent, on a trip to Siberia in 2020.

He received treatment in Berlin, and has accused Putin of being behind the attack.