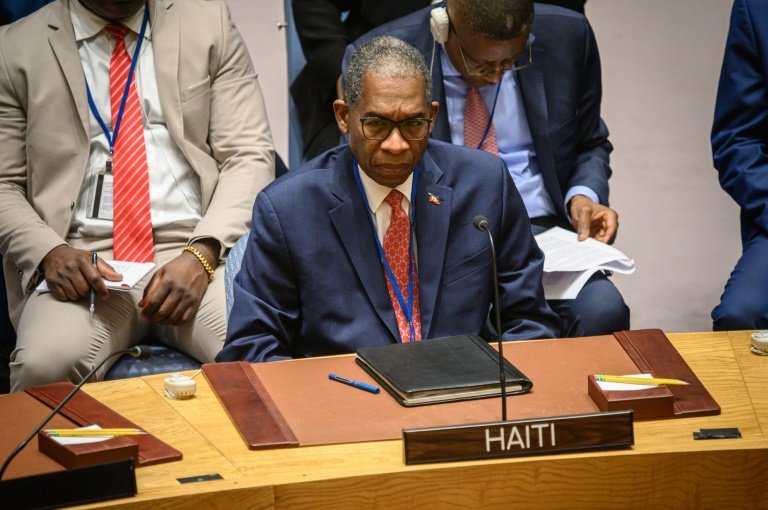 Gang violence is spiralling out of control in Haiti, the UN envoy to that country said Tuesday as she appealed again for the creation of an international force to restore order in the poorest country in the Americas.

Haiti has been mired in political and economic crisis for years, with rampant lawlessness, poverty and despair. The assassination of president Jovenel Moise in July 2021 triggered another acute downturn in national stability.

Powerful and well-armed gangs control much of Haiti and regularly kidnap people and hold them for ransom.

"This violence is part of well-defined strategies designed to subjugate populations and expand territorial control," the envoy said.

Dozens of women and children as young as 10 have been raped as a way to spread fear "and destroy the social fabric of communities under the control of rival gangs."

Haitian police are now equipped with armored vehicles donated by Canada but the force is "overstretched, understaffed and underresourced" and has failed to stop the rise in gang violence, Guterres said in the report.

"I reiterate the urgent need for the deployment of an international specialized armed force," Guterres said in the report, echoing comments Tuesday from the envoy.

He first passed on this request back in October from Haitian Prime Minister Ariel Henry, who asked the Security Council to create such a force.

Nothing has come of it. Some countries have said they were willing to take part in such a force but apparently none wanted to lead it.

The appeal was reiterated Tuesday by Haiti's ambassador to the UN, Antonio Rodrigue, who said that without restoration of law and order the country cannot hold new elections and get back on its feet.

Haiti right now has neither a president -- Moise was not replaced -- nor parliament as all its lawmakers' terms have run out and the country has not held national elections since 2016.

Food prices are up 63 percent since 2021 and nearly five million people in Haiti suffer acute food insecurity, the UN says.

"The hour is grave. We need much more action," Rodrigue said.