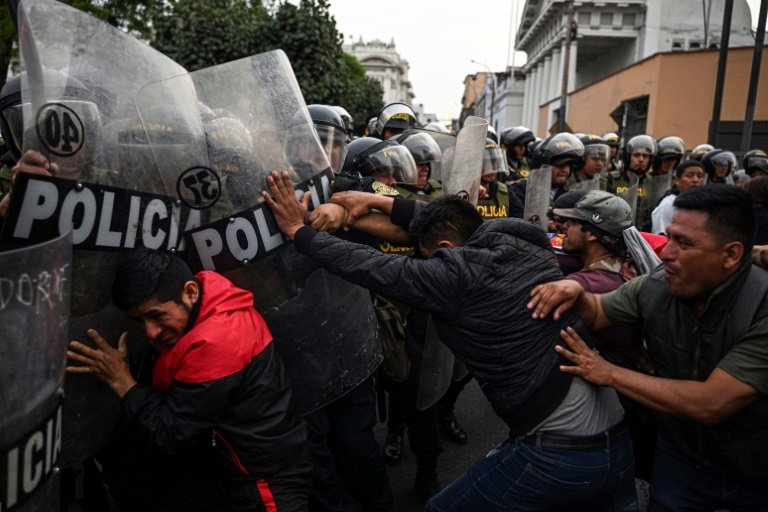 Peru's new president Dina Boluarte has said she will form a new government Saturday, even as demonstrators pressed on Lima streets for ex-president Pedro Castillo to be freed after an alleged failed coup bid.

Boluarte told journalists that if the situation "warrants it," the government will consult with Congress on holding an early presidential vote.

She urged those "who are coming out in protest ... to calm down."

Demonstrations continued on Friday, with protesters blocking roads with rocks, logs, and burning tires as they called for early elections.

The roadblocks interrupted traffic along the southern Pan-American Highway that links Peru and Chile.

Two days after the failure of his coup attempt, Castillo is sharing a detention center with former president Alberto Fujimori at a police base in Lima.

The prosecution accuses this left-wing rural teacher of rebellion and conspiracy, and a high court ordered him into seven days in preliminary detention.

On the streets, meanwhile, the demonstrations continue for the second day and fuel uncertainty about the possibility that Boluarte can conclude her term in 2026, as she herself announced upon taking office.

Hundreds of demonstrators marched through the colonial center of the capital, demanding Castillo's release.

"I voted for Castillo, this Congress does not represent us, we want Castillo freed," Maribel Quispe told AFP, in the march that left the central Plaza San Martin, and included the Prosecutor's Office on its route to Congress.

"We want them to close this corrupt Congress and free Castillo. He made the decision to close Congress because they wouldn't let him work," marcher Sara Medina said.

Several dozen riot police officers closed the avenues that lead to the legislature to prevent the protest from passing through.

The demonstrators burned banners with the image of President Boluarte, shouting "coup leader!"

Earlier Friday, Castillo's former chief of staff said that the Peruvian ex-president "could have been induced" by drugs to dissolve Congress and does not remember delivering the national address that led to his downfall.

Congress was supposed to debate Castillo's impeachment on Wednesday on corruption charges, but the president preempted them by announcing in a televised speech that he was dissolving the assembly and would rule by decree.

"There are indications that the president was forced to read the message of dissolution, and whoever wrote the text did so in order to provide an argument for his removal," ex-aide Guido Bellido said on Twitter.

Bellido, who visited his former boss at the Lima police base where he is held while under investigation for rebellion and conspiracy, also questioned Castillo's mental condition.

"The psychological state of P. Castillo when reading the message to the nation shows that he was not in control of his faculties. This suggests that he could have been induced. A toxicological test is urgently needed," he said.

The charges against him carry a jail term of between 10 and 20 years.

Boluarte, who served as vice president under Castillo, was hastily sworn in as Peru's first woman president just hours after the impeachment. 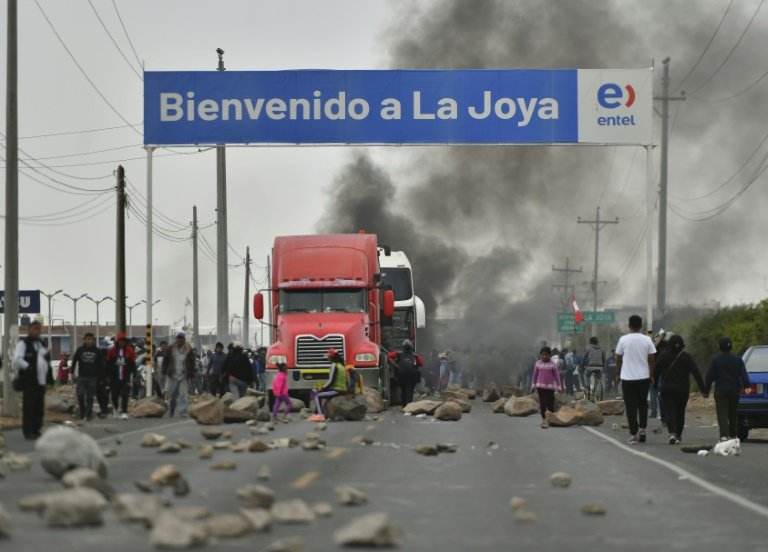 Supporters of former Peruvian President Pedro Castillo block the PanAmerican Highway in the town of La Joya, 1,000 kilometers south of Lima, to protest demanding his release and new elections in Lima / © AFP

However, doubt is mounting over her ability to hold onto the job until the end of her mandate in 2026 in a country prone to political instability that is now on its sixth president in six years.