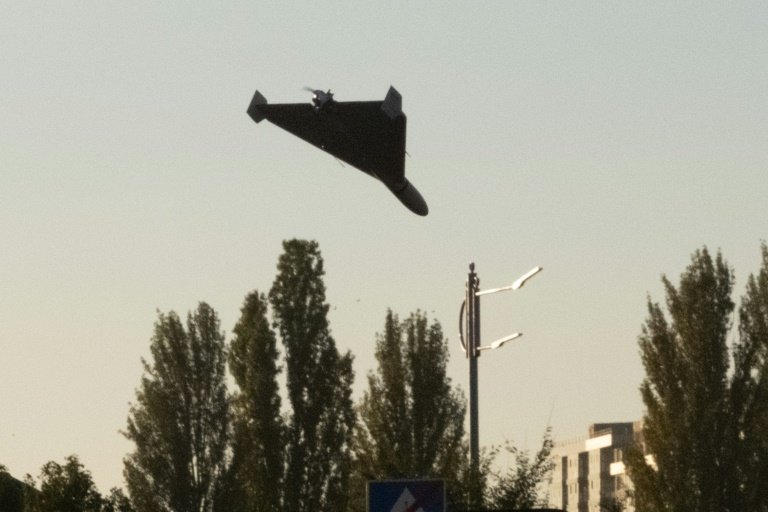 A drone approaches for an attack in Kyiv on October 17, 2022 as Russia strikes Ukrainian cities and energy infrastructure after suffering setbacks on the battlefield / © AFP

The United States on Friday expressed alarm over a "full-scale defense partnership" between Moscow and Tehran, describing it as "harmful" to Ukraine, Iran's neighbors and the world.

Iran stands accused by Western powers of supplying drones to Russia -- which rejected the US allegations -- as Moscow batters Ukraine's energy infrastructure in search of an advantage in the bloody conflict.

Washington has previously condemned Iran-Russia security cooperation, but on Friday described an extensive relationship involving equipment such as helicopters and fighter jets as well as drones, with the latter items resulting in new US sanctions.

Moscow "is offering Iran an unprecedented level of military and technical support -- that is transforming their relationship into a fully fledged defense partnership," he said.

"We have also seen reports that Moscow and Tehran are considering the establishment of a joint production line for lethal drones in Russia. We urge Iran to reverse course (and) not to take these steps."

The drone allegations, he said, were "already refuted" multiple times before.

Earlier, Kirby announced that the United States would sanction three Russian-based entities active in "the acquisition and use of Iranian drones."

The sanctions target the Russian Aerospace Forces, the 924th State Center for Unmanned Aviation, and the Command of the Military Transport Aviation.

"The United States will continue to use every tool at our disposal to disrupt these transfers and impose consequences on those engaged in this activity," Secretary of State Antony Blinken said in a statement on the sanctions.

Last month, Tehran admitted it had sent drones to Russia, but insisted they were supplied before the invasion of Ukraine. 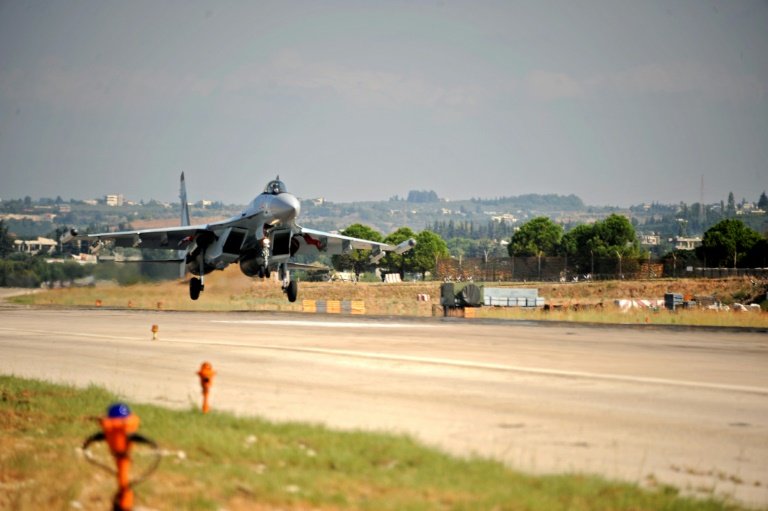 A Russian Su-35 warplane, which the White House says Moscow may be training Iranian pilots to fly / © AFP/File

Iranian pilots have reportedly been learning to fly advanced Sukhoi Su-35 warplanes in Russia, and Tehran may receive the aircraft within the next year, which would "significantly strengthen Iran's air force relative to its regional neighbors," Kirby said.

The United States also believes that Iran is considering the sale of "hundreds of ballistic missiles" to Russia, he said.

Britain's Foreign Secretary James Cleverly took aim Friday at the "sordid deals" between Moscow and Tehran, saying in a statement that Iran had sent drones to Russia in exchange for "military and technical support" from Moscow.

This "will increase the risk it poses to our partners in the Middle East and to international security," Cleverly said, vowing that "the UK will continue to expose this desperate alliance and hold both countries to account."

He said the aid "will soon be on its way to provide Ukraine with new capabilities to boost its air defenses and counter the threats that Ukraine is facing from drones."

The Pentagon released details on the package, saying it includes counter-drone equipment, as well as ammunition for Himars precision rocket systems, 80,000 155mm artillery rounds, some 150 generators, and other equipment.

The United States has previously said that generators were being provided to Kyiv to help Ukraine with its electricity needs amid repeated Russian strikes on energy infrastructure.

The latest package -- which is made up of equipment taken from existing US stocks -- brings Washington's military assistance to Ukraine since Russia's February 24 invasion to more than $19.3 billion.