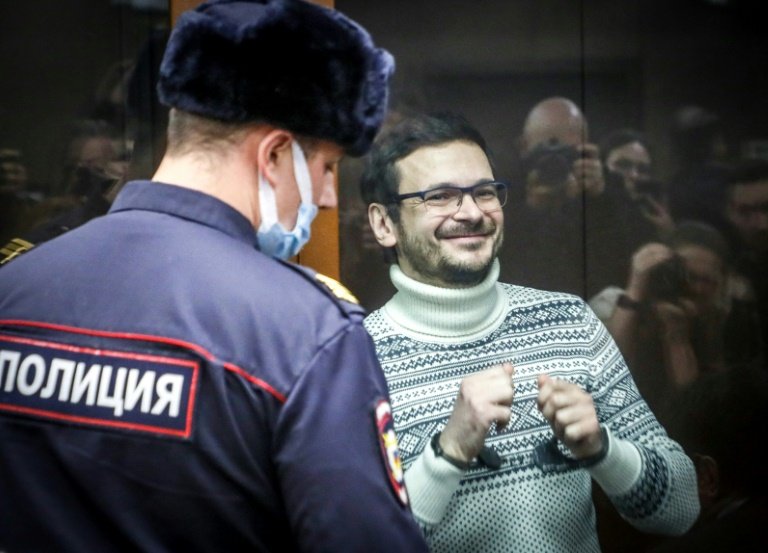 Russia on Friday sentenced opposition politician Ilya Yashin to eight and a half years in prison for spreading "false information" about Russia's offensive in Ukraine, the highest-profile conviction under new legislation criminalising criticism of the assault.

The 39-year-old Moscow councillor is just the latest in a long line of Kremlin critics to have been sidelined in recent years in a crackdown that has intensified after President Vladimir Putin sent troops to Ukraine.

His supporters in the courtroom applauded Yashin, who smiled and waved to family despite being handcuffed, as the sentence was read out.

Judge Oksana Goryunova said Yashin had committed a crime by disseminating "knowingly false information about Russia's armed forces" and sentenced him to eight years and six months in a penal colony.

In April, he had described the alleged murder of civilians in Bucha as a "massacre", referring to a town near the Ukrainian capital Kyiv where civilians were found killed after Russian forces pulled back.

He is being tried under new legislation that came into force after the start of Moscow's military campaign in Ukraine to penalise what the authorities deem to be damaging or false information about the Russian military.

Aked about Yashin's conviction on Friday, President Vladimir Putin said: "And who is he? A blogger?"

The Kremlin chief said that, as a lawyer by training, he could not comment on court rulings.

"I think its inadvisable to question the court's decision," Putin told reporters following a regional summit in the Kyrgyz capital Bishkek.

Yashin is an ally of jailed opposition leader Alexei Navalny and was close to Boris Nemtsov, an opposition politician assassinated near the Kremlin in 2015.

"Another shameless and lawless verdict from Putin will not silence Ilya and it should not intimidate Russia's honest people," Navalny said in a comment posted on Instagram after the verdict.

Navalny, 46, is serving a nine-year sentence on embezzlement charges that are widely seen as politically motivated. His political organisations have been outlawed. 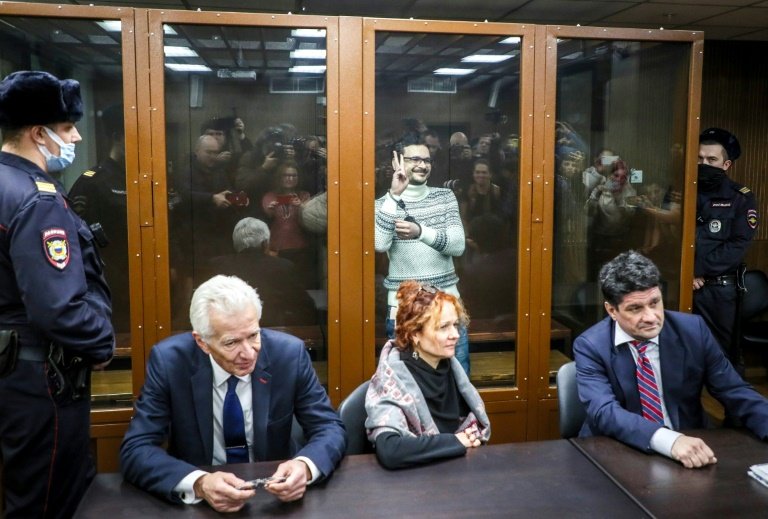 Yashin refused to leave Russia even after Putin sent troops to Ukraine on February 24 and regularly condemned the Kremlin's offensive in Ukraine to his 1.3 million subscribers on YouTube.

"Ilya was mentally prepared from the very start that he could be accused and convicted," Yashin's lawyer Maria Eismont told reporters after the verdict.

She praised his composure, saying it was "the result of a conscious choice of a person and citizen".

During his closing statements this month, Yashin called on Putin to "immediately stop this madness".

"We need to recognise this policy towards Ukraine is wrong, to withdraw troops from its territory and move on to a diplomatic settlement of the conflict," he said.

"I will not give up the truth even behind bars," he added.

Prosecutors previously argued that Yashin had "inflicted considerable damage to Russia" and "increased political tensions" amid Moscow's military campaign in the pro-Western country.

Another hearing last month saw a brief scuffle between court employees and Yashin's father when it appeared that guards had told Yashin's mother to stop talking to her son.

A spokesman for EU foreign policy chief Josep Borrell called for the Russian authorities to release Yashin "immediately and unconditionally".

Yashin was detained in June while walking through a Moscow park and accused of spreading "fake" information about the Russian army.

Tens of thousands of Russians -- including many independent journalists -- left the country after the beginning of the conflict. The exodus worsened when the Kremlin in September said it would be drafting thousands of men into the army.

Another Moscow councillor, Alexei Gorinov, was sentenced to seven years in prison in July for speaking out against the Ukraine offensive.