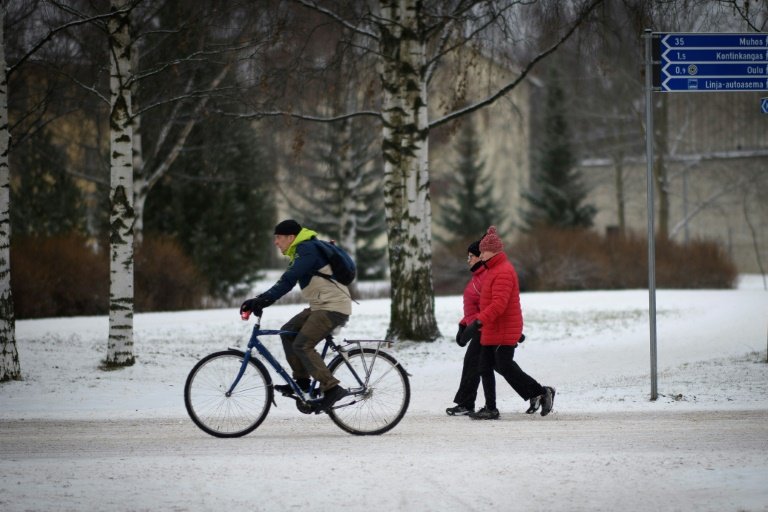 Temperatures of minus 25C does not stop cyclists in Oulu, Finland / © AFP

Winter temperatures that drop to minus 25 degrees Celsius do not stop cyclists in the Finnish city of Oulu.

The city which calls itself the "capital of winter cycling" has become a pin-up of sustainable transport, with most children still biking to school at minus 20 degrees Celsius (minus 4 degrees Fahrenheit).

"I cycle all year around. I don't even own a car," Ari Karjalainen told AFP as he returned home after shopping for groceries.

Despite the snow, bike racks are jam-packed in downtown Oulu, with bundled-up locals leaving vapour trails in their wake as they cycle around the city in the icy air.

"Just put on enough clothes," quipped 22-year-old Mimmi Kahkonen when asked how she manages to cycle in the frosty weather.

For many locals, even the term "winter cycling" sounds odd, as biking all year round is so common despite the city being only a little more than 100 miles (160 kilometres) south of the Arctic Circle.

Many cyclists use wider winter tyres with better grip, sometimes with steel spikes, but some people bike with the same tyres year-round.

"We are so used to the winter that we don't consider it much of a challenge," Harri Vaarala, one of the city's traffic engineers, told AFP.

While the seaside city averages five months of snow and below-zero temperatures, a fifth of all journeys within Oulu are done by bike.

Part of what makes this possible is the priority its main bike lanes get over roads for snow ploughs, said Vaarala. 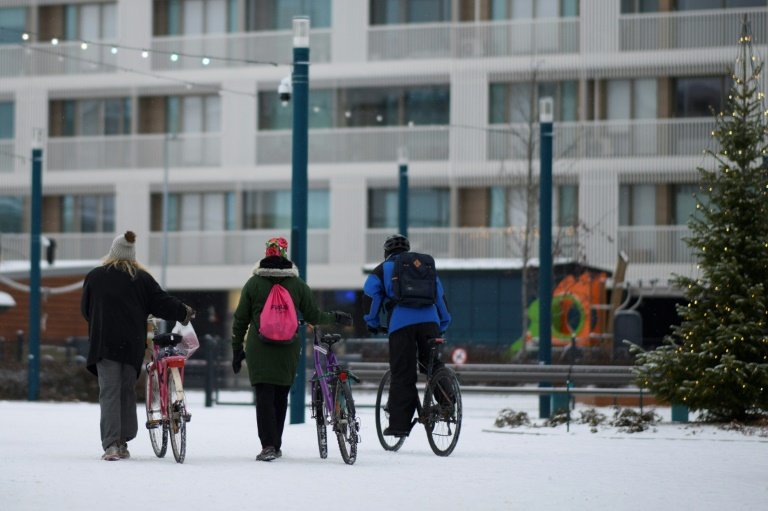 Bike friendly: more than a fifth of trips in Oulu are made by bicycle / © AFP

That means that 1,000 of the 1,200 pupils at Metsokangas school bike to school throughout the winter.

According to Vaarala, the city has made "a clear value-based decision" to support cycling, at times prioritising cyclists over motorists.

"In some cases, we have moved motorways to fit in a good quality bike lane," he said.

When the city sought out contractors for its winter maintenance, one of the conditions was that the snow plough drivers as well as their supervisors had to cycle the routes they maintain.

"This gives them a first-hand understanding of how different conditions affect cycling," Vaarala said.

The city also employs a number of "cycling agents" that report weekly on how well the bike lanes are maintained, which directly affects the contractors' bonuses.

In some locations along bike lanes, traffic signs are illuminated on top of the snow using projectors.