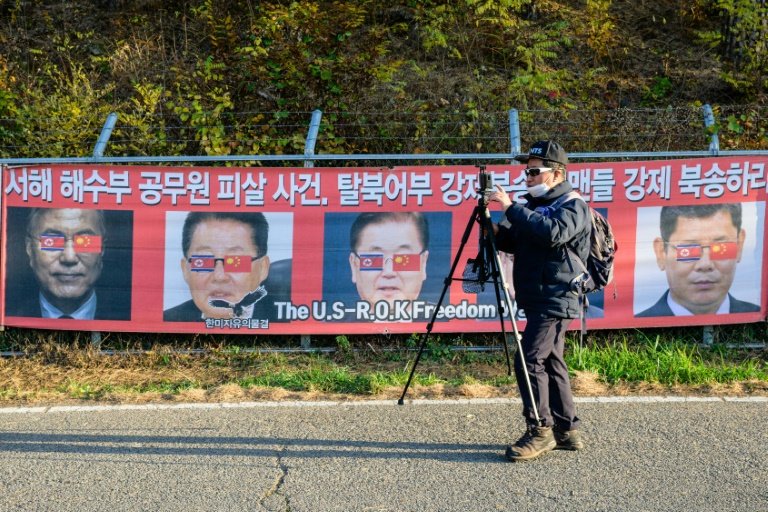 After five years running South Korea, former president Moon Jae-in moved to a peaceful village far away from Seoul, in search of a quiet retirement. Then the protests began.

Every day since his arrival in May, demonstrators in Pyeongsan village have used megaphones to shower him with vitriol over his efforts at engagement with North Korea, livestreaming their protests to hundreds of viewers.

"Moon is essentially a spy working for North Korea," Choi Jin-bae, a 58-year-old part time construction worker, told AFP as he used his phone to livestream his protest and chat to fans, many of whom send him donations.

The tiny village, home to around 100 people, has become an unwitting symbol of South Korea's bitter political divide.

It has also become a reminder of the perils of holding high office in a country where every living former president -- except Moon, so far -- has been jailed after leaving office.

The protests targeting Moon highlight how social media is transforming political action in South Korea, by both amplifying demonstrators' voices and allowing them to generate funds to sustain their activities. 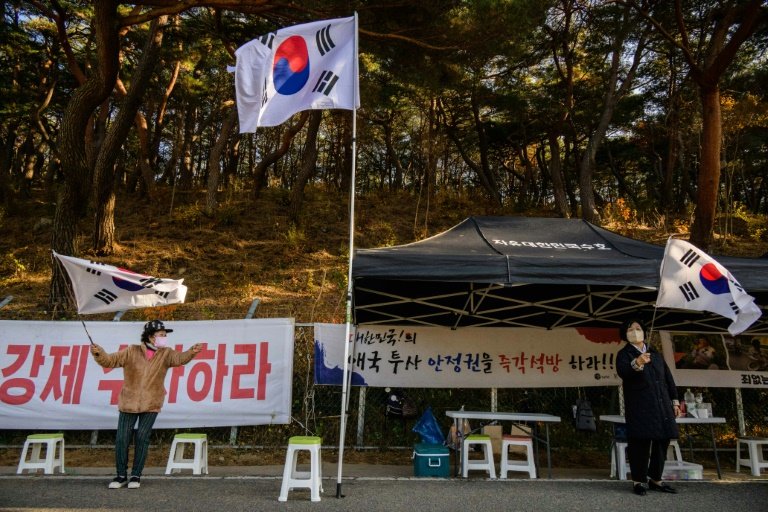 His diplomacy ultimately failed, with the North now more belligerent than ever.

Moon's attempts at dialogue enraged many security hawks -- and also internet commentators like Choi, who claims Moon pushed South Korea to the brink of "becoming a communist state".

"He was a president who worked on behalf of the North, not for our national interest," Choi said.

Other protesters nearby chanted "Commie Moon should be deported to North Korea!" as loudspeakers blared anti-communist military songs.

But, as is the case around the world, the internet has transformed what was once staid policy difference into a misinformation-fuelled debate for many South Koreans. 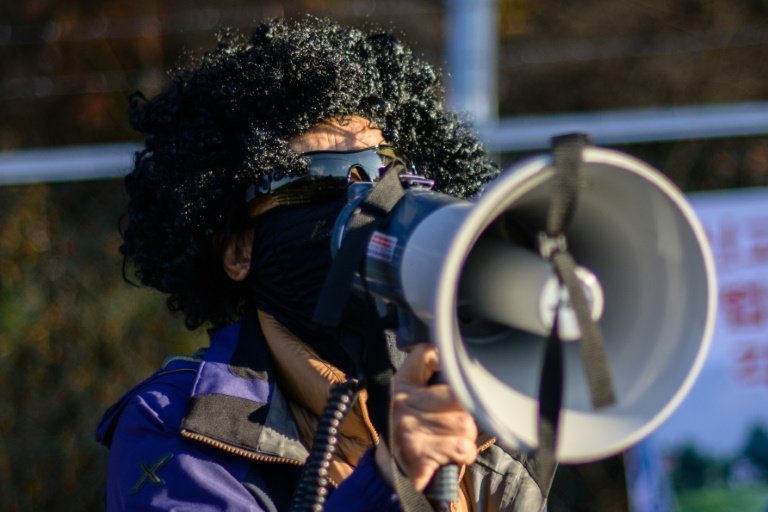 "This is the Post-truth era, in which social media strengthens confirmation bias by letting people see only what they want to see," Ryu Woong-jae, a media communications professor at Hanyang University, told AFP.

Protester Choi said he gets all his news from YouTube channels, with donations from his online followers bringing in about 200,000 won ($150) a month, which helps fund his protests.

Another demonstrator, Ryu Guk-hyun, who has been livestreaming his protests outside Moon's house for months, said his viewers have even brought him food.

"I was so thankful that I had tears in eyes. They encouraged me to keep it up so I have to do this one-man protest in earnest," Ryu, who is unemployed, told AFP.

There have been short-term protests outside some South Korean politicians' residences in the past.

What sets the Moon protests apart is their "sustainability thanks to the profitable business model from YouTube," said Cho Ki-suk, a political science professor at Ewha University.

"The months-long protest has now become a means to make a living for those camping out," Cho added.

There are also extreme left-wing YouTube channels that have recently been accused of harassing the wife of President Yoon Suk-yeol as well as the country's sitting justice minister.

"President Yoon will someday retire too. There should be a legal measure to ban such rallies for his sake," Cho added. 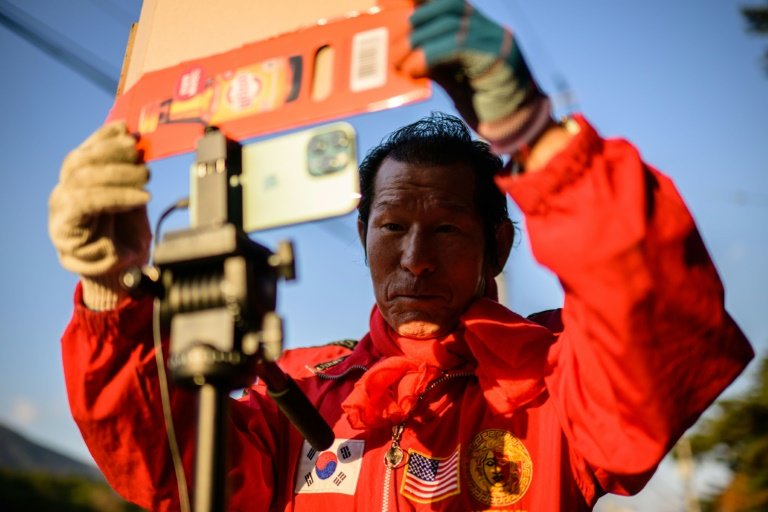 The constant protests have taken a toll on Moon's neighbours, who have pleaded with authorities to rein them in / © AFP

The constant protests have taken a toll on Moon's neighbours, who have pleaded with authorities to rein them in.

The protests used to be on a narrow intersection within 100 metres (110 yards) of Moon's residence, but after one demonstrator was arrested in June after purportedly threatening Moon and his wife, authorities ordered them to stay 300 metres away from his house.

"I do feel sorry for the residents here," said one female protester surnamed Suh, 59, speaking to AFP in between shouting: "Expel Moon to the North!"

But she said the only way her protest would end would be if Moon was deported. "He doesn't deserve to live in this country," she said.

One of Moon's neighbours, Seo Hea-young, 65, said the former president could not even go outside.

"If I were boxed in like him, I would have gone mad," she said. "He's not in jail, but he's effectively living in a kind of prison."