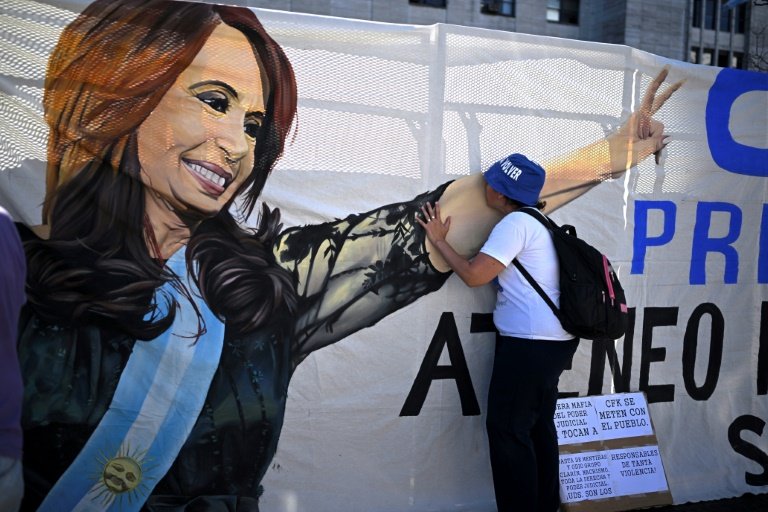 Adored and reviled in equal measure by millions of Argentinians, Vice President Cristina Kirchner was declared guilty of fraud over public works contracts awarded during her time as president between 2007 and 2015 / © AFP

An Argentine court on Tuesday sentenced Vice President Cristina Kirchner to six years in jail for corruption, banning the country's best-known politician from seeking public office after a trial she dismissed as a political witch hunt.

Adored and reviled in equal measure by millions of Argentinians, the divisive former president was declared guilty of "fraudulent administration" over irregular public works contracts awarded during her time as president between 2007 and 2015.

Kirchner wrote on social media that "none of the lies were proven" and that she had been convicted by a "legal mafia".

"I won't be a candidate for anything, not a senator, or a deputy or president of the nation," in 2023 general elections, she wrote on social media after the ruling.

Analysts say it is unlikely that Kirchner will head to jail anytime soon, as she holds congressional immunity through her current role, and still has several avenues for appeal, but the ruling places a giant question mark over her future.

"The verdict will have a strong political impact," said political analyst Rosendo Fraga of the University of Buenos Aires, although "the chances of her being arrested for the sentence are non-existent." 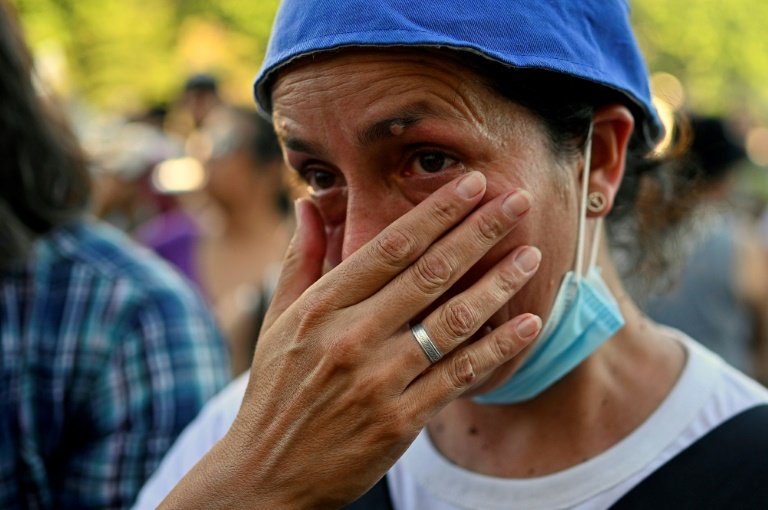 Kirchner was charged alongside 12 others for alleged involvement in the illicit attribution of public works contracts in the southern Santa Cruz province in favor of businessman Lazaro Baez.

The period investigated includes Kirchner's eight years in office and the preceding four years when her late husband Nestor Kirchner, who died in 2010, was president.

The public prosecutor denounced what he called "a system of institutional corruption" and "probably the largest corruption operation" in the country, with "systematic irregularities in 51 calls for tenders" over 12 years.

Eight of Kirchner's co-accused were found guilty and sentenced to between three and six and a half years in jail. Three were released and another had their case dismissed as it had passed the statute of limitations.

Kirchner said the charges were a lie made up by her political enemies.

"This court has been a true firing squad," the veteran politician said during her final address to the court, accusing prosecutors of having "dedicated themselves to disrespecting and insulting me."

As vice president, Kirchner is head of the country's Senate and enjoys immunity as a lawmaker.

Fraga said potential appeals could take up to six years or more.

All eyes will be on potential protests after the verdict.

When prosecutors announced they were seeking a 12-year jail term in late August, mass daily demonstrations took place outside Kirchner's apartment building in the upmarket suburb of Recoleta.

During one of these protests on September 1, a man shoved a revolver in her face and pulled the trigger -- but the gun did not fire. Four people have been charged with involvement in the attack. 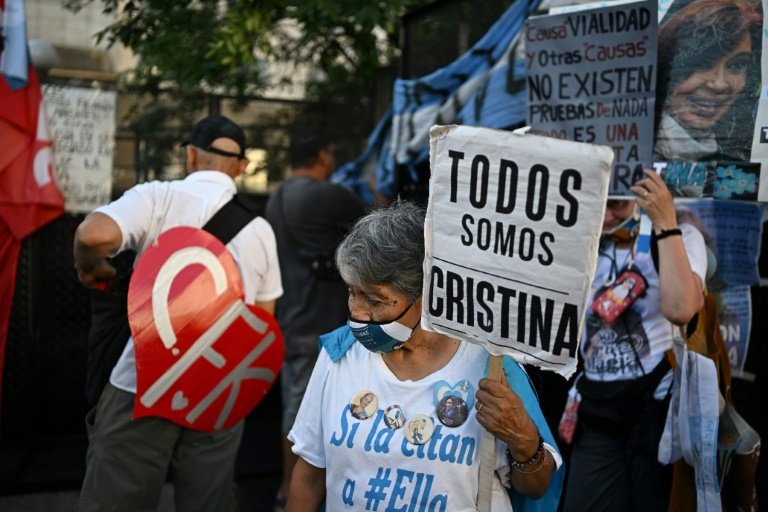 To her working-class base, Cristina Kirchner and her late husband Nestor were the saviors after Argentina's 2001 economic meltdown / © AFP

Several hundred Kirchner supporters gathered outside the courthouse before the verdict was read.

"I am here to defend Cristina. We defend her for what she has done and what we know she can continue to give," said 50-year-old Marcelo Graziano, outside the courthouse.

Kirchner came to prominence as part of the ultimate political power couple, with she and her late husband Nestor Kirchner serving a collective 12 years in the Casa Rosada, the pink presidential palace.

To her working-class base, the Kirchners were the saviors after Argentina's 2001 economic meltdown and social unrest that followed the largest debt default in history, standing up for the little guy against bullies both foreign and domestic.

Her detractors see her as a corrupt, overbearing interventionist who steered the country back towards economic ruin through debt-fueled spending sprees.