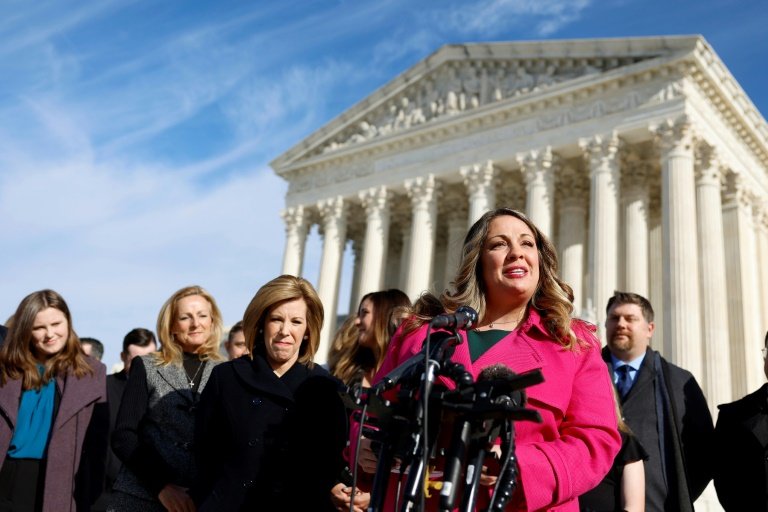 Lorie Smith, the owner of 303 Creative, a website design company in Colorado, speaks to reporters outside the US Supreme Court / © GETTY IMAGES/AFP

The conservative-majority US Supreme Court appeared poised Monday to rule in favor of a Christian graphic designer who refuses to make wedding websites for same-sex couples.

The case, one of the most consequential being heard by the nation's highest court this term, pits free speech rights against anti-discrimination laws.

Lorie Smith, owner of 303 Creative, a website design firm in Colorado, is challenging a state law that prohibits businesses from discriminating on the basis of gender, race, religion or sexual orientation.

Smith claims that creating marriage announcements for same-sex couples would be "inconsistent" with her Christian beliefs and being compelled to do so would violate her First Amendment free speech rights.

The case closely resembles one from 2018 when the Supreme Court partially ruled in favor of a Colorado baker, also a devout Christian, who had refused to make a wedding cake for a gay couple. 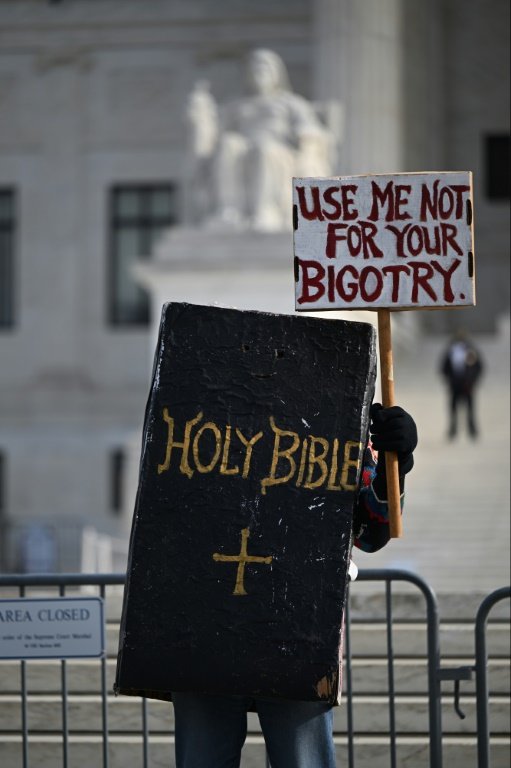 A demonstrator holds signs outside the US Supreme Court / © AFP

During Monday's two-and-a-half-hour hearing, the six conservative justices on the court, which recognized same-sex marriage in 2015, appeared to be receptive to arguments made by Smith's lawyer.

The liberals were deeply skeptical.

"This would be the first time in the court's history that it would say that a commercial business serving the public could refuse to serve a customer based on race, sex, religion or sexual orientation," said Sonia Sotomayor, one of the three liberal justices.

"Where's the line?" she asked. "If I disagree with their personal characteristics like race or disability I can choose not to sell those people my website because it's my speech?"

Ketanji Brown Jackson, another liberal justice and the first Black woman to serve on the Supreme Court, questioned whether religious objections were a valid basis for refusing to provide a service. 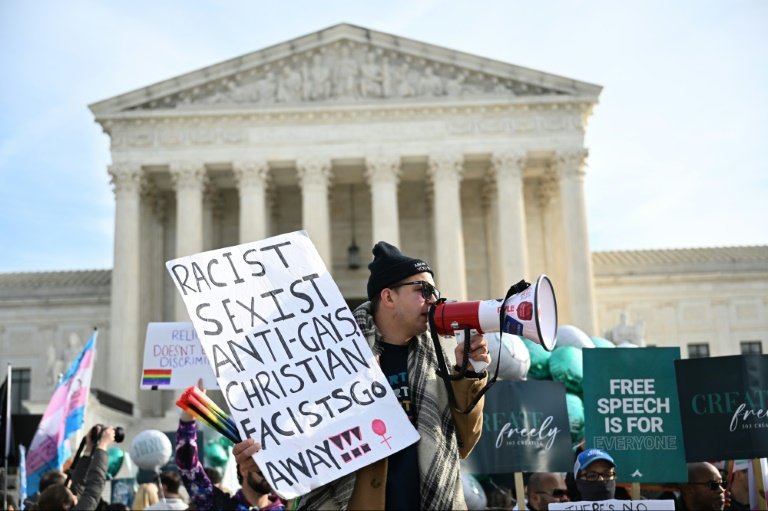 "Historically, opposition to interracial marriages and to integration, in many instances, was on religious grounds," Jackson said.

Conservative Justice Samuel Alito took issue with the comparisons to interracial marriage and also said there are "honorable people who object to same sex marriage." 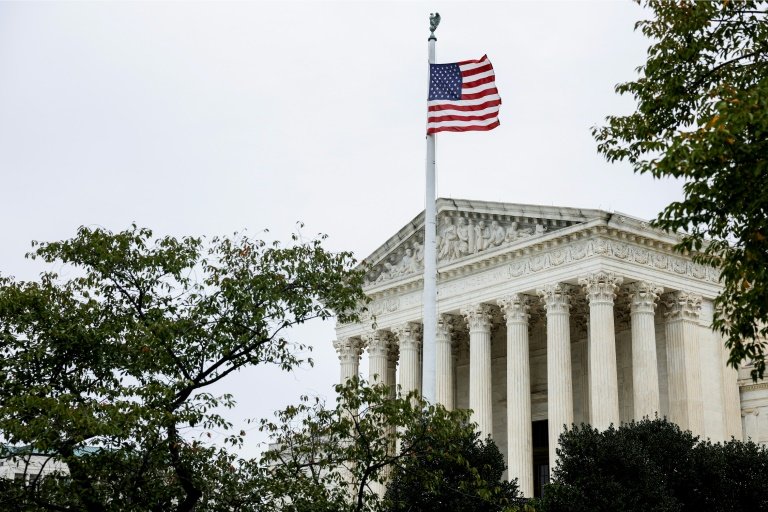 Smith's lawyer, Kristen Waggoner, who heads the faith-based Alliance Defending Freedom, said the state law would force her client to "create and speak messages" she does not believe in "on pain of investigation, fine and reeducation."

"When you're requiring a speaker to create a message to celebrate something that they believe to be false you're compelling their speech," said Waggoner, who represented cakemaker Jack Phillips in the previous case.

"Under Colorado's theory, jurisdictions could force a Democrat publicist to write a Republican's press release," she said.

Waggoner said Smith provides website services to members of the LGBTQ community other than marriage announcements and there are heterosexual unions she also would not endorse.

"So it's about the message and not about the sexuality of the couple?" asked conservative justice Amy Coney Barrett.

Another conservative justice, Brett Kavanaugh, said the case may hinge on the "narrow question" of whether Smith can be considered an artist with free speech rights rather than, for example, a landscaper or restaurant owner.

Colorado Solicitor General Eric Olson said a company can "sell websites that only feature biblical quotes describing a marriage as between a man and a woman -- just like a Christmas store can choose to sell only Christmas-related items.

Asked about the case, White House Press Secretary Karine Jean-Pierre said the Biden administration "believes that every person, no matter their sex, race, religion or who they love, should have equal access to society, including access to products and services." 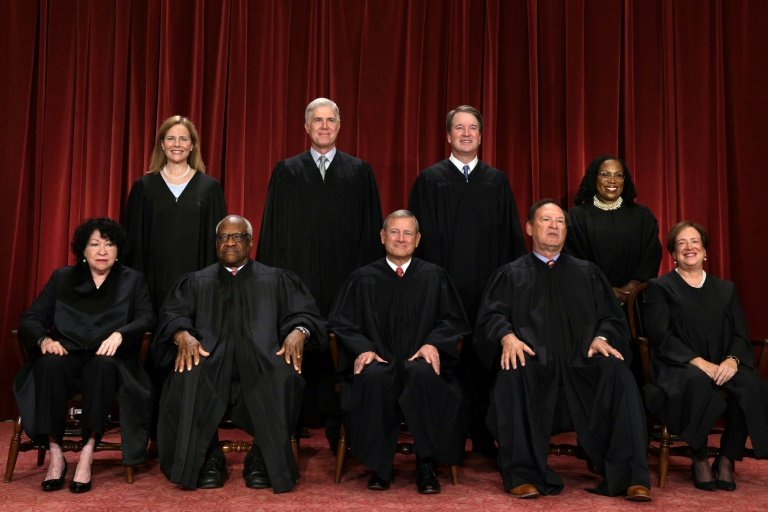 In the 2018 case, the Supreme Court voted 7-2 that the Colorado Civil Rights Commission had displayed anti-religious hostility toward the baker, thus violating his constitutional rights.

The court, however, did not squarely address the issue of whether a business can decline to serve gays and lesbians on free speech or religious grounds.

The Supreme Court has undergone a radical transformation since that ruling, with two staunch conservatives nominated by former president Donald Trump replacing one liberal and one swing justice.

The Supreme Court is expected to deliver its ruling before the end of June.