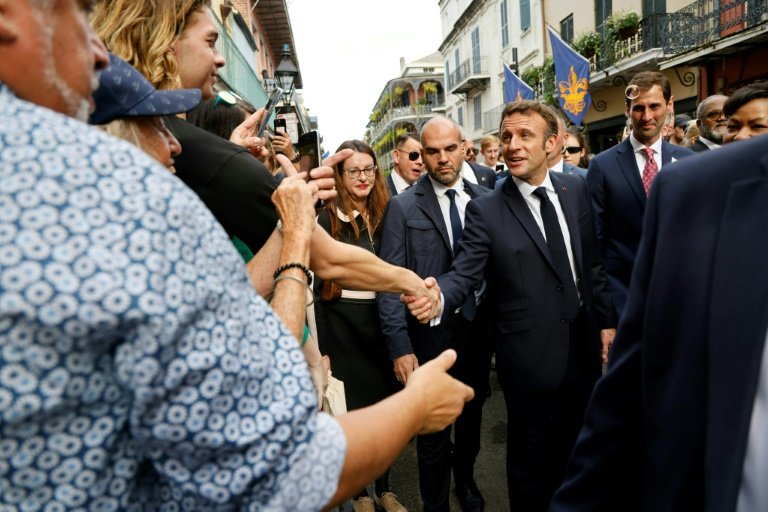 President Emmanuel Macron on Friday visited New Orleans, a city emblematic of historic Franco-American ties, to promote the French language and conclude his state visit to the United States.

The French president, on the third day of a US trip that included a lavish reception at the White House a night earlier, strolled New Orleans's historic French Quarter -- and held an unannounced face-to-face meeting with Twitter owner Elon Musk.

Macron said the two had a "clear and honest" discussion during an hour-long meeting, and that he conveyed to Musk his -- and Europe's -- concerns about content moderation on the influential platform.

"Transparent user policies, significant reinforcement of content moderation and protection of freedom of speech: efforts have to be made by Twitter to comply with European regulations," Macron tweeted after the meeting.

Macron arrived in the iconic Louisiana city to a colorful welcome by a jazz band on the tarmac at the airport, before walking the French Quarter's lively streets with his wife, Brigitte. 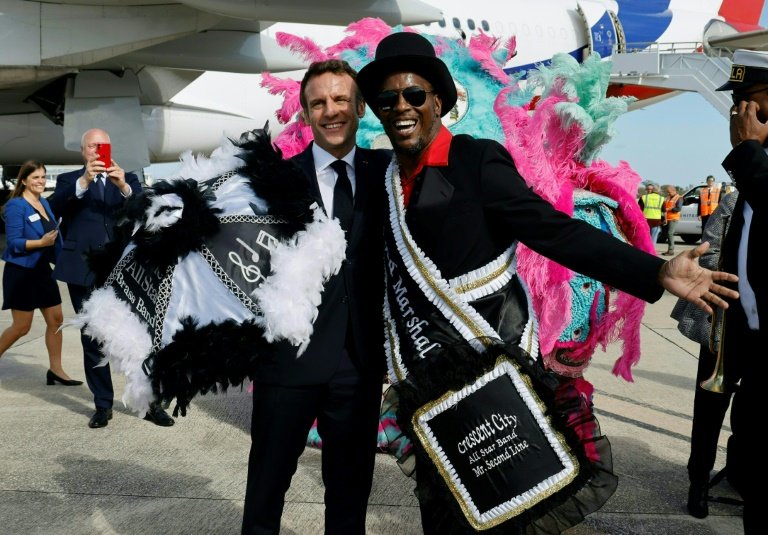 French President Emmanuel Macron is welcomed by members of the Crescent City All Star Band upon arrival in New Orleans on December 2, 2022 / © POOL/AFP

Removing his jacket, Macron strolled beside New Orleans Mayor LaToya Cantrell, clasping the hands of well-wishers and beaming widely. He spoke briefly with women holding signs in support of protests in Iran.

During an impromptu press briefing, he praised "a land of creolization" where "French is loved," and later announced a program to broaden access to French language training.

He had said in Washington that he wanted to renovate the image of French in the United States, where it is "sometimes seen as elitist." 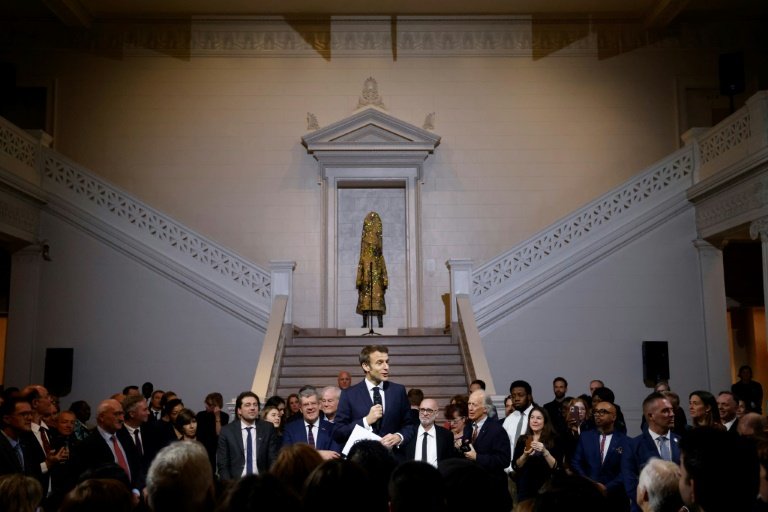 French President Emmanuel Macron speaks about the relationship between Louisiana and France at the New Orleans Museum of Art on December 2, 2022 / © AFP

Before taking off from Washington earlier Friday, Macron attended a breakfast with representatives of digital companies during which he, according to the Elysee, recalled "all the efforts" made since his first term to "make France the leading European country in tech."

Once a French colonial city, New Orleans was sold to the United States by Napoleon as part of the Louisiana Purchase of 1803, and Macron has called it "the quintessential francophone land."

Besides celebrating French-American ties, Macron paid tribute to the victims of Hurricane Katrina, which killed more than 1,800 people in and around New Orleans and caused billions of dollars in damage in 2005. 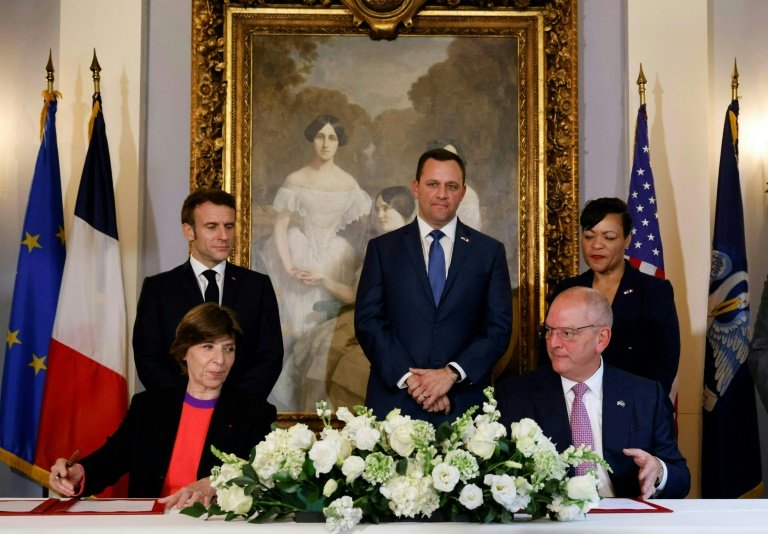 Shortly after his arrival, Macron and European Affairs Minister Catherine Colonna met with Louisiana Governor John Bel Edwards. As Macron looked on, Colonna and Edwards signed an accord to promote and carry out joint clean energy initiatives.

The visit came on the heels of a lavish dinner hosted by President Joe Biden at the White House, headlined by master jazzman Jon Batiste, who comes from a family of New Orleans musicians.

Macron's state visit -- the first such formal occasion since Biden took office in January 2021 -- symbolized how Washington and Paris have buried last year's bitter spat over the way Australia pulled out of a French submarine deal in favor of acquiring US nuclear subs instead.

The visit featured a full military honor guard for Macron, including service members from the marines, army, air force and even a detachment of soldiers in 18th-century Revolutionary War garb.