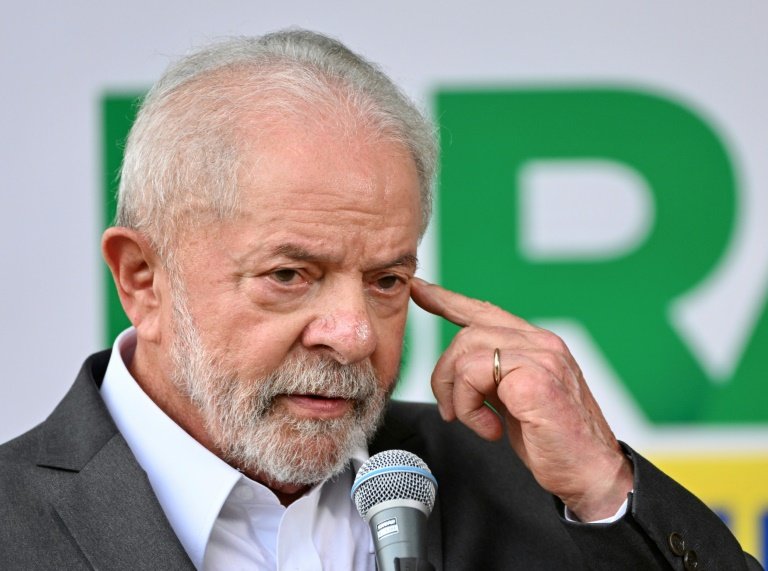 Brazilian president-elect Luiz Inacio Lula da Silva and US officials said Friday he is planning to meet with President Joe Biden at the White House, likely before taking office on January 1.

"I can confirm that we are planning for a visit," White House National Security Council spokesman John Kirby told reporters. "We look forward to welcoming president Lula here at the appropriate time."

Another NSC spokeswoman, Adrienne Watson, said that Biden's national security advisor, Jake Sullivan, would travel to Brazil Monday to meet with Lula, as well as with members of outgoing President Jair Bolsonaro's administration.

Veteran leftist Lula defeated far-right incumbent Bolsonaro in a hard-fought election in October, returning to power after two presidential terms served from 2003 to 2011.

Lula said he and Sullivan would "hold talks and discuss the date" for a visit to Washington -- probably after December 12, the day his victory is formally ratified by Brazil's electoral tribunal, he told a news conference in Brasilia.

But ties look set to warm under Lula.

Biden was one of the first world leaders to congratulate him on his election win.

"I think we have a lot to say to each other," Lula said.

"The United States is facing the same problems with democracy as Brazil. The damage Trump did to American democracy is the same as what Bolsonaro did to Brazil."

Diplomatic issues on the table will include "US-Brazilian relations, Brazil's role in the new geopolitics (and) the unnecessary Ukraine war," Lula said.

The Biden administration will also likely be keen to discuss climate policy, after four years of surging deforestation in the Brazilian Amazon under agribusiness ally Bolsonaro.

Lula vowed last month at the UN climate conference in Egypt -- which Bolsonaro skipped -- to fight for zero deforestation in Brazil's 60-percent share of the world's biggest rainforest, a key resource in the fight to curb climate change.

The incoming president said he would also begin naming his cabinet ministers after December 12 -- with markets particularly anxious over his pick for finance minister, amid concerns about how his government will pay for his promised social spending.

The White House said Sullivan will be accompanied by other officials from the NSC and the State Department when he visits Brasilia on Monday.

"During the meetings, Sullivan will discuss how the United States and Brazil can continue to work together to address common challenges, including combatting climate change, safeguarding food security, promoting inclusion and democracy, and managing regional migration."